Read more
You are at:Home»Features»Why Disney’s live action remakes are a good thing
By David Mitchell-Baker on June 8, 2016 Features

Since the release of 2010’s unfathomably successful Tim Burton directed Alice in Wonderland (seriously, how the hell did that movie make $1 billion?!), Disney has rolled out three more live-action remakes/reinterpretations of some of their most popular and iconic animated movies. First there was 2014’s Maleficent, which was followed by Kenneth Branagh’s Cinderella last year, and more recently Jon Favreau’s The Jungle Book. Collectively, these three movies have grossed over $2 billion and counting, given the strong continuing power of The Jungle Book, and have been, mostly, looked upon favorably by critics and audiences.

2016 also brings us the recently released, and critically lambasted, Alice in Wonderland: Through the Looking Glass; a Steven Spielberg helmed BFG movie, although this isn’t strictly a remake; and a live-action remake of Pete’s Dragon, starring Bryce Dallas-Howard and Robert Redford. Of course, as well as these, we cannot forget 2017’s Beauty and the Beast featuring what is arguably the greatest cast of all time.

Beyond this, Disney have announced, though not scheduled, several more live-action remakes: an untitled Chip ‘n Dale movie; an Emma Stone fronted Cruella, of 101 Dalmatians fame; a Tinkerbell movie, Tink; another Peter Pan; a Tim Burton directed Dumbo; Mulan; Winnie the Pooh; Pinocchio; a Genies movie (intended as a prequel for a live-action Aladdin); The Sword in the Stone; and sequels for both Maleficent and The Jungle Book.

Now you can breathe.

That’s a hell of a lot of remakes. However, whilst many may be quick to criticize such an approach, it’s not all bad, not by a long shot. There are a number of reasons as to why these live-action remakes are very much a good thing for Disney and their audiences.

Classic movies for a new generation 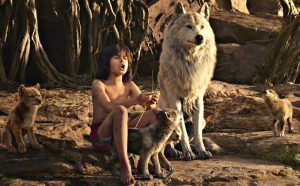 Building upon the original (image via IMDb).

This has been Disney’s play all along, to resurrect their much loved classics for a new generation of fans to appreciate, all whilst making subtle changes and improvements for those who remember watching the originals as youngsters and falling in love with the sheer wonder of Disney. Whilst Maleficent may have missed the mark with its changes and reinterpretations (seriously, who wrote that final act?), The Jungle Book absolutely hit the mark and then some. Favreau incorporated many of the same beats of the original such as ‘The Bare Necessities’ and the Mowgli-Bagheera-Baloo dynamic, whilst still shaking things up enough so that it was not a carbon copy; Shere Khan became a villain with proper motivations while Mowgli and Raksha’s relationship was properly developed.

With Beauty and the Beast, Disney have, at least in my opinion, a perfect animated film to work from, the 1991 original stands as one of the greatest animated films of all time and undoubtedly one of Disney’s finest. It should be all too easy for director Bill Condon to replicate the success and popularity of the original movie. Whilst it may be a very similar movie, there seems to be enough differences from what we’ve heard so far, including new songs and a new character, Cadenza the grand piano, voiced by one Stanley Tucci, to ensure that we simply don’t have a re-hash of something that is barely 25 years old.

You can just picture the look on the kids’ faces as they experience the Emma Thompson voiced Mrs Potts’ rendition of ‘Beauty and the Beast’ on the big screen for the first time.

They allow Disney to pursue original content as well

Fresh and original – Zootopia, the surprise hit of 2016 (image via IMDb).

The Disney brand is undoubtedly one of the most well known and iconic brands of all time; the image of the castle and the shooting star is unforgettable and unmistakable.

Regardless of the success of their live-action remakes, Disney will always be producing new movies; but when a Jungle Book movie makes a studio close to $1 billion in 2016, studio profits and confidence goes through the roof, and projects can be green lit left, right and center, the financial risk is lessened.

For every Peter Pan there’s a Zootopia – one of the best reviewed films of the year and currently creeping its way to $1 billion – an original movie. Say what you will about Brad Bird’s criminally underrated 2015 film Tomorrowland, but credit must be given to Disney for being willing to take a chance on an entirely original and fresh concept in a world of remakes, reboots, sequels and prequels and back an exciting director like Brad Bird with a $190 million budget.

Would we have had Frozen had people not flocked to see Alice in Wonderland? What about Big Hero 6? As stated we’ve already been gifted with the terrific Zootopia this year and November sees the release of another new and original Disney animated movie, Moana, starring a little known actor by the name of Dwayne “The Rock” Johnson.
For every remake we support, Disney rewards us with something new. 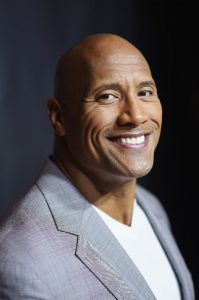 All the stars are coming out tonight… Dwayne “The Rock” Johnson, star of Moana (image via IMDb).

What’s better than seeing your favourite actors and actresses filling some of the most iconic roles of all time?

The live-action remakes attract some huge stars (Angelina Jolie, Cate Blanchett, Ian McKellan) and give the exciting up and comers (Lily James, Neel Sethi, Dan Stevens) a big breakout role. Not only are these names big box office draws, but they often provide quality performances which please the critics and audiences and revitalize the characters in the eyes of the fans, a new take on an already great character – case in point, Bill Murray in The Jungle Book.

The voice-over roles are just the same; Jason Bateman was perfectly cast in Zootopia, as was TJ Miller in Big Hero 6 and who doesn’t want to see The Rock, the aforementioned star of Moana, in a voice role?!

Ultimately, it’s all up to your personal opinion on these things. Some people love the remakes and some don’t, and you can see the arguments for the both sides. However I really do think that we need to give them more of a chance. The next few years of remakes could be make or break for Disney – Will they continue to succeed? Will audiences still go to see them? Can they help to sustain Disney? Will they fall back on doing more sequels?

One thing is for certain though; on their day, Disney can nail it like no other.