Read more
You are at:Home»Features»Marvel’s Cinematic release slate: Is it removing all the fun?
By David Mitchell-Baker on April 26, 2016 Features 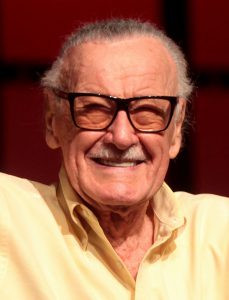 The Marvel Cinematic Universe (MCU) is a tour-de-force of modern cinema, attracting fans from all four quadrants and making a tonne of money in the process. As of writing the franchise stands at a total box office gross of over $9 billion worldwide. With the obvious exception of Star Wars, there is no movie franchise that generates as much buzz, merchandise, money and popularity as the MCU.

Several other studios, having seen the success of Marvel, have sought to capitalise on the tremendous success and growing popularity of Superhero movies. Warner Bros. have fast tracked a Justice League/DC cinematic universe which so far has featured the financial successes of both Man of Steel and Batman v Superman: Dawn of Justice, with Suicide Squad, Wonder Woman and The Flash all hitting screens in the next few years. 20th Century Fox have also sought an expansion of their long running, trailblazing X-Men movie universe with recent R-rated mega hit Deadpool earning over $750 million worldwide and a Doug Liman directed, Channing Tatum starring Gambit movie soon entering production, not to mention an X-Men: The New Mutants movie being developed with Stuck In Love and The Fault In Our Stars writer/director Josh Boone on board and the rumoured inclusion of Game of Thrones star Maisie Williams. Superhero movies are taking over.

With so many characters and so much ardent fan support, Marvel have been planning their universe for a long time, planting flags for release dates of sequels and origin stories and casting stars left right and centre for said movies. But is all this forward thinking and planning a detriment to the MCU? 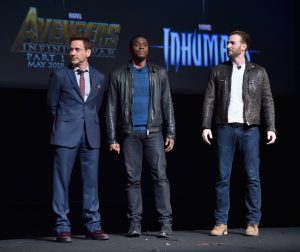 But lets look at the positives first. The undeniable example of this is just how excited and thrilled fans get for these movies.

Think back to October 2014 and Marvel’s announcement of Phase 3 of the MCU; the big announcement was made by producer Kevin Feige himself (better known by some MCU fans as Jesus) in the El Capitan theatre in Hollywood, California. Big enough for you? No? Well how about the fact that he announced nine, yes nine, upcoming films starting with 2016’s Captain America: Civil War and culminating with the two-part Avengers: Infinity War in 2018 & 2019? Still not big enough for you? Well how about the fact that franchise stars Robert Downey Jr. and Chris Evans came out on stage to promote Civil War and formally introduce for the very first time Chadwick Boseman as Black Panther? Got it? Good.

Fans in the theatre erupted at the reveal of two simple words for a movie’s logo and fans worldwide were positively giddy and over the moon at the prospect of nine Marvel movies in just four years, the hype was enormous and anticipation began to swell. Marvel knew exactly what they were doing and boy did it work.

A little icing on top of this impressive cake came when Marvel then confirmed that, thanks to the critical and financial success of Ant-Man, a previously unannounced sequel entitled Ant-Man and the Wasp would now be released in July 2018 with Peyton Reed back to direct and Paul Rudd, Evangeline Lilly and Michael Douglas all back on board to star. The fans had spoken and Marvel had listened. 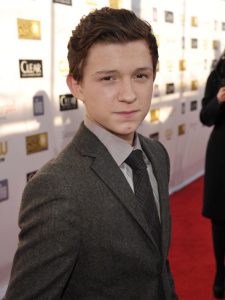 However, the proverbial cherry for this cake was put in place in early 2015 when Marvel confirmed that they had reached an agreement with Sony Pictures, after the messy situation surrounding The Amazing Spider-Man 2 and a subsequent Spider-Man universe, to have a new Spider-Man in the MCU. Suffice to say that most fans lost their collective shi-sugar. New Spider-Man, 19 year old British actor Tom Holland, was then confirmed for a role in Captain America: Civil War and his own stand alone film in 2017, later entitled Spider-Man: Homecoming with Jon Watts (Cop Car, Clown) on board to direct.

Marvel had baked a delicious looking cake and fans could not, and still cannot, wait to have their slice.

Not only is this a clever move on Marvel’s part to announce these films to build up fan anticipation and potentially rouse the attention from as-of-yet-‘unconverted’ fans, but it is also a pragmatic business move. If Marvel announce a movie for a specific date, title/character specific or not, then other studios will stay well away from this date, knowing that they will likely be shooting themselves in the foot by opening a movie against Marvel. In picking dates and planning a release schedule, Marvel are forcing studios to plan around them. Just look at what happened with Batman v Superman: Dawn of Justice; it was originally slated for the same release date as Captain America: Civil War before Warner Bros. choked and brought the release date forwards so as to avoid the monolithic juggernaut that Civil War will likely be.

However, it’s not all sunshine and rainbows for Marvel with this lengthy release slate. One huge and incredibly annoying problem (at least for this writer) with this approach is the inevitable predictability and, in some cases, spoiler-centric nature of their movies that follows. 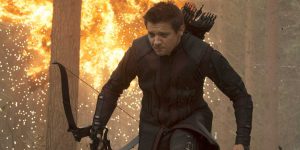 In the build up to Age of Ultron, speculation was rife as to who would bite the bullet. The trailers and marketing had established a dark and gritty tone for the movie and many fans predicted that at least one of our heroes would fall at the hands of Ultron and his minions, but who would it be? Popular belief was that it would be Hawkeye (Jeremy Renner) who would die in the big third act battle of the film.

So what did Marvel do mere days before the film’s release? THEY ANNOUNCED HAWKEYE FOR CAPTAIN AMERICA: CIVIL WAR!!!!!

Throughout the film, Hawkeye actually gets some characterisation and it seemed like director Joss Whedon was building towards a hero’s death for Renner, even more so when he begins to run, unprotected, across a street to save a small boy as Ultron descends in a fighter jet. But it turned out to be Aaron Taylor-Johnson’s newly introduced Quicksilver who would take the bullet for Renner, dying before we could even fully explore or get to know the character. But I already knew that Hawkeye wouldn’t die because Marvel had announced everyone’s 6th or 7th favourite Avenger for a film coming out a year later.

This is not the only instance of this; more recently Robert Downey Jr. has been confirmed for Spider-Man: Homecoming before the large majority of us have even seen Civil War, so we know that he’ll survive the movie that’s being touted as Hero v Hero and teasing us that not everyone is going to live. Chris Pratt’s Star Lord has already been confirmed for Avengers: Infinity War, two years before the movie’s release and a year before we even get to see him again in Guardians of the Galaxy Vol. 2, completely destroying the stakes of Guardians 2‘s endgame. 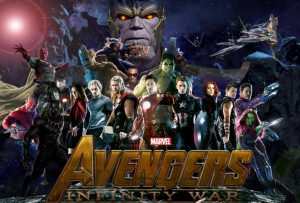 So. Many. Characters. So. Many. Movies.

How am I meant to take these movies seriously if I know that the heroes are all going to make it out in one piece?! I get that Marvel want to plan ahead of time but given that a lot of casual movie goers (who actually make up a sizeable portion of their audience) won’t even know about an upcoming movie until they see the first trailer or poster, then surely they can hold off on confirming stars and movies until a little later, at least until after the movie has been released. Why spoil a movie days before release?

There is also such a thing as superhero fatigue, and it’s been kicking in recently. Age of Ultron under performed somewhat with audiences, making less money than the first movie and facing lower audience approval ratings on cinemascore.com and IMDB, Ant-Man also performed a little below expectations financially even though it’s projections weren’t excessive to begin with. With Marvel playing it safe with all of their films, audiences grow a little bored; part of the reason why I believe that Deadpool was such a huge success. Fox took a gamble on the comic book readers’ cult hero and gave him a movie fitting of the character. It was something new, exciting and fresh. And, you know. They didn’t announce a sequel three days before its release date!

They’ve already been announced, already in production, already cast – would Marvel drop their films or fear for their success? With this fatigue kicking in, does it spell doom for the likes of Doctor Strange, Thor: Ragnarok and Black Panther? Probably not, but just remember that this time last year people were expecting Age of Ultron to smash all previous records set by its 2012 predecessor and rival Star Wars: The Force Awakens as the highest grossing film of the year. That was before Minions and Jurassic World could even be considered as potential competition.

All in all, Marvel’s strategy is a bit of a mixed bag. There are definite upsides for what they are doing, but the negatives beg the question of whether what they are doing is the right thing or not. Admittedly it may just be an irritant to someone like me who closely follows movie news and is a die hard MCU fan. But those fans shouldn’t be ignored here. They are Marvel’s biggest followers when it comes to release dates and casting.

I trust in Kevin Feige, but he may need to rethink his strategies.