Channel 4’s university comedy, Fresh Meat, drew to a close this month with a fourth and final series. It’s a series every uni student can relate to; the wild nights, the rushed essays, the mistaken hookups. Most of all, the six students perfectly represent some of the ‘types’ you’ll meet at uni. We all know a JP, a Howard, a Kingsley, a Josie, or an Oregon, even a Vod if we think hard enough. Let me specify… 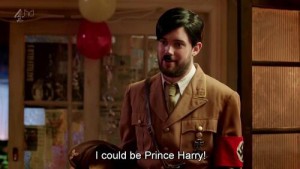 Ah, the posh prick with a heart. JP (real name Jonathan Pembersley: cringeworthy nickname, first tick) is someone I think we’ve all come across at uni. He’s the total definition of a ‘lad’, pulling a reluctant and mismatched gang of friends along on his ‘whirlwind adventures’, which often turn out to be disasters. He likes to think of himself as a bit of a lothario when it comes to the women, when really he spends more time getting acquainted with his right hand. On a deeper level, though JP is seemingly defined by his privileged background, his perceived superiority is actually what pulls JP back, and isolates him from his friends. Although most of his adventures end in disaster, without your very own JP university would be a lot more boring, and you wouldn’t have a lot of those legendary stories under your belt.

Favourite JP Quote: ‘But it’s got a scullery, Howard! Think of all the facts we’ll learn in a scullery!’ 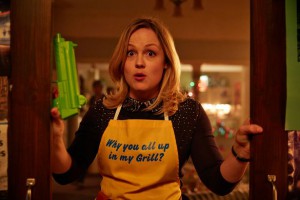 The loveable Welsh one! When you first met Josie, you thought: aw, what a sweet, shy and sensible young girl. But now you know her a bit better, she’s actually stubborn, with a blinding temper when you don’t do your washing up. What’s more, Josie is the resident alcoholic, drinking through the day to ignore her problems. While I hope nobody you know has drilled through the cheek of a patient in a shock dentistry accident, Josie is a common ‘type’ at uni, primarily because of her various relationships. At the start of the show, Josie is the girl in a long-term relationship when she arrives at uni, but before long she’s entered into a romance with the boy next door, not to mention the casual hook-ups with another of her housemates. And who said that flat-cest (flat incest, my flat’s own quip for the various interrelations we can’t seem to avoid) wasn’t a good idea?

Favourite Josie Quote: ‘I didn’t break her arm. I used her own weight against her, so, in a way, she broke her own arm.’ 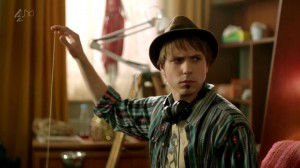 Kingsley’s another one whose first impressions are far from accurate. In the first series, Kingsley is the naive virgin who falls deeply for the girl next door. He’s the one with the biggest sense of realism – the most ‘normal’ of the group. However, this realism soon turns into pessimism after several failed relationships. This pessimism stems from insecurity, which also prompts him to make rather rash decisions he later comes to regret. Kingsley also comes across as quite pretentious, or as he would say ‘in touch with the art and essence of life’ – yeah, he’s that housemates that sometimes needs to just shut up about the latest inspiring thing they’ve read.

Favourite Kingsley Quote: ‘In case you missed it, I was a virgin, I am no longer a virgin, and I will keep you updated as things develop.’ 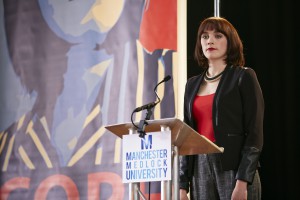 Oregon combines many of the features seen in new ‘freshers’ when they arrive at uni. She is first of all desperate to fit in, giving herself a jazzy new nickname to separate herself from a well-off past and demanding parents. She is studious, but finds herself giving all her answers to her scatty coursemate, Vod, compromising her own marks. As with many of the others, she dramatically changes in her time in university, and ends her time there as a dictator-esque union president, even publishing her own version of Mein Kampf. Scary stuff, to think that the quietly studious friend sat next to you as you read this article could turn into a modern day Hitler should they ever run for university politics. Despite this, Oregon’s close friendship with Vod is surely goals when it comes to your housemates.

Favourite Oregon Quote: ‘He’s an anarchist, but he is lovely.’ 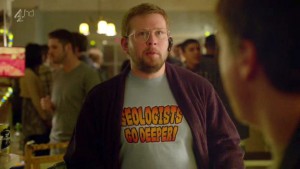 Let’s be honest, every flat has a Howard; a quirky, unsociable, at times slightly terrifying lad that winces at forced social interaction. While many of us may struggle to be friends with our own Howards, there are a lucky few amongst us that get to know the man beneath that knitted jumper; and he’s surprisingly nice. Just in need of some good friends, Howard breaks out of his shell to form several surprising relationships – and as this is uni, all of them end in disaster and a good dose of pessimism from our favourite Scotsman. Howard also has a geeky side to his personality, making regular references to the Lord of the Rings which his housemates are often oblivious to.

Favourite Howard Quote: ‘I’m not some kind of drama queen who has to be transferred onto a drama course to make more drama in their life! I’m the opposite of a drama queen, I’m a reality queen.’ 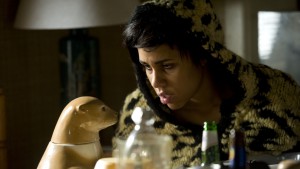 Vod is Fresh Meat‘s breakthrough character; completely individual with a strange charisma in her ‘I don’t give a f*ck’ personality, your first thought is probably that you’ve never met anyone like her. Think again! Vod is a mismatch of uni stereotypes. Take her politics; she refuses to support one party as none of them accurately represent her views, aka ‘I don’t believe in politics’ (a comment I’ve heard too many times from people I’ve met at pres). Beneath her wildness and outspokenness, there is again an insecurity that can only be fixed by a firm group of friends.

So, next time you sit down with your respective gang in the pub, look around and think; is my life really that different from that of Fresh Meat? And, if you really want to terrify yourself, you could try and work out which one of them you are…

Fresh Meat‘s fourth and final series is available for a limited time on All4, Channel 4’s catch up service.