Read more
You are at:Home»Features»Slay-ing it: Now I look and look around and there’s so many Kanyes!
By James Slaymaker on March 28, 2016 Features

With a public persona so purposefully outsized and schizophrenic as Kanye’s, it can be difficult to determine which of his public statements are genuine and which are puckish provocation. That so many journalists have taken his branding of Life of Pablo as his “gospel album” is somewhat understandable, given that the album is saturated with deliberately provocative lyrics (“I hate the new Kanye/The always rude Kanye/Spaz in the news Kanye”) and endless brand names, plus it demonstrates an ambivalent attitude to hedonistic excess and a very lax one towards political correctness. Though Kanye’s latest exploration of how to maintain a whole and unified identity within the trappings of homogenized materialist privilege is marked by a series of the antagonistic gestures for which the musician has become a figure of scorn and admiration in equal measure (casual fourth wall breaks, modified quotations, re-contextualized samples, esoteric cultural references, multifaceted puns, semi-coherent ad-libs), it’s also, at its core, a tender and often somber meditation on the search for spiritual worth in the midst of an oppressively consumerist dystopia.

Kanye has always been interested in the audial possibilities in stringing together a multitude of disparate beats into new, complex compositions, but this tendency seems to have reached a fever pitch here. Life of Pablo is less brazenly confrontational than Yeezus, but it’s sound can similarly be described as maximalist audial anarchy. There’s an infectious exuberance to the way Kanye effortlessly mixes so many different genres and modes, anachronistic and hypermodern, high and vulgar – soul music, gospel chants, avant-garde noise rock, industrial hip-hop, synth pop, electro, synthesized guitar solos. These differing sounds have been carefully combined through digital, intuitive editing techniques, so that they come together to form a palimpsest that’s surprisingly cohesive even though it’s often intentionally arrhythmic. Despite Kanye’s reputation for being first and foremost an obsessive aesthete, Life of Pablo gets at some lofty sociological issues. Kanye’s primarily concern here is exploring the space where the rhetoric of religion and the rhetoric of advertising differ and converge.

In outline, that may sound pretty heavy handed and on-the-nose, but in practice it isn’t, because Kanye doesn’t simply contrast one with the other; he perceptively finds parallels between the two. Both systems perpetuate themselves by signalling out the individual to make them feel somewhat empty, then promising fulfilment, which remains perpetually unattainable. Both promise theoretical transcendence, in practice, ultimately thrive on breeding social division, keeping their targets in a state of perpetual desire, and reinforcing conventional power hierarchies.

Amid this musical chaos, Kanye cultivates a thematically orchestrated structure: the first three songs voice his desire to re-connect with spiritual roots; tracks 4-10 exuberantly focus on his public persona and hedonism, as well as co-opted religion, plunging us into the gaudy excess of the fabrication, a false nirvana; tracks 11-16 are more vulnerable, highlight the loneliness and paranoia of these systems; the finale searches for an oblique form of transcendence through form via sound collage. At the centre of this barrage is Kanye’s own confessional, addressing his chequered public image, his ambivalence towards domestic life, and his efforts to retain an individual, distinctly black identity within the gentrified milieu of high-end consumerism. In a mixture of economical witticisms and didactic passages, Kanye obliquely decries the whitewashing of the industry to which he owes his success, the subtle endurance of racial boundaries, the erosion of the private sphere and the persistence of a neo-liberal rhetoric that’s increasingly looking like a new form of fascism. 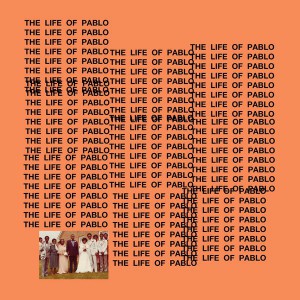 As always in Kanye’s worldview, grand expenditure is inherently tied to the historical and institutional evils to which the U.S. owes its wealth; seemingly frivolous lyrics about the joys of spending are weighed down by their connections to cultural imperialism, the legacy of slavery, and colonization. L.A’s socialite circle are the most heavily implicated, perhaps because they’re the most complacent; adrift in a de-territorialized cycle of dinner parties and fashion shows, chic nightclubs and indulgent shopping sprees, distracting their thoughts with arbitrary, self-constructed social codes, and they are able to ignore the social inequality that their class is based on, as well as the co-opting and whitewashing of cultural and regional specificity from which much of their disposable culture is based on.

For Kanye, the lure of this lifestyle is irresistible even while he seeks to distance himself from it – Why Kanye is so often lambasted for so fearlessly embodying his essential contradictions while so many artists are applauded for disingenuously – and cynically – jumping onto popular political bandwagons is beyond me. The funniest parts of Life of Pablo find the artist poking at the products of this crazy materialist simulacrum, viciously picking it apart with a range of sonic weapons – disruptive high-pitched squeals, brash chord changes, jarring ambient noise, sonic material piled atop sonic material – while picking at those who disguise their selfishness and political reactionary impulses in the rhetoric of politically correct level-headedness. As Kanye describes them, he impishly manipulates the form with loud bursts of strings, brutal maxed-out sound textures, and nasty phosphorescent exposures, abrasive squeals.

Kanye’s lyrics are infused with a mercilessly self-reflective bent. His penchant for framing himself as a virtuosic genius whose anti-social tendencies will ultimately be justified by his place in artistic history (“I can’t let these people play me/Name one genius that ain’t crazy”), is combined with a simultaneously effort to pick apart the systems of artistic self-realization that allow insecure men craving validation to indulge in self-mythologizing. In “I Love Kanye”, the musician playfully expresses his alienation from his own star persona – “I invented Kanye/There weren’t any Kanyes/Now I look and look around and there are so many Kanyes!”

How is self-hood defined when, in the eyes of the population, your identity is defined by those you don’t know, selectively picking and choosing details to create fragmented textual portraits? How does a person reach for spirituality when the very idea has been co-opted, transformed into a commodified buzzword? How does one define beauty when its aesthetics have become easily to replicate and associated with advertisements? Is an attractive image or sound inherently less valuable because it’s tied to a commodity?