Read more
You are at:Home»Features»Why UK music festivals need to stop playing it safe with their bookings
By David Mitchell-Baker on March 10, 2016 Features

The metal-heads have Download. The rap or Rn’B fans have Wireless. The pop lovers have V. The post-GCSE celebrating teenagers getting drunk for the first time have Reading. And Glastonbury seems to fit everyone’s needs. 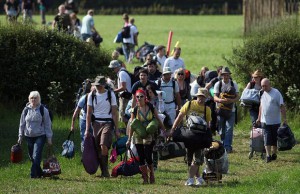 Music festivals are a staple of British summer time. There’s something liberating and fun about cramming five days worth of camping equipment into a Volkswagen Golf and heading out on a road trip to your favourite festival for a weekend of music, disgusting toilets, drinking and questionable life decisions. But as much as we may flock to these festivals for the fun and the friendship, at the end of the day, it really is all about the music.

Festivals allow us to see our favourite bands and artists up close and bellow out our favourite tunes along with tens of thousands of people, all of us having the time of our lives. It’s all down to the hard work of the festival organizers to bring us these acts; some stadium filling megs stars, some lesser known bands who played in your local pub once upon a time, and others reside somewhere in between.

However these bookers can often play it safe with their choices… a little too safe, and 2016 has already seen several festivals fall victim to this. I’m going to attempt to explain why it is that festivals need to start broadening their horizons and shaking things up with their booking, mainly their headliners. A headline act can make or break a festival; nine times out of ten, they’ll get the biggest crowds, liveliest fans and the most TV coverage. All eyes are usually on them. So why can’t the bookers make some bold steps?

Firstly, let’s have a look at the Reading & Leeds Festival…

After Glastonbury, the Reading & Leeds festival is, arguably, the biggest UK festival. Long known as the Reading “Rock” Festival, in recent years it’s begun to tackle a more mainstream audience and expand its appeal, an undoubtedly smart business strategy. Up and coming indie bands and dance acts have had a chance to showcase their material and live shows to bigger and more raucous crowds.

Foals’ secret set at Reading 2015; this year they make their headlining debut.

The booking looks good from Reading this year, but it’s a little too safe. Foals were born for Reading; their indie rock roots are laced with elements of punk and alt rock that the Reading crowd traditionally loves. This feels like a well deserved headline slot for the Oxford rockers and something fresh and exciting for Reading.

Putting my personal dislike of EDM to one side, Disclosure also seems to be a good choice. They may not have as deep a back catalogue as the other headliners and there is only so much you can get out of two guys with laptops, but they will likely put on a good show that will satisfy the younger audience.

The booking of Red Hot Chili Peppers is an interesting one. With a new album on the way, organisers saw it fit to bring them back for another headlining shot. I can’t help but feel that the general interest in the Red Hot Chili Peppers has waned in recent years. I’m With You was just forgettable, fans have complained at the departure of guitarist John Frusciante, and their popularity isn’t quite what it once was. This is a rather safe and somewhat uninspired booking on Reading’s part.

But Sunday’s headliners are undoubtedly the safest possible. Both Biffy Clyro and Fall Out Boy played the festival a mere three years ago, and only Fall Out Boy have new material to show. But their setlists and live shows have become increasingly more deprived of the original punk rock material that made them popular in the first place. As spectacular as Biffy were in 2013 (seriously, they crushed it), this is an incredibly safe piece of booking from Reading, which seems to be there just for a reliable show to compensate for the potentially underwhelming experience of the Chilis and the (somewhat) risky booking of Foals and Disclosure.

The ambition isn’t lacking – Foals and Disclosure could steal the whole weekend – but it certainly isn’t what it once was, especially when one thinks back to the titanic slate of 2008’s headliners. Reading has long been seen as the festival for first time headliners; Biffy Clyro got their big headlining break in 2013, Foo Fighters got the gig in 2002 and Franz Ferdinand in 2006 got the same reward. While Foals and Disclosure align with this, the festival could do with capitalizing on the younger acts as they did in 2013, 2002 and 2006; the fans will back their favourite bands if they’re given the right opportunity. 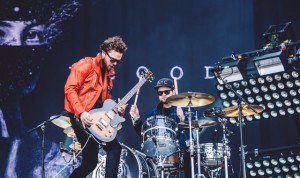 Just imagine how epic a Royal Blood or Kendrick Lamar headline slot would be at Reading Festival within the next few years.But contrast Reading with Download Festival for a moment. It feels like Download has given up a little…

Donnington, the Mecca for metal fans, has now housed Download Festival for nearly 15 years… and never has the festival seemed this uninspiring.
Yes, OK, the festival does see the return of Black Sabbath after a triumphant reunion show at the festival’s 10 year anniversary in 2012, but with such a short gap between appearances this just seems too dull for Download.
But if Black Sabbath after four years is ‘fairly’ safe then the next two headliners are the definition of the word. Iron Maiden (the Download equivalent of Coldplay to Glastonbury, and more on them later…) and Rammstein take up the two remaining headlining slots, decisively proving that Download really do give in to the staunch complaints of their aging audience for more of the same year on year. As much as the Download crowd might be appeased by this, from the outside, it’s a stale looking top bill with little variety to what we’ve seen before. 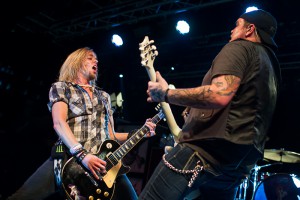 What’s worse is that these are top slots that could be put to good use on bands who could use the rub of playing a high end set or headlining a festival like Download. Bands such as Bring Me the Horizon, Mastodon, Alter Bridge and Black Stone Cherry will have to cap their expectations if they’re to be overlooked year after year for the KoRns, Iron Maidens and Megadeths of this world. How are these bands going to launch themselves to the next level if they can’t even receive a high end booking at the festival where they should be right at home?

However it’s Glastonbury who seem to be playing it the safest this year.

Coming off the somewhat forgettable Drones, Muse return for a third headlining appearance in 12 years. Muse’s popularity is definitely still there but this really does feel like yet another safe booking from a major UK festival. The booking of Coldplay has not really helped things either as the internet seemed to explode in anger when the British pop-rockers were announced for their fourth – yes fourth – headline appearance.

In recent years Glastonbury have played some wildcard headliners that have created buzz and put on great shows in the process; acts like Metallica, Beyonce and, of course, Kanye West may not be the freshest artists in the world but they brought a different type of fan to the festival and stirred up excitement among the press and the festival-goers. Elsewhere in the day, acts like 2014’s Dolly Parton might have been tried and tested but they’re certainly a bit out of the left field; all the while ending up among the most popular of the weekend.

Look at Glasto’s American equivalent, Coachella. In recent years they’ve nabbed themselves reunion shows for OutKast and Guns N’ Roses as well as epic sets from Dr Dre and AC/DC. Yes, they’re also not the freshest acts in the world but they stir up intrigue and get people talking. 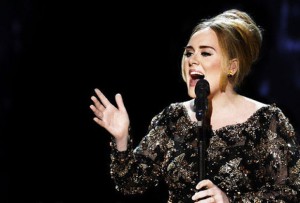 Could Britain’s most popular singer Adele headline Glastonbury in 2016?

Could you imagine if the Eavis family were able to nab themselves a Rage Against the Machine reunion? How about a long rumoured Daft Punk headline slot? What if they decided to give the headline slot to hard working Reading favourites Biffy Clyro for the Scots’ biggest show yet? Even a first time Brit-act like Adele would cause significant buzz and likely draw a huge crowd. These wildcard acts have given Glastonbury a different edge in recent years and more of the same is needed.

Festival booking is an easily solvable issue. The forward thinking of some bookers has worked wonders in the past (Arctic Monkeys at Glastonbury in 2007, Slipknot at Download in 2009), and it’s vital to festivals like Download and Reading in order to keep them relevant and popular. With Glastonbury, the shock factor works – it really does. If you book The Who year after year then people won’t be excited, but if you book a Kanye West-type act every year then a lot of people will be excited.

If I want to see my favourite band year after year then I’ll pay to see them on tour whenever they swing by my neck of the woods. But if I’m going to a festival, then I’ll want variety. I want something different each year, something which challenges what’s come before and pushes the festival to be the very best show it can be.