Read more
You are at:Home»Features»Fantastic Films and Where to Find Them: The secret of a successful sequel
By James Barker on March 5, 2016 Features

Find a winning formula, and replicate it: that’s what the film industry is all about. We could be talking about a genre, or a director, or an actor, that shows the sparkle of potential, but every once in a while, a gem of a film comes along that’s so successful that it can spawn an entire universe into life.

Taking the leap from the book to the screen, Harry Potter is one such franchise. Back in 2001, seven spellbinding stories probably seemed enough to keep Warner Brothers busy, but with the end quickly coming into sight, they stretched it into eight films before they finally had to bring it to an end. After just ten years, it was done; until the powers that be decided it wasn’t. 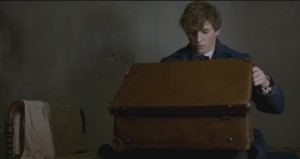 Now, this is where you find a split in the fans, and no, it’s not about which of the four Hogwarts houses they have sorted themselves into, or whether Snape is a villain or a hero. There was a time when HP‘s J.K. Rowling swore that seven stories, eight films – that was it, a completed saga, done and dusted. Although there is great excitement in that we will get to see even more the Wizarding World, cautious fans such as myself ask: is there a risk a new story could spoil the original, make it feel cheap and overplayed? And what convinced the usually stoic J.K. into changing her mind?

Two reasons spring to mind; creative, and commercial. Now if it’s for creative reasons, I have no qualms; in some cases, writers do have a wave of new ideas, a new story that springs to mind that just needs to be told. One example could be The Hobbit – it’s a successful spin off of The Lord of the Rings, it packs an innovative and fresh story which isn’t just a big rehashing of its original trilogy. 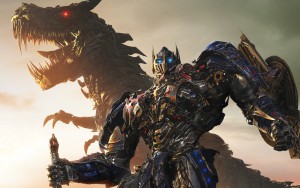 Transformers: Should have been made extinct long before 2014’s Age of Extinction

But there’s always a lurking danger that the decision to make new films comes down to greedy corporate men in flash suits wanting to make a pretty penny more. Just look at Transformers. Despite the exit of the franchise’s lead (Shia LaBeouf) and the apparent completion of a story reasonably well told (I’m not a fan, but it’s tolerable), Paramount and Michael Bay insisted on making further films, which were critically panned, but did make a decent amount at the box office. As an English student, who likes to look at film as an artform, this route puts me off the whole series completely.

Surely, when somebody says ‘big film franchise revival’, the first thing that springs to mind is Star Wars. George Lucas always swore that Star Wars was done and dusted after the prequel series in the 1990s/early 2000s, but when the series was bought by Disney, almost instantly it was announced a sequel trilogy would be made. Surely this was a commercial decision, and the reason that Disney acquired Star Wars from Lucasfilm, but when Star Wars: The Force Awakens exploded onto our screens last December it was met with universal acclaim. It was a fresh take on the Star Wars universe, using young and fresh acting talent, but also stayed true to its roots, pleasing both new and old fans alike. This suggests there is a medium between creative and commercial to be found, even if it is somewhat challenging.

And Fantastic Beasts and Where to Find Them isn’t the brainchild of just anyone, but of J.K. Rowling, perhaps the most well-known and revered author of the 20th century. I, like many other Harry Potter fans, fail to believe that J.K. would have brought the Wizarding World back to the screens unless she found a story good enough to do it justice. Fantastic Beasts is set in nearly a century earlier than the original story, on a completely different continent, with an all-new cast; in some respects, we should view it as a completely new film series. If done well, it might explore entirely new elements of the magical word that entranced fans young and old.

In reality, we can’t know until November whether Fantastic Beasts is a fantastic move for J.K., Warner Bros, or the fans, and whether it continues the magic of Harry Potter. However, with a lead like Eddie Redmayne and a screenwriter like J.K. Rowling, it looks likely that we are in for a spellbinding treat.

Fantastic Beasts and Where to Find Them will be released 18th November.