Read more
You are at:Home»Features»Why Dominic Treadwell-Collins’ departure from EastEnders is its biggest cliffhanger yet
By James Barker on February 18, 2016 Features

Cue the classic EastEnders doof-doof drums: Dominic Treadwell-Collins is making a shock exit from the show.

No, Dom is not a popular character whose time has come to an end; he is the hugely acclaimed showrunner of the 30 year old soap opera. Though he’s only been in the role for two and a half years, it has been a massively successful time for the show, and before becoming ‘head honcho’ Treadwell-Collins worked in other roles on EastEnders for just over ten years. He has described EastEnders as ‘iconic and essential’, and often remarks that he lives and breathes the show in how much he loves it; so it left me, and many other fans, reeling when he announced that he was leaving.

You may say EastEnders is a formula, a constant cycle of reasonably similar stories, driven forward by the cast and their acting. And to a degree, I would agree with you. All of that is the bricks and mortar of EastEnders – but to build something with bricks, you need a design to craft them into something useful, or even artistic. This is the job of the showrunner and his team, and Treadwell-Collins has done an excellent job. But let me stop gushing, and give you some proof.

Danny Dyer and the Carters 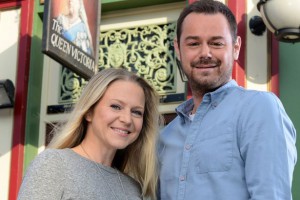 Back when Dominic first assumed the role of showrunner in late 2013, the show was starting to flail. In a soap where actors come and go, it is easy to find yourself with a mismatch of characters, who aren’t related and seem to live together for no apparent reason. Seeing this as an obvious flaw within the soap, Treadwell-Collins introduced the Carter family, who were partially based on his own family. It was big news for the show, largely because he cast typical hard-man Danny Dyer as the head of the family, Mick. This was a decision that could have easily backfired given Dyer’s reputation for playing two-dimensional thugs. But when Mick arrived on Albert Square, on Christmas Day 2013, we met a very different man; one who was family-orientated, moral and a good laugh. After an eventful two years on the show, Dyer has earned two NTAs for his performance as Mick, while Kellie Bright, who plays Mick’s wife Linda, scooped up big prizes at the Soap Awards.

Raising awareness of the big issues 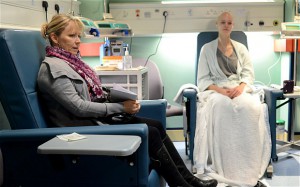 Carol Jackson’s cancer story was massive for the show

One of soap opera’s most important jobs as a genre is to raise the public’s awareness of the world they live in. With EastEnders gaining around 6 million viewers an evening, it’s a job that Dominic Treadwell-Collins takes very seriously. Back in 2014, he raised awareness of genetic breast cancer with Carol Jackson’s (Lindsey Coulson) story, in which she was found to be carrying the BRCA gene while suffering from cancer, and then found out that her daughter Sonia (Natalie Cassidy) had the gene also. Treadwell-Collins aimed to ‘make it as real as possible but not sensational’.

More recently, Shabnam Masood (Rakhee Thakrar) gave birth to a stillborn child in an extremely harrowing storyline. The scenes were massively acclaimed by viewers and the press alike, and were written in collaboration with the charity S.A.N.D.S., with the intention to end the taboo around stillbirth. Thakrar took to social media encouraging people to ‘break the silence’ surrounding stillbirth, and talk to people who have suffered it. In his time as showrunner, Treadwell-Collins has also introduced the show’s first transgender character, dealt with the hugely sensitive subject of rape and, most recently, told the story of Stacey Slater’s post-partum psychosis. It’s hugely important work that soaps aren’t recognised enough for.

Returning to its roots 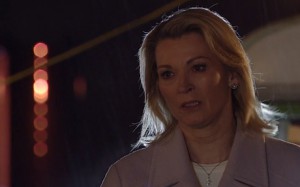 As a diehard fan of EastEnders himself, Treadwell-Collins knows his history when it comes to the show. Upon arrival, he has reintroduced several of the show’s strongest characters to the screen, rather than just introducing new ones. To celebrate the show’s 30th anniversary last year, he brought back several characters to celebrate the show’s past; Nasty Nick Cotton (John Altman) returned for one final time before being killed by his own mother, cuddly old Dot (June Brown), and in an unannounced surprise twist, original character Kathy Beale, played by Gillian Taylforth, returned FROM THE DEAD. All of which leads me to my next point… 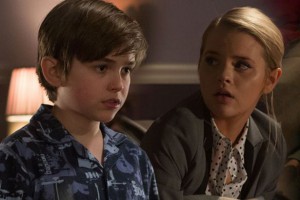 After 10 months, Bobby Beale was revealed to have killed his sister Lucy in ‘Live Week’, a week of 5 live episodes

Treadwell-Collins isn’t afraid to think big. EastEnders has done live episodes before; five years earlier, Archie Mitchell’s killer was revealed live, and a live segment in 2012 saw Billy Mitchell run around the square with the Olympic Torch. But a whole week of episodes with live segments, concluding with a whole live episode, seemed quite unbelievable when it was announced for the week of EastEnders‘ 30th anniversary in February 2015. But apart from one slip up (‘How’s Adam?’), the week was a massive success, giving some of the most memorable EastEnders moments ever, most notably with the return of Kathy and the revelation that 11 year old Bobby Beale (Eliot Carrington) as killer behind the murder of his sister Lucy after nearly a year of ‘whodunnit’ questions.

In conclusion, Dominic Treadwell-Collins’ exit from EastEnders will be a huge loss. The show is losing a man whose love for EastEnders is like the love for a child; he wants to nurture it to be at its best, while keeping its roots firmly in the ground. We’ve still got a good few months of Dom left, as he’ll at the helm of Peggy Mitchell’s upcoming exit, and who knows –  new boss Sean O’Connor, who previously ran The Archers, may well be an excellent replacement, especially given that Dom picked him himself. However, I struggle to see anybody being able to run EastEnders quite as well as Dominic Treadwell-Collins.