Read more
You are at:Home»Features»A definitive ranking of all my secondary school English books
By David Mitchell-Baker on February 8, 2016 Features

Being an English Literature student, it goes without saying that English had long been one of my favourite school subjects during my time in secondary school. However, that doesn’t mean that I enjoyed every book I had to read and study.

But how do they all compare to each other? Here is a definitive ranking of every book and play I had to study over my seven years spent in secondary school, this list features the classic secondary school texts which I’m sure many of you would have enjoyed or endured during your teenage years.

(Please note that this is only my opinion on the book and plays; I completely understand why some may question my ranking and I know that some people will love my bottom placed choices but this is how I, personally, found them.)

Now, I know that many people claim this to be a masterpiece – but those people ain’t me. Even at the age of 18, in the midst of my second year of A-Levels, I struggled to find anything interesting or entertaining about Wuthering Heights. 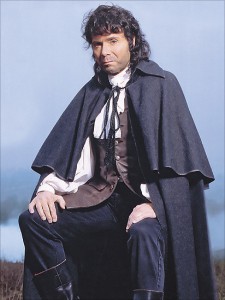 The novel charts the intertwining stories of the Earnshaws and the Lintons in the Yorkshire Moors in the 1700-1800s, and the various marriages, deaths, adoptions and scandals that occur between them.
The book, written by Emily Brontë, was published in 1847 and has since been argued as the best of the Brontë sisters’ work and even spawned a song of eardrum shattering proportions by Kate Bush and a so-bad-it’s-good musical starring Cliff Richard as Gothic, antihero Heathcliff.

Somewhere in the deepest, darkest underbelly of the world, there’s a library which only stocks Twilight, Fifty Shades of Grey and Wuthering Heights.

14) The Merchant of Venice by William Shakespeare

This is the first Billy Shakespeare play to appear on this list and it won’t be the last.

Suffice to say, it’s the worse of the bunch.

The well known ‘comedy’ from Mr Shakespeare centres around the story of Antonio, the titular Merchant, and his struggles with local Jew (yes that’s basically what he’s known for in the play) Shylock and the large debt Antonio owes to Shylock, who is also a moneylender (see any patterns developing in this character?).

The play is shockingly anti-Semitic and just plain cruel; yes, Shakespeare does attempt to make us question how we treat Jewish people but in the end Shylock is ‘defeated’ like the bad guy that he is, he loses his money, and is forced to convert to Christianity.

Remind me again why this is a comedy?

13) The Kite Runner by Khaled Hosseini

Now we get to an uplifting, lighthearted comedy about two Afghan boys, Amir and Hassan, who live in pre-war Afghanistan together with their dads before they go their separate ways; Hassan into Afghanistan, Amir to America.

So a lot of people love this book, and I’m in the minority, I know. But the book is just so dark and depressing that there’s just nothing I could enjoy or like about it. My apologies to the legions of Hosseini fans, but I am not one of you. 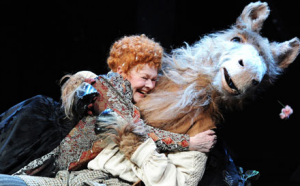 The next entry from Billy Boy Shakespeare is definitely much more of a comedy than The Merchant of Venice but that still doesn’t make it all that great. It’s strange, bizarre, wacky, crazy, weird, nonsensical… I’m running out of ways to say ‘trippy’ without saying ‘trippy’.
It’s a tale of men and women all falling in love with each other, most of them seem to be on some kind of mind expanding drugs, and one of them gets turned into a donkey. Classic Shakespeare.

As a man who’s favourite films include Lord of the Rings and Die Hard, I must admit that this book was really not as bad as I thought it would be. I certainly seemed to enjoy it more than my classmates did at that age.

Another classic story of women getting married off to handsome, wealthy men in the early 1800s, I’m still to understand why people love these books so much still given how devaluing they are of gender equality.
It’s had a couple of pretty good adaptations too – there’s a film with Kiera Knightly and a TV show with Colin Firth. Fans of the book may have died if they’d appeared in a single adaptation with each other.
There’s not too much bad, here, though; well written, some good characters, not too dark, uplifting. It’s very a much a nice book. That’s it, to me. Nice.

Still with me? Good, now it’s time to get a little less critical and a little more positive (not too much, though).

One thing you should know about me is that I am a sucker for a good coming of age story, and The Outsiders firmly places in this camp. The book follows two rivaling factions from two different socioeconomic background, the Greasers and the Socs in Tulsa, Oklahoma, in the 1960s.
It’s got a good narrative POV and some cool characters, but I can’t place it any higher for the sheer fact that it was highly forgettable to me. I read the book when I was 15 and I can remember perhaps two or three plot points, and not much else in between. But, still; one could never forget, “Stay golden pony boy”.

9) The Importance of Being Ernest by Oscar Wilde

It is essentially Mean Girls but set in a country house in 1890s England.

This is a strange one. Dr Faustus is the story of the titular doctor who thinks that he knows all there is to know so he decides to try and become a God… 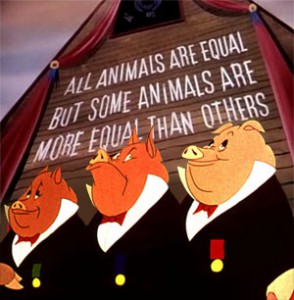 Orwell has an agenda and he really isn’t afraid to push it in your face.

He makes a famous analogy with Animal Farm; he takes the events of the Communist revolution in Russia from 1917 and transfers it onto a farm, with the animals taking on the roles of the people, the pigs as the Communist leaders and the humans as the Tsars.

I must admit that this is one of the two books I chose to write a comparative piece of coursework on for A-Level English , so there was a definite appeal to it for me. Critical and compelling, it’s a good book.

6) Much Ado About Nothing  by William Shakespeare

The third and final Will.I.Am Shakespeare play to appear on this list, and my personal favourite of Willy’s work. 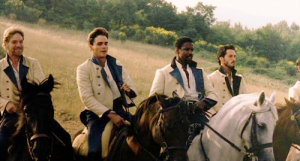 Much Ado is actually a very funny, entertaining tale that just misses out on the top 5. It’s an endearing Renaissance rom com, with comedy that holds up to today standards. The story is a well put together, satisfyingly concluded charmer that still weighs in on serious topics of honour and politics.

Plus there’s a cracking film adaptation featuring Denzel Washington, so that automatically raises its stock.

5) The Bloody Chamber and Other Stories by Angela Carter

A real quick read but a great one at that. The Bloody Chamber is a collection of Gothic short stories, totalling at around 170 pages, all of which are rich with lavish language, imagery and interesting characters.

A word of caution: it can be a disturbing read at times (the story of The Snow Child takes the cake here, a manipulation of a Brothers Grimm’s fairytale that shows masculine dominance and control of the innocent) but is still a worthwhile read. My personal favourite stories of the collection are The Courtship of Mr Lyon, The Erl-King and The Bloody Chamber itself.

4) The Crucible by Arthur Miller

A gripping play about religion, magic, paranoia and pride, The Crucible is the first true (almost) masterpiece of this list. 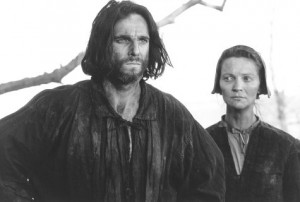 Set in the year 1692, The Crucible tells the story of the Salem witch trials and the effects on a small religious community. Miller wrote the play as an allegory of the ongoing McCarthyism in the USA, in which Miller himself was threatened, which saw fear of communism lead to baseless accusations against key political and popular figures.

The play’s central protagonist and victim, John Proctor is a fascinating character who finds himself caught in the crossfire of the trials. It is a powerful role that required a performance from Daniel Day-Lewis himself for the film adaptation.

A great all round read.

Upon first reading, The Great Gatsby is a rather dull and event-light story. I fondly remember many classmates complaining that nothing happened until the last 10 pages. 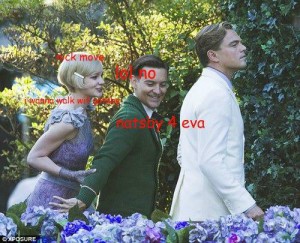 However, when you begin to think deeper and analyse the book, it’s true greatness emerges.

Jay Gatsby is a great character and the exploration of his life, his wealth and his dreams are an incredibly important aspect of the book. Unfortunately, there rarely seems to be a good person around him. Nick is the most unreliable narrator in the history of literature (but it is to the books aid that he is this way, contributing to its nature as a fascinating read), Tom is a bit of a knob, and Daisy is a straight up gold digger.

But that’s what makes the book so good. We don’t expect Gatsby to be the most sincere and virtuous character but as the story unfolds, we realise that this is very much the case. The American Dream, and it’s ever more obvious hollowness, is central to the whole book.

This was actually the book I started working on for the aforementioned comparative coursework piece before I switched to another book (the list topper itself in fact). It was a shame that I had to drop it but that didn’t change my perception of the book; it’s incredible.

Intimate, honest, emotive, The Catcher in the Rye has it all.

It’s a rather unconventional book; there doesn’t seem to be a normal narrative ark, but it really is a case of nothing and everything happening in a book, as cliched as it may be to say that.

Holden Caulfield is a troubled young man in a world where he is misunderstood, and this is the main focus of the book. Caulfield has become an icon for teenage rebellion and angst in a similar way to James Dean’s Jim Stark from Rebel Without a Cause.

It’s a fantastic coming of age story and arguably one of the last great novels left that is yet to receive a film adaptation. Salinger himself declined a Broadway production of the book in 1961, while both Harvey Weinstein and Steven Spielberg have both lobbied for the movie rights to no avail. 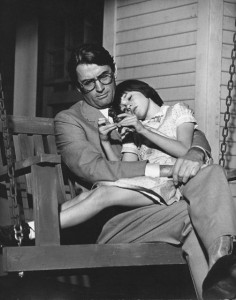 1) To Kill a Mockingbird by Harper Lee

When I was formulating this list, I knew immediately that this would be my Number 1.

Why? Well, it’s probably the best book I’ve ever read.

A courtroom drama, a coming of age story, a family drama, a social critique and examination and a story of friendship. To Kill a Mockingbird is a complete masterpiece that encompasses everything that makes a great novel.

I was skeptic at first to study it but I fell in love with the book and enthusiastically picked it up again to study it once more 2 years later.

No book I have read since has surpassed it and I don’t believe that any book ever will.