Read more
You are at:Home»Features»Growing Up With Bollywood
By Rehana Nurmahi on February 1, 2016 Features

As a British Asian, I have grown up not only enjoying the amazing content that the British film and television industry have to offer, but also ‘connecting with my roots’ by watching Indian films straight from the biggest film power in the world: Bollywood. Oh yes, Bollywood films of the 90s/ 00s were very much a central part of my childhood, and probably the reason why I have a tendency to randomly break out into song now… Although I don’t watch nearly as much Indian cinema as I used to, Bollywood still holds a special place in my heart and there’s many reasons why.

As a child, these films were visceral and exciting, and most importantly-fun. A key aspect of Bollywood films is that they tend to be bright and colourful, with many the spectacular dance sequence and over-the-top declaration of love. When you’re young, what’s not to love about that? 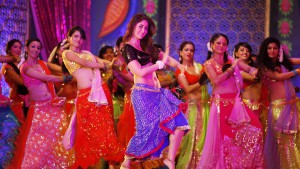 I love musicals, so a film industry which predominantly makes musicalsis pretty ideal for me. It’s mostly good music too- the majority of the music industry in India is defined by the soundtracks to these films. I remember dancing and singing along, and even now, whenever I want to feel nostalgic, a Bollywood soundtrack can do that for me. Even Western music has found itself inspired by this music, with renowned artists such as Kanye West, Black Eyed Peas and Chase & Status all having sampled Bollywood tracks in their songs over the years.

Another reason why these films were and are such a joy to watch, is because they are so fantastical. 90% of Bollywood films have a happy ending, in which the two lovers are united. In the world in which we live, sometimes it’s nice to just relax and enjoy a film knowing that it ends well. 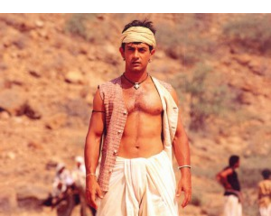 2001’s epic Lagaan was nominated for an Oscar.

In retrospect, there’s a lot wrong with the Bollywood film industry. With older, more aware eyes, I can see that for one, these films are pretty misogynistic. Even when there are strong female characters, you can guarantee that there will be a scene in which they are scantily clad and the camera lingers on their bare midriff for a little too long. Also, these films are extremely predictable: Bollywood narratives are a distinctive formula, and it’s rare to find films that stray from that. Admittedly in the last decade or so there has been some genuinely brilliant pieces of cinema coming from India: Devdas, My Name is Khan, and Lagaan are examples of that, but on the whole, Bollywood panders to the mainstream cinema going public.

However, in spite of its flaws, Bollywood is still a huge part of my film loving experience. The majority of it is sentimental, cheesy rubbish, but sometimes a bit of that is exactly what you need.