Read more
You are at:Home»Features»The Truth is Still Out There – Your guide to The X-Files
By Sophie McEvoy on December 9, 2015 Features

The 90s. The birth of the Internet. Increased skepticism towards the government. Conspiracy theories. Life before smartphones. Mulder and Scully. Ah yes, it’s time for our favourite 90s duo to make their way back into the limelight; as there seems to be some sort of revival slowly approaching. If you listen hard enough, you’ll be able to hear the X-Philes slowly awakening from over a decade’s worth of slumber.

2002 was the last time we saw FBI Special Agents Fox Mulder and Dana Scully on our small screens – not counting the underwhelming and largely disregarded 2008 movie I Want to Believe – but what if you weren’t privileged enough to have been brainwashed with the show by your loving parents? Whose Sculder and Mully?

Well, the truth is still out there my friend, and we’re going to give it to you. In an albeit condensed and spoiler free (as possible) form. You want to believe, I want to believe, we all want to believe this will be useful in introducing the cult phenomenon in some shape or form.

Grab your flashlights and sunflower seeds, and let’s get X-Filin’.

SO, WHAT IS THE X-FILES? 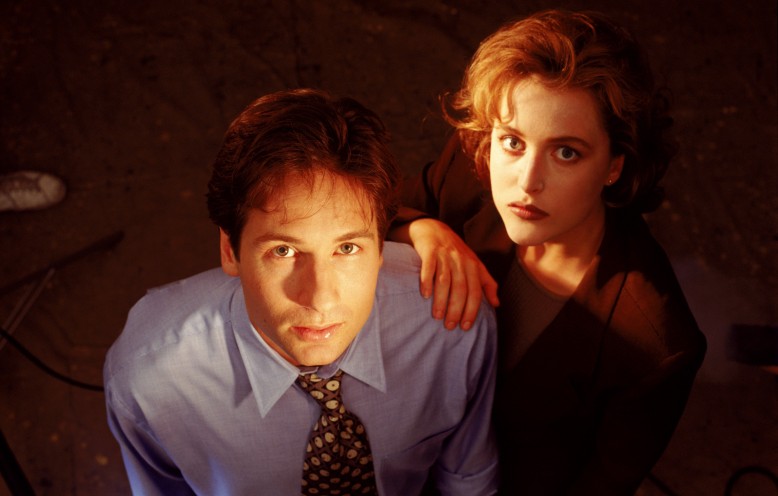 The X-Files is science fiction horror series created by Chris Carter that ran from 1994 – 2002. When it originally aired in 1994, it was initially considered to be a cult show. But as it began to gain more popularity throughout its first four seasons, The X-Files became a cultural phenomenon that eventually developed into the longest-running science fiction series in U.S. television history. The show ran for nine seasons with 202 episodes and two feature films – the first released in 1998 (Fight the Future), and the sequel in 2008 (I Want to Believe).

The X-Files revolved around FBI agents Fox Mulder and Dana Scully on their investigations into the X-Files: cases that are marginalized and deemed unsolved by the FBI, usually involving paranormal phenomena. Mulder is a believer in the existence of aliens and the paranormal, whilst Scully is a skeptic and was originally assigned to the X-Files to debunk Mulder’s work using her scientific expertise to return him to mainstream cases.

Scully defies that protocol however, and both agents become pieces in a larger governmental conspiracy and start to only trust each other. They begin to develop a close relationship, which is platonic at the beginning of the series but became a romance by the end (which led to very engrossed fans who ultimately coined the term ‘shipping’ used in fandom to this very day). 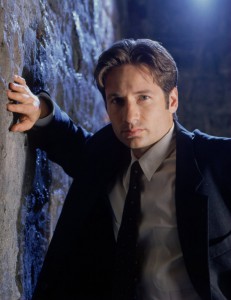 Fox Mulder – portrayed by David Duchovny – is afflicted by the mysterious disappearance of his sister Samantha, which ultimately plagues the rest of his life. He develops an all-consuming search into finding her, which leads to his belief in extra-terrestrial life and a government conspiracy to hide or deny the truth of their existence.

A few years after joining the FBI, Mulder finds and re-opens the so-called ‘X-Files’, and becomes obsessed with them.

He comes to be a hindrance to his superiors and a joke to his peers, resulting in the nickname of ‘Spooky Mulder’. 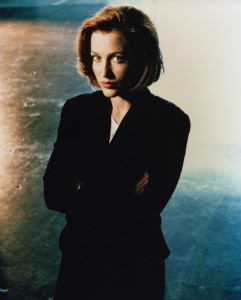 Dana Scully – portrayed by Gillian Anderson – was recruited by the FBI whilst in medical school at Stanford University. She accepted the bureau’s offer as she believed that she could distinguish herself there as a special agent.

Two years after joining the FBI, she is partnered with Fox Mulder, in which she is instructed to apply scientific reasoning to Mulder’s work and his out-of-this-world theories.

She maintains her skills as a forensic pathologist and medical doctor by performing or consulting autopsies on a majority of the X-Files cases. 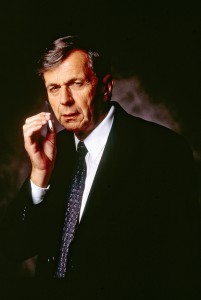 The Cigarette Smoking Man – portrayed by William B. Davis – is the primary antagonist of The X-Files.

His actual name is C.B.G. Spender, but is more often than not referred to as Cigarette Smoking Man – or CSM – as he is always seen chain-smoking Morley cigarettes.

He is a key member in a shadow government known as the Syndicate, who are hiding the truth of extra-terrestrial existence and their plan to colonize the Earth. 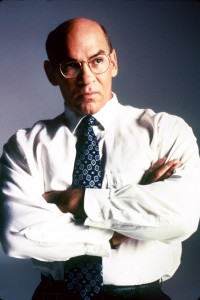 FBI Assistant Director Walter Skinner – portrayed by Mitch Pileggi – is the supervisor of the X-Files office, and in turn is effectively Mulder and Scully’s boss.

Initially unfavourable to both the X-Files and Agent Mulder, Skinner eventually begins to respect and agree with Mulder and Scully’s work on the paranormal, and becomes a strong ally for the duo.

Obviously, there are a plethora of characters including The Lone Gunmen, Monica Reyes and John Doggett that are rooted deep within the X-Files fandom. One of which – The Lone Gunmen – even have their own spin-off show.

WAIT…SO THERE’S A NEW SEASON COMING OUT? WHEN?!

You newfound fans don’t have long to wait, the first episode of season 10 is set to air on January 24, 2016. A handful of promos have been released since the cast and crew wrapped filming over the summer, and it’s set to be one hell of a homage back to the original series. Mulder and Scully will finally be back, along with a handful of fan favourites and some newcomers in tow.

Season 10 is a short affair, as it’s only consisting of 6 episodes. But there is a chance that if the new season is received well – and if Duchovny and Anderson can fit it into their busy filming schedules – there might be a season 11 on the horizon. Maybe there’s hope.