Read more
You are at:Home»Features»The Edge’s Advent Calendar: Why The Holiday is a perfectly decent rom-com for the festive season
By Anneka Honeyball on December 4, 2015 Features

“This is no Bridget Jones... If this is a rom-com, kill the director.” In their 2007 track, The Wombats unabashedly trashed Nancy Meyers’ festive romantic comedy, The Holiday. And to me, that seems a bit unjust.

This isn’t to say that The Holiday is the best festive rom-com ever –  that’s obviously Love Actually. And, true, it is “no Bridget Jones.” But, as far as I’m concerned this is a perfectly decent rom-com to enjoy in what is supposed to be the fuzziest, most carefree month of the year. 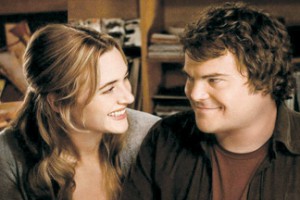 Kate Winslet is probably the best part of the movie… relatable, kind and oddly empowering towards the end. (Image via Google)

Of course, it’s a bit cheesy and follows all the typical tropes and pitfalls that the majority of rom-coms do, but there is something heart-warming about it. When it comes to Kate Winslet’s Iris, there’s even something arguably empowering about it. To begin with, Iris is a pathetic, lovelorn woman – hopelessly self-aware and depressed with the way the man she loves can so selfishly manipulate her heart.

But then, after whisking herself away to the similarly troubled Amanda (Cameron Diaz)’s swanky LA home – and with the help of Eli Wallach and Jack Black – she finally finds some sense of freedom and independence. It’s not the most feminist storyline, granted, but it feels good to see her finally relinquish herself of this “one-sided affair.” And that’s all you really want from a rom-com isn’t it? To feel good?

There are a lot of feel-good aspects to this film, really. The dance-scenes are particularly joyous and relatable (Diaz’ ecstatic drunken mimicry to the Killers’ ‘Mr. Brightside’ seems particularly familiar). Jude Law’s turned the charm up to 11. Winslet rocks it, of course. Jack Black and Eli Wallach make for adorable supporting characters. And Cameron Diaz is… perfectly tolerable.