Read more
You are at:Home»Features»In Defence of the Star Wars Prequels
By Rehana Nurmahi on November 29, 2015 Features

With the theatrical release of Star Wars: The Force Awakens on the horizon, many fans of the franchise have been declaring that this will be it: the redemption for the series. But does the series really need that much redemption? Surely, the prequels were not as awful as everyone makes out. Well, at least not awful enough to ignore them completely?

I’ve grown up on Star Wars; and though that of course includes the original trilogy, the prequels were just as significant in my childhood. With hindsight, I can acknowledge that they weren’t fantastic, but there is still so much that I love and appreciate about Episodes 1-3 of Star Wars; elements that I think can be appreciated by any Star Wars fan, young or old. 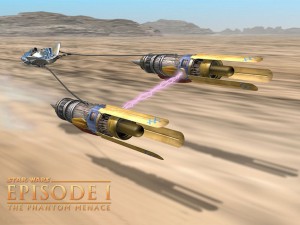 When they set about making the prequels in the 90s, already they had a better starting point than when filming the originals; purely because there was more technology on offer for them to take advantage of. And boy did they do that! The sequences involving the Force are immediately made (somewhat) more realistic, just because the technological advances allow for it to be. This, paired with the awesome choreography in the lightsaber scenes (Darth Maul versus Qui-Gon Jinn, anyone?) makes for some exciting, edge of your seat moments. One of my favourite scenes from any of the Star Wars movies is the Pod Race from The Phantom Menace, and that is just one scene which shows the advantages that special effects provide. Also- it’s just a really fun scene to watch…

The aesthetic of the Star Wars prequels, can’t be called anything less than magnificent. Settings such as Naboo and Coruscant come to life, and create a very real, and beautiful, world for these stories to reside in. You have these intricate pieces of architecture, and populated streets, in a world that is visceral and visually stunning.

Yes, yes, I know; the origin story of one of our favourite villains was extremely disappointing. However, the prequels add context to the original trilogy in a way that makes them more interesting for the audience, because we have a better understanding of these characters and their world. Getting to see Yoda and Obi- Wan Kenobi before their story starts in A New Hope is pretty damn cool; even if just because Ewan McGregor is fab. It allows us to empathize with those characters even more when re-watching the originals, and also means that they are given the opportunities for more action sequences which they weren’t really offered before, because you know… they were old. The prequels also explain to us more about the logistics of The Force and what it means to be a Jedi, drawing us in further into the Star Wars Universe. 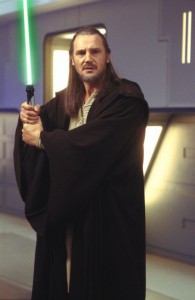 Lightsaber fights have been awesome ever since the first one in A New Hope, so when things such as a double edged lightsaber, and a character who can wield four lightsabers at once were introduced – the level of cool went up. In telling these new stories for the prequels, as well as more badass fight scenes, we also get the introduction of more awesome kickass characters: Mace Windu, Padme Amidala, Count Dooku, and Qui-Gon Jinn are just some examples.

The casting of these characters is wonderful too, and it was pretty awesome to see these household names take on a completely different genre than many of them were known for. I remember that as a little girl, Padme was a hero to me; and even now, I think that Natalie Portman’s depiction of that character is a great role model for young girls.

As I said earlier, I fully acknowledge that the Star Wars prequels are not the best films in the World. Jar Jar Binks, Hayden Christensen’s acting: the list of bad points about them can go on for a while… However, at the end of the day, it’s still Star Wars. It still captures the essence of what the series is and builds on that. Ultimately, there’s got to be a reason that when we talk about marathoning Star Wars, we include all six and not just the originals.

And in the end, if you still hate them, just remember the fact that we got a hilarious and awesome Weird Al song because of them!