Read more
You are at:Home»Features»“I think a lot of people like seeing a band change, it’s quite… exciting”: An interview with Portico’s Jack Wylie
By Isaac Macpherson on November 22, 2015 Features, Interviews

Although the dark ambience and idiosyncratic instrumentation of UK Jazz ensemble ‘Portico Quartet’ was enough to land them with Mercury Prize nomination back in 2008, there sound hasn’t stayed static for long. Now under the banner simply Portico, the band has completely re-established itself within a divergent, heavily electronic aesthetic that subsequently realises a sound often alluded to but never fully realised in their previous works. Earlier this week, I caught with saxophonist Jack Wylie to discuss this turbulent change in direction.

Even as Portico Quartet you guys where fairly experimental, but what pushed you toward asserting the abstract down-tempo electronic direction of your most recent record, Living Fields?

I guess it was a fairly close reflection of what we where listening to at the time. Although we where really proud of are last album as Quartet, it wasn’t quite where we were in terms of what we were listening to what was going on in our lives. We just thought that we should try something new you know… create something that reflects what we want to make, rather than something burdened by our previous albums and our history. I suppose that’s quite a challenging thing to do, but it can give you a bit of a spark to be creative in having those challenges. It wasn’t like one day we just all decided to make a more electronic album, but after doing loads of experimenting over the course of 2 years we gradually morphed into the sound we exhibited on the record.

So would you ascribe any specific influences to the record? Was there anything you were listening to at the time that really made its mark?

We where listening to people like Tim Hecker a lot of the time, which I think you can really hear in the records textures, but we don’t really actually sound much like Tim Hecker. We were listening to a lot of William Basinski as well… it was a lot like trying to combine those sort of avant-garde styles with as synth-pop aesthetic. For example the drums on the record are fairly compressed and metered. We where quite into James Blake and what he was doing with electronic pop.

So was it these kinds of influences that led you to working with the records featuring musicians: Jono McCleary, Jamie Woon, and Alt J’s Joe Newman?

Yeah definitely! We really wanted to bring the pop essence to – pop in its broadest sense, anyway. I think also the fact that we had quite close personal connections with all of them was a big motivator. We’d been meaning to work with them for a while. I actually grew up a few doors away from Joe in Southampton, and I lived with Jamie for a couple of years. In a way it was like friends getting together and collaborating. I guess that’s how it works really you know, often when you like someone and their music, you end up hanging out and collaborating on stuff. There was defiantly a lot of that in it.

What made you guys want to sign with Ninja Tune?

Well we were originally signed with this label called realworld. Our two albums definitely sat well there, but our third was quite different from what they where about. With Living Fields, we felt that our transition was probably not going to work with them, and we just wanted to find a label that would basically put it out and give it the push that we felt it would need. Also they’ve got their history with jazz and electronic music, so in that sense it felt like a good idea in reaffirming our new direction. 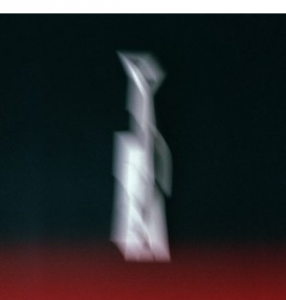 Have you found that your fan base has been able to make this transition with you? You had quite a cult following as Quartet, do you think you’re appealing to a new group of fans at this point?

There are some people that were really into the earlier stuff but totally on-board with the new stuff as well, but you know obviously it’s not for everyone. We kind of expected that there would be a bit of friction you know, you can’t just expect everyone to accept the new stuff. We did a tour before we released the last album playing the music and that was fairly weird. I think people thought we were a different band or something! But now that its really been pushed through we’re quite impressed at how people have got on board with it. I think a lot of people like seeing a band change, it’s quite… exciting.

So how did you guys initially assemble? You all sound as if you where brought up within the surroundings of a jazz discipline.

Well Milo was actually the only one who studied music. Duncan did a degree in art, and I did a degree in economics! So essentially it was totally different. I met Milo at University and we started playing back then. I guess that’s somewhat of reflective of our first few albums though. It wasn’t very academic music. It was essentially of people jamming really. Maybe that’s what made it stand out from a lot of UK Jazz back then… maybe?

How did you guys approach the recording process? There’s such a versatile sound-scape on the record, it must have been a challenge to organise these different elements into a coherent work.

Essentially we built the bulk of it around the core synth harmonies and the drums, and worked around that, all the while incorporating the common brooding synthpop vibes. We used a lot of field recordings to achieve this (there’s actually a lot of sax on the record that I sampled and messed around with) but maintaining consistency was a really important priority during production. I think that trying to ensure a records unity can seem a little more daunting than actually is though. It kind of just happens to be honest. We wrote the bulk over a period of about six months, and l think when you’re working over those kinds of periods your mindset doesn’t really change. It was easy to remain committed a specific sound.

Your UK tour’s coming to an end now, so what are your plans for the future?

Well we’re trying to write a new album at the moment, so hopefully that should be out next year maybe? But I don’t know you know these things always take longer than you think!