Read more
You are at:Home»Features»Everything you need to know about every Disney film for the next four years
By Georgia Simpson and Camilla Cassidy on November 5, 2015 Features

The House of Mouse have just announced all the film to be released for the next four years. At the D23 convention in August, Disney laid out it schedule through till 2017, but since then the studio has since added a series of more dates stretching till 2019. The Edge summarise all of them for you below – what we know so far, and when they’ll be released. Get saving! 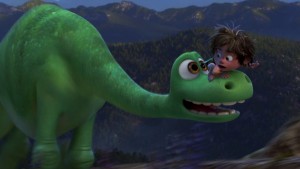 After years of behind the scenes production issues, The Good Dinosaur will finally be released in cinemas on 25th November 2015. The Pixar film imagines a world where dinosaurs did not become extinict and can co-exisit with humans. Follow dinosaur Arlo whom tries to find his way back to his mother after being separated in a storm with his human friend.

Just in case you might not already be aware – the Force returns on 18th December 2015. We’re pretty excited. The films’ events are set to take place long after those of Return of the Jedi and sees new heroes played by Daisy Ridley and John Boyega fight against new villan Kylo Ren.

Based on a true story of a daring recuse attempt by a small boat off the coast of Cape Cod in 1952 following the destruction of two oil tanks. The film will be a star vehicle for Chris Pine when it is released on 26th January 2016. 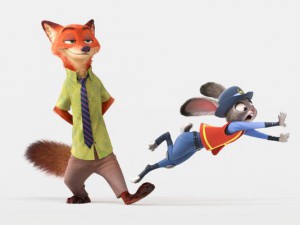 Zootopia follows cunning fox Nick Wilde, voiced by Jason Bateman, who must go on the run after being framed for a crime he did not commit. He makes an unlikely friendship with bunny police woman Judy Hopps, voiced by Ginnfier Goodwin. The film also stars Shakira, who will supply the main theme for the animated flick – like ‘nothing you’ve seen be-fur‘. Zootopia will be released in March 2016

Marvel’s next big adventure follows the new team of Avengers seen at the end of Avengers: Age of Ultron as a rift forms between Steve Rogers and Tony Stark. The film will also feature Mark Ruffalo’s Hulk when released on 6th May 2016; the film’s first trailer will accompany the release of Star Wars: The Force Awakens in cinemas.

The first in a string of live-action remakes, The Jungle Book follows the adventures of orphaned Mowgli whom befriends a bear Baloo on his jungle adventures. The film will also star Ben Kingsley, Bill Murray, Lupita Nyongo’o and Scarlett Johansson. The film will be released on 15th April 2016 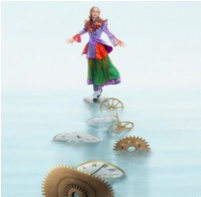 Alice Through the Looking Glass

A teaser clip was released last week showing Alice falling through a door back to Wonderland; watch it and read our cast recap here. The film will be in theatres on 27th May 2016.

Everyone’s favourite little blue fish will be swimming back onto screening on 17th June 2016. The Pixar film follows Dory, Nemo and Marlin, six months after the events of the original film, as she embarks on a journey to find her lost parents. Dory will once again be voiced by Ellen DeGeneres, while Ed O’Neill of Modern Family fame will voice an octopus, Hank.

The next remake up on the list is a new treatment of the 1977 Disney classic, which sees an orphaned and overly imaginative boy seek the help and friendship of a giant green and purple dragon. Pete’s Dragon will be released on 12th August 2016

Starring Benedict Cumberbatch as the title character, the next instalment in the Marvel Cinematic Universe comes in the for of the much anticipated Doctor Strange. The film will tell the story of a failed surgeon who is given a second chance after a sorcerer trains him to fight against evil, and is set for release on 26th October 2016. 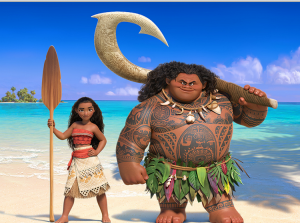 Disney’s latest princess, Moana tells the story of a young teenager who sets out to find an island (no, not the one sung about in the short before Inside Out) in the South Pacific Ocean. Moana, voiced by Hawaiin native Auli’i Cravalho, will be joined by a demigod, played by Dwayne ‘The Rock’ Johnson, whom will help her on her journey. Moana will be released on 23rd November 2016 – here’s hoping it makes a splash.

Beauty and the Beast

Another live action remake but this time of classic princess. Following the success of Lily Rose’s 2015 Cinderella, Beauty and the Beast sees Emma Watson take on the role of Belle, with Dan Stevens as her Beast. The musical directed by Bill Condon will be released on 17th March 2017

Guardians of the Galaxy: Vol 2

Following the overwhelming success of the first film, the sequel will see Chris Pratt swing back into action as Star Lord. Bar the announcement that the main cast seem set to return, details of the film are staying under wraps at the moment – but the film is set for release on 5th May 2017.

The second sequel to Pixar’s hit, Cars will be released on 16th June 2017.

Pirates of the Caribbean: Dead Men Tell No Tales

It seems Johnny Depp never gets tired of putting on that Captain Jack Sparrow costume, since he is slated to be back for his fifth outing as the notorious pirate. This time round Sparrow faces a terrifying ghost ship led by his old nemesis, a villain called Captain Salazar played by Javier Bardem, while Geoffrey Rush also returns to the role of Barbossa. The film will be released on 7th July 2017 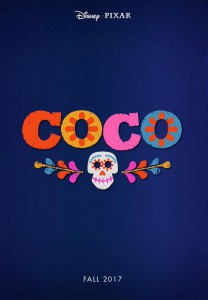 Inspired by the fantastical Mexican Day of the Dead celebration, the Pixar film follows a young Mexican boy who is discover a generational mystery that will forever change his fate.

Early development of the film was met with fair criticism from fans for insensitivity of Mexican culture, such as attempting to trademark the phrase ‘Día de Muertos’ – but the outlook now looks more positive. The film is set to be released on 22nd November 2017.

Inspired by the classic Jack and the Beanstalk fairytale, the film will follow Jack whom befriend a sixty foot, eleven year old-girl named Imma. The film will hit movie screens on 9th March 2018.

Everyone’s favourite cowboy and space ranger are back! Woody and Buzz are set for there fourth outing as the film follows Woody’s venture into romance with Bo Peep, whose storyline appeared abandoned in the franchise’s previous ‘final’ outing Toy Story 3. The Pixar-produced film will be released on 15th June 2018.

It’s been over ten years since this superhero family hit our screens but they finally are coming back for a sequel! Little is known or the plot or cast for the film, but it will be released in cinemas on 21st June 2019.