As it’s the month of all things spooky and we’re on the run-up to The X-Files returning, what better time is there to delve into what makes the show so unique? That being it’s ability to reach the boundaries of what can actually be shown on television. 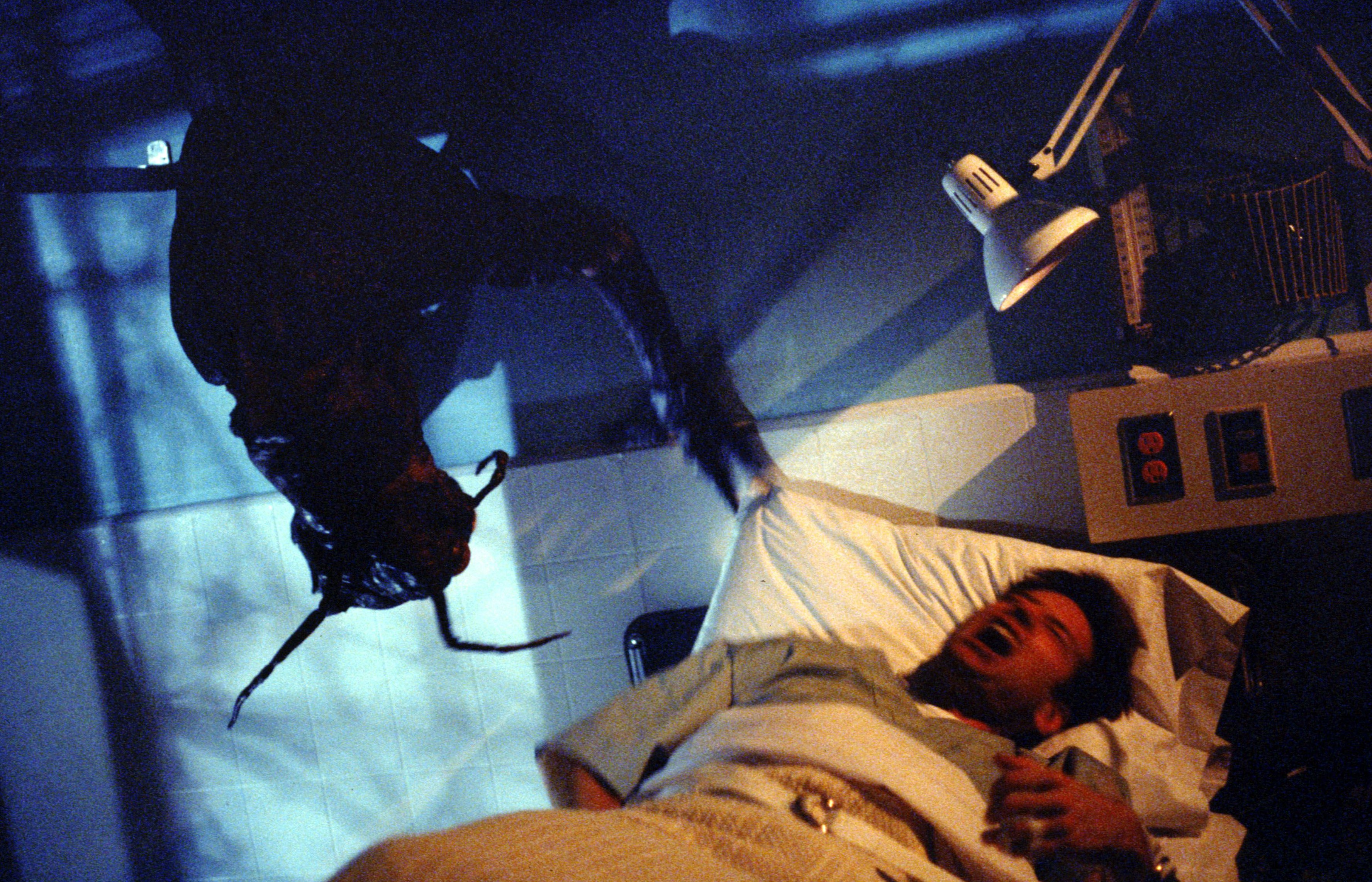 “Five years together, Scully. You must have seen this coming.”

A majority of secondary characters in The X-Files canon have already deemed Mulder insane, but it’s the episode ‘Folie a Deux’ that comes extremely close to cementing this idea, with Mulder actually being sedated and restrained in a hospital.

The episode centers around Gary Lambert, a call center employee who begins to lose his grip on reality through believing that his boss is in fact a giant, bug-like monster. No one believes him, obviously, so he takes his entire workforce – and Mulder – hostage to prove that he isn’t delusional.

Lambert subsequently dies, but manages to pass his delusions onto the already susceptible Mulder. For Mulder, no one believing him isn’t really a new experience, but that’s what makes it terrifying, due to us knowing that Mulder actually is in danger. Which is why it’s extremely unsettling to see him strapped down to a hospital bed and rightfully going insane at the sight of a giant bug trying to murder him.

The fear is heightened through the terrifying monsters effects, with the addition of a speed blur and a frightful bug sound that puts me on edge just thinking about it. 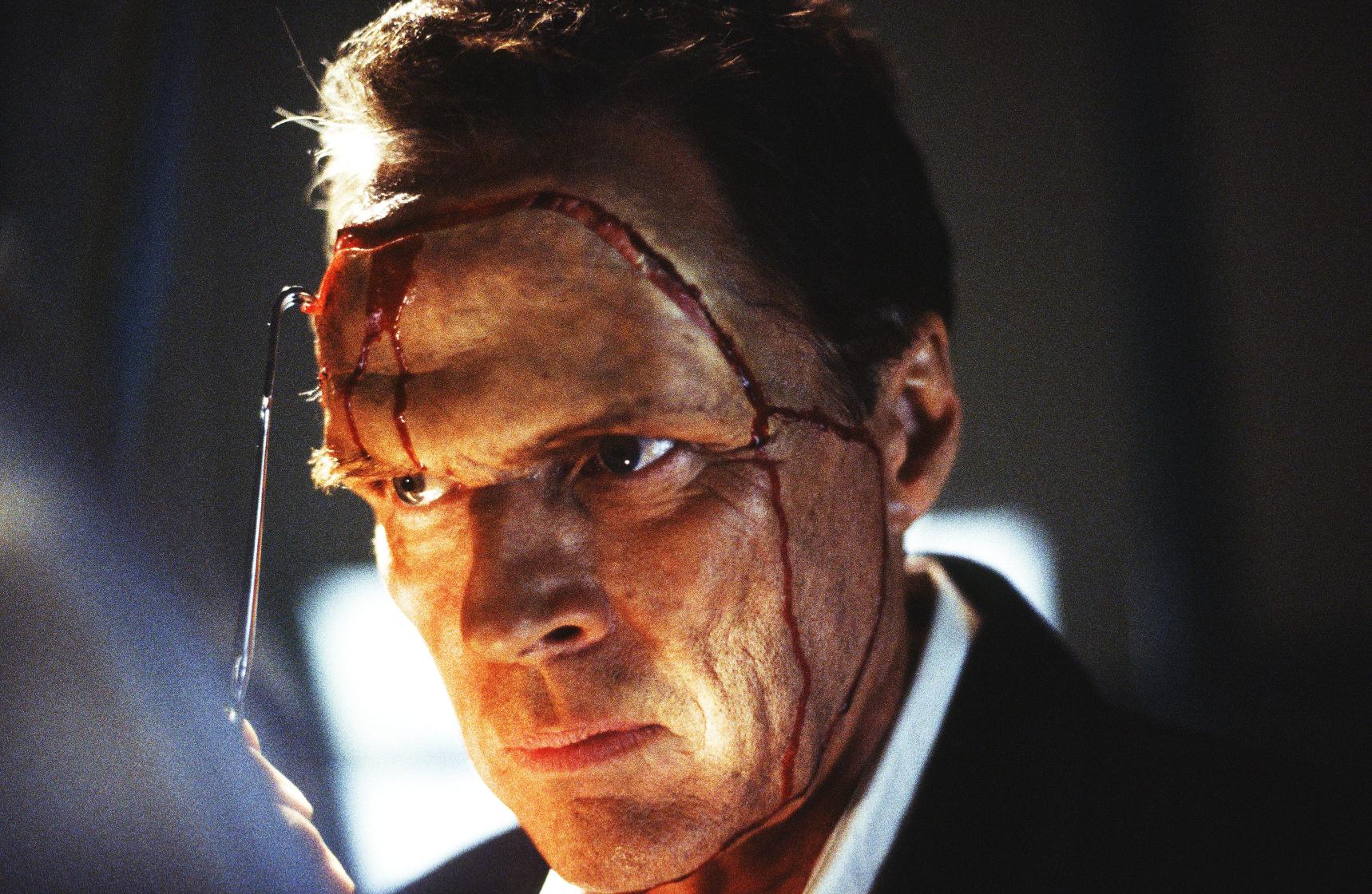 There are a lot of episodes within The X-Files, but ‘Sanguinarium’ is one that always seems to get lost within the vast amount of horror to choose from. This was the only episode that I actually had to look away from at some points, it just got to be too much (the photo above being a case in point).

Mulder and Scully investigate a string of bizarre murders in a hospital’s plastic surgery unit, leading to the duo suspecting that a supernatural force may be responsible. As the killings continue, Mulder discovers that the patients/victims dates of birth match key dates on the witchcraft calender.

It’s not the witchcraft that is inherently scary in this episode, it’s the way the patients die. Take for example the cold open, in which a patient going through a routine liposuction operation dies, due to the doctor suddenly and violently removing large amounts of fat from them. I couldn’t get that image – or sound – out of my head for weeks. 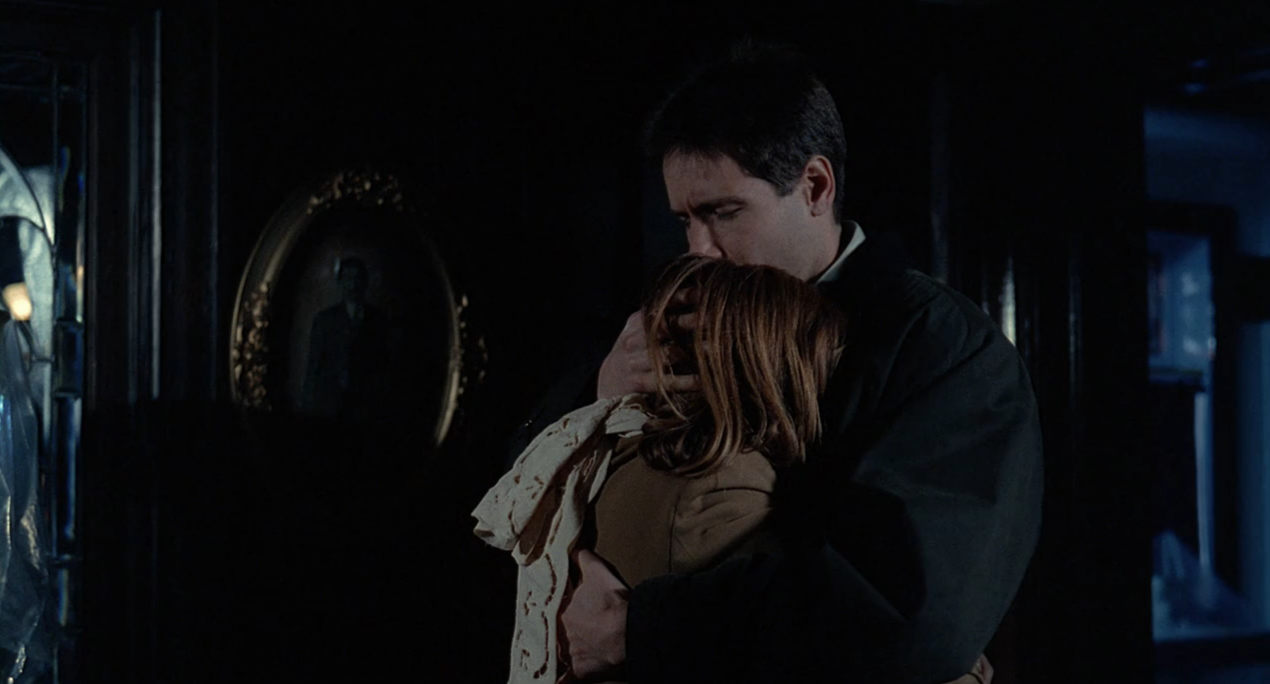 ‘Irresistible’ is one of the few X-Files monster-of-the-week episodes that doesn’t actually star a ‘monster’. There’s no paranormal element, instead the episode exposes the truest evil that anyone could face – a human being. It’s an episode that delves into the demented psyche of serial killer Donnie Pfaster, a guy with a death fetish. A death fetish so extreme, that he progresses from taking dead women’s bodies, to actually kidnapping and killing them to get what he wants – locks of hair, fingernails and fingers to store in his fridge.

Through reading that, you may come to the conclusion that Pfaster is a necrophiliac, but that aspect of his character was in fact rejected by Fox, as they deemed it unacceptable for broadcast. Even though they did reject it, the way Pfaster treats the women doesn’t really leave much to the imagination.

Not only does this episode ensure terror for the term ‘Girly girl’ (if that wasn’t creepy enough as it is), it also does a great job of exploring Scully’s character and her reactions towards the case with Mulder. Her abhorrent disgust and apprehension to the case doesn’t bode well, as she very nearly becomes one of Pfaster’s victims. 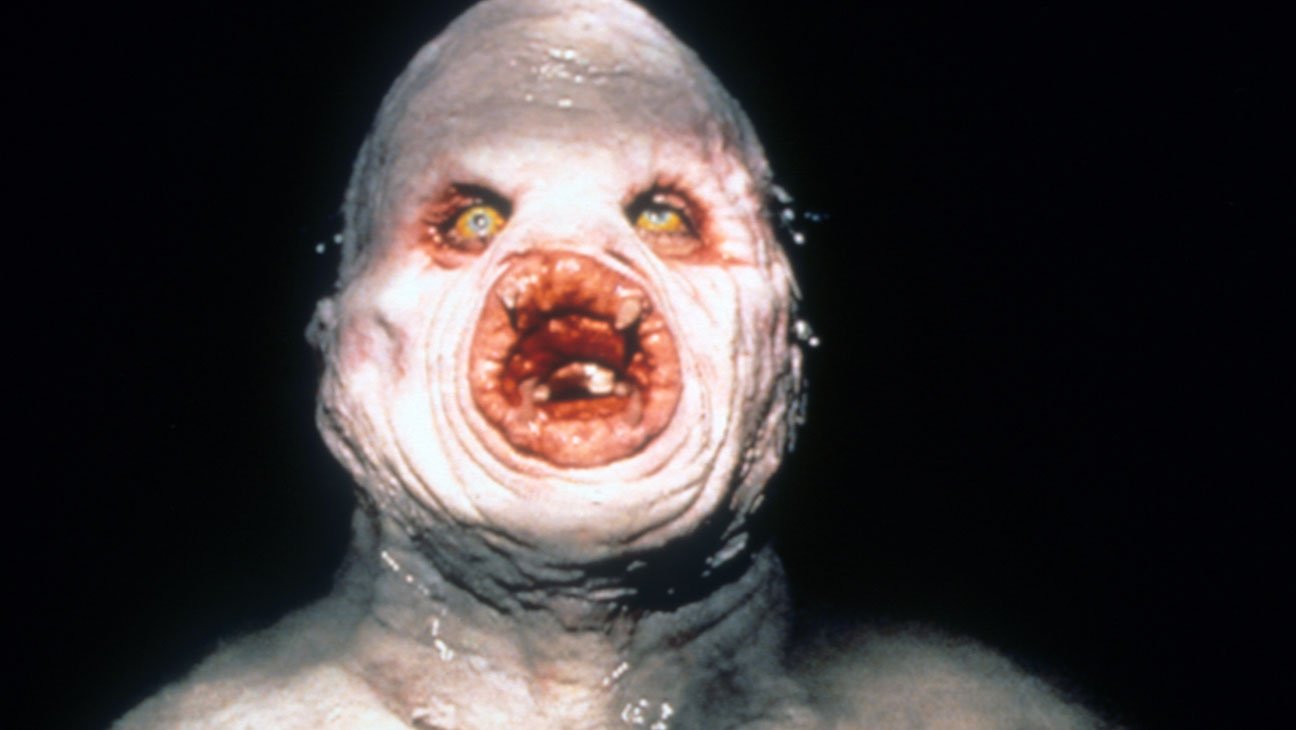 I can’t even write this without getting creeped out by the photo. This is the only instance out of 202 episodes and two movies that has truly, deeply effected me. Jaws may have scared me from going into the ocean, but ‘The Host’ has completely made me lose my faith in trusting portaloos and using toilets in general.

The irrational fear of toilets and portaloos comes from the episode’s monster, the Flukeman, a mutated flukeworm that dwells in the sewers of New Jersey, after being transported to America via a Russian Cargo ship. Where did this creature originate from, you ask? You guessed it, it’s a product of the Chernobyl nuclear disaster. Putting all of that together, along with the fantastic, albeit gruesome makeup and costume, makes the whole premise even more terrifying and somewhat nauseating to watch.

In all honesty, this episode could have been a complete disaster had they not have kept the reveal of the Flukeman until the mid-to-end of the episode. It helps it maintain a level of suspense and fear throughout, and also an element of hilarity, as we watch Mulder, Scully and Assistant Director Skinner try to figure out how to prosecute a giant, mutant flukeworm. 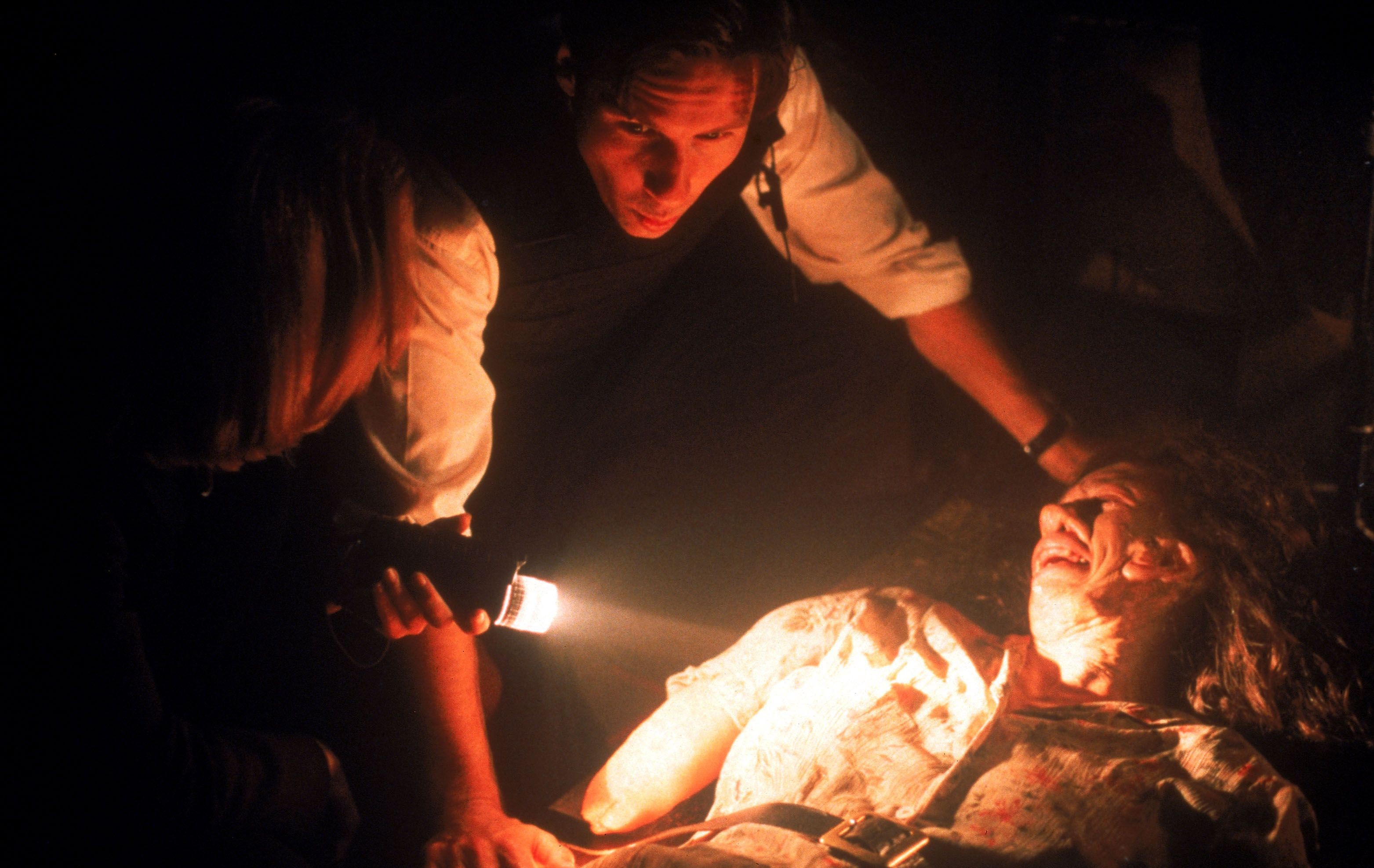 Ah, here it is, the most controversial episode not only in The X-Files history, but also the most controversial episode of television of the 90s in general. It was the first episode to feature a viewer discretion warning due to it’s graphic content, and was also the first episode to be rated TV-MA. A lot of critics believed that the show went too far with this episode, but this is one of the main prevailing reasons why ‘Home’ always manages to make it to the top of a majority of these lists.

‘Home’ is a deeply graphic episode in more ways than one. Firstly, the cold open is nightmarish and depicts an infant being buried alive by a group of strange ‘people’. The infant is eventually found by a group of young boys playing baseball. This is when Mulder and Scully are called in, and they, along with us, are in for a ride of some of the most horrific things that can be seen not only on television, but life in general.

The episode centers around a family of in-bred farmers called The Peacocks. Their house seems as though it has come straight out of The Texas Chainsaw Massacre, and believe me, the family in that film are tame compared to The Peacocks. There are too many shocking scenes in this episode to list, but when Mulder and Scully discover the family’s mother attached to a rolling board – alive – underneath a bed…let’s just say I can never look under my bed without thinking that I’m going to find the same thing.

This episode also includes the song ‘Wonderful, Wonderful’, to juxtapose the Peacock Family. You’ve got to hand it to The X-Files, when they can make songs that seem lovely, turn completely nightmarish, just by using them in the right places.