Read more
You are at:Home»Features»It’s Behind You! What makes a scary movie monster?
By Josh Harris on October 28, 2015 Features

Be they supernatural, extra-terrestrial, or just plain psychopathic, monsters have been terrorizing the big screen since the dawn of cinema. There have been good ones, bad ones, and downright ugly ones. But what does it take for a movie monster to really give you nightmares? Here are my top five tips for making a monster that will really stick with you, long after the film has stopped rolling.

Now this might seem like an obvious point, but it’s remarkable how many classic movie monsters continue to be flogged for an easy buck. Frankenstein’s Monster, Dracula, Freddy Krueger and countless others have been done to death by endless sequels, remakes and sequels of remakes. Paranormal Activity? We’ve seen so many of these ghosts/daemons/whatevers in such a short span of years that we now know exactly what they’ll do. Quiet, quiet, quiet, quiet, BANG, repeat. We know the drill.  When you know your monster inside out it stops being scary. Give us more new ideas.

The Babadook, It Follows; these films will stick with us because the creatures they presented us with were something new, something we’d never seen before, something we couldn’t predict and that’s what scared us. Not that tired old bogeyman can’t be resurrected effectively if you change up the formula a bit. Freddy Krueger stopped being scary about five minutes into Freddy’s Revenge. But when Wes Craven took back his beloved dream killer in 1994’s New Nightmare, a full ten years and five films after the original Nightmare on Elm Street, he turned our expectations on their head by making a film in which Freddy Krueger attacks people trying to make a Freddy Krueger film. A simple twist on the old tropes, and the results were truly petrifying!

Hey, anyone remember Matthijs van Heijningen Jr.’s 2011 prequel to John Carpenter’s classic 1982 monster flick, The Thing? Remember how terrifying Heijningen’s Thing was? Of course you don’t! His Thing was the result of computer “wizardry”; it wasn’t really there! It had no weight, no physical presence. The tangibility of Carpenter’s Thing, through a seamless blend of gruesome prosthetics, puppetry and stop motion animation, helped it to crawl its way into our nightmares as one of the most horrible big screen monsters of all time. Now, I’m not one of those cinematic luddites who would try to convince you that CGI is just an artless cop out. Good CGI takes vast amounts of effort and skill to pull off and it certainly has its place in modern cinema; but to create a monster with the potential to scare the pants off us, you just need something a little more solid. 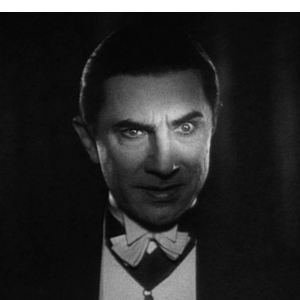 Can I get you a drink, beautiful?

All the best movie monsters have clear and simple motives. Freddy Krueger kills people in their dreams to
get revenge on their parents. Simple. Dracula ravishes beautiful women and drinks their blood to stay alive. Simple. Leather Face is a dim-witted psychopath with a chainsaw. Blissfully simple! Too much lore and too many rules can get the audience bogged down trying to keep up, and this can have a dramatic effect on the scare factor. Whilst I loved the recent It Follows, I did find the rules of the titular It a little confusing. “So hang on,” I thought, whilst hiding behind my hands, “It follows someone at a walking pace until it catches them and kills them, but if that person has sex with someone else, It follows that person instead, until it’s killed them, and then It follows the first person again. So what does It do in the case of a threesome? What does It do once It’s killed all the people in the long line of sex? Does it just vanish? And what does It do if the person It’s following has sex with someone It was following before but now It’s following that person instead so… my brain hurts!” Nit-picky stuff I know, but simple rules keep us focussed.

4. Keep it in the Shadows

The infamous xenomorph of Alien fame is one creepy beasty! Scurrying round the maze like air ducts of the Nostromo, leaping out on the unwary to chow down with its mouth-within-a-mouth, before vanishing again. Horrifying stuff, made all the more unnerving by the fact that we hardly ever see the thing. We just know it’s out there somewhere, waiting… waiting… Oh God, IT’S BEHIND YOU!! When it comes to showing off your monster, less is always more. It’s not until the final scene of Alien, under the bright, white lights of the Nostromo’s escape shuttle, that you start to realise that the terrifying xenomorph is in fact just a man in a rubber costume; a really good costume, no question, but still… the cracks do begin to show. Too many potentially great horror films (Cloverfield, Mamma, Don’t be Afraid of the Dark, to name but a few) feel the need to blow their load in the last ten minutes with a clear view of their monster, usually in some pointless, out-of-place action scene, essentially killing a whole film’s worth of tension in seconds. In contrast, The Blair Witch Project has one of the scariest movie monsters of all time, despite us having never actually seen the which herself! To completely misquote an old saying, “A monster hiding in the bush is worth two waving their hands in your face!”

There’s a reason why films like Dracula Untold and The Texas Chainsaw Massacre: The Beginning completely tank at box office: it’s because no one cares. No one’s interested in spending two hours watching some Romanian bloke becoming Dracula. We’d rather watch Dracula being Dracula.

The Texas Chainsaw Massacre: The Beginning is one I found particularly insulting. The original Massacre is so horrifying because there is absolutely zero explanation as to why this bunch of total psychopaths do what they do. Their actions are essentially senseless. To have all that torn apart, to have Leather Face explained to me by a generic, by-the-numbers knock off that has none of the spirit of the original was enough to make me scream… and not in a good way!

A BA English student with a love of film, tv and all things screeny!