Read more
You are at:Home»Features»Is the cliff-hanger dead?
By Natalie Fordham on October 6, 2015 Features

The cliff-hanger is an age old tool of the entertainment industry and is prevalent mostly in TV series, particularly in soap opera shows such as Eastenders and Coronation Street, and more recently in reality shows such as The Only Way is Essex and Made in Chelsea. However, with internet culture taking over slowly, it seems the fans just aren’t happy to wait, sharing their theories on different forums, attempting to debunk mysteries through set photos and paparazzi sightings, script leaks, and even worse just plain denial.

It is possible to argue that many people already think they’ve solved the mystery of season six of Game of Thrones. The media has been rife with posting sightings of Kit Harrington in Belfast, the filming home of the hit HBO series, and now even sightings of wars being filmed from the set. Though no hard evidence has surfaced to prove that Jon Snow will return to fight Ramsay Bolton, word of mouth of this sighting is enough to cause media uproar. Add to this the countless fan theories posted online about Jon Snow’s lineage, R+L=J, and many are convinced he simply has to survive. They believe he is integral to the story’s events. While Kit himself may have let slip in an interview that he is still linked to the show, no one from the Game of Thrones camp has addressed this. While one TV show’s scrutiny doesn’t mean the cliff hanger is completely dead there have been other big reveals that have damaged various releases. 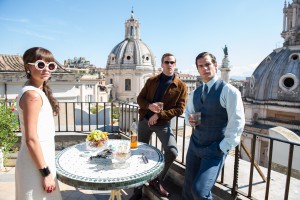 Films have become one of the worst examples of secrecy in the entertainment industry. Though ticket sales at the box-office rose this year, before this the industry worried over getting people out of their homes and into the cinema. It seemed the strategy therefore was to start showing a condensed version of the entire film within the trailer. Culprits of this are Guy Ritchie’s The Man From U.N.C.L.E, Pitch Perfect 2, Insidious, Pirates of the Caribbean: At World’s End, The Amazing Spider-man 2, and last but certainly not least Carrie. While re-makes can be excused somewhat from this category because the story is mostly well known, it seems counter productive to include the nuances in the trailer also. It’s basically giving away the only reason to see the film before anyone is in the cinema, once that happens you’ve lost half your ticket sales. Often this lack of surprise means that people go to see movies and simply have to wait to see the events they’ve already witnessed but in more detail. What this leads to inevitably is a poor reception.

So if TV is losing its mystery, one of the biggest shows on screen and film seems to be revealing all in trailers, who can we rely on to keep the suspense alive? Gaming? Apparently not.

Now cliff-hangers don’t necessarily have to come at the end of something. However, after the end of Batman: Arkham City and the death of the Joker, audiences were left wondering who would now be the primary antagonist in the Arkham franchise, who would become the Arkham Knight?

The hotly anticipated Batman: Arkham Knight was unfortunately outwitted by Entertainment Earth who through merchandising revealed one of the biggest villains would definitely be in the game. While the merchandise wasn’t  directly related to Batman: Arkham Knight, the facial accessory implied that the Joker would be part of the story behind the 2015 game. For fans that had played the Batman: Arkham series before, this leak spoilt one of the biggest story surprises that Rocksteady Studios had to offer.

The cliff-hanger very much died when Rocksteady chose to use well-known Batman comic book lore and use Jason Todd as the main antagonist in Batman: Arkham Knight. For those unfamiliar with the DC universe Jason Todd was a street orphan until he met the Dark Knight after he had stolen the tires from the Batmobile. Jason was trained by Batman and later became the second Robin, but he was beaten and tortured by the Joker, who sent Batman a video of the event and lied by telling him that Jason was dead. Batman fell into a deep depression over Jason’s “death”. Years later, Jason returned, sought revenge against Batman, and utilised advanced technology and resources that he had acquired by pooled resources from his enemies. He created the identity of the Arkham Knight, until his redemption and forgiveness at the hands of Batman. After he finally aided Batman against Scarecrow, Jason took up the title of the Red Hood, a name that was used by the Joker prior to his transformation. 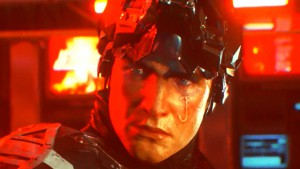 This story was not only familiar to Batman fans, but had even been adapted into the popular DC animated movie Under The Red Hood. Early on in game-play however, Rocksteady let the cat out of the bag. With no long-standing history with Todd, his character arc is wholly dealt with in Arkham Knight and therefore reveals the antagonist too obviously. We see these impressively framed part flashback/part hallucination scenes of the Joker torturing Robin in captivity, letting us know that what happened to Jason is part of Arkham’s continuity, having not featured in any real notable capacity in previous Arkham games. After these scenes I’m certain that everyone who predicted Jason Todd before the game felt this solidified their theory. The pre-order DLC featuring Todd’s Red Hood persona was arguably a clue, too.

This also gives non-Batman comics fans a very easy way to figure it out. If you’d never heard of Jason, but had played the previous Arkham games, it would surely be clear as to why these torture scenes with the Joker and Jason would pop up in the story now. If they weren’t vital to the main story, they’d have ended up in a side-quest. These scenes give the Knight’s identity away to the player, regardless of their knowledge of the character. It doesn’t make sense to believe the Joker would reinvent a whole new villainous persona. Thus the mystery is revealed. Perhaps this was deliberate foreshadowing on the part of Rocksteady, but it doesn’t line up with how heavily the marketing campaign played on the Knight’s ambiguous identity.

I’m sorry folks, we can’t even rely on gaming anymore to build suspense and keep the cliff-hanger alive!

If you believe the cliff-hanger is still alive please let us know in comments below or let us know your disappointments across film, TV and gaming! Conversely, just watch the trailer below if you want to understand the entirety of a full length film.