Read more
You are at:Home»Features»Before Rebecca Black there was…
By Nick Mould on April 1, 2011 Features

The most recent piece of pop fluff that’s become a viral YouTube sensation, as any regular internet users are probably aware, is 13 year old Rebecca Black’s ode to the last day of the working (sorry – school) week, ‘Friday‘.  Her singing as well as the quality of the song’s lyrics has led to it being accused by many to be one of the worst recorded pieces of music ever.  Whilst it perhaps deserves some recognition as such, as a long time appreciator (for lack of a better term) of misguided, dreadful music I think some of it should be allowed to be judged alongside some of its competitors.  I have decided not to include novelty songs (ie: ‘Barbie Girl’, ‘Bob the Builder’, ‘Crazy Frog’) as they are all obvious choices.

First up we have the infamous group The Shaggs.  The story behind this short lived group is curious (and there have been talks of developing it into a feature film).  In 1969, three homely young girls from a small town in New Hampshire, USA were forced by their father to form a music group.  Despite the fact that none of them had ever sung or played instruments before – they managed to record an album, titled Philosophy of the World. Whilst any of the featured songs are contenders, the track ‘My Pal Foot Foot‘ is probably the best known.  It concerns how the sisters thought they had lost their cat (named Foot Foot), but then they later found it hiding behind a tree.  You might think that there have been more unusual topics for songs, but they most likely were performed with some discernible skill.  Despite this, the naivety and innocence of their music has earned the group some fans. Frank Zappa even claimed that The Shaggs were better than The Beatles, and other famous appreciators have included John Zorn, NRBQ and Kurt Cobain.

Another contender would be any track from Lou Reed’s 1975 album Metal Machine Music. Although it’s slightly admirable that a musician as well established as Lou Reed decided to completely rotate his public image by releasing such a unconventional alienating record, it doesn’t make it anymore listenable.  There are no songs, lyrics, melodies, rhythms, vocals, or even any instruments being played on the album.  Nothing, except over an hours worth of layered loops of guitar amplifier feedback.  On it’s release, thousands of people expecting another Transformer returned it.  Like The Shaggs, it is not without it’s fans, who consider it a work of dadaist art in the same vein as John Cage’s 4’33.  However most believe it to have been an elaborate joke on Reed’s part, and an attempt to get out of his contract with RCA records.  Lou Reed has never really explained his intentions, though he has recently toured playing some of the album’s ‘music’. 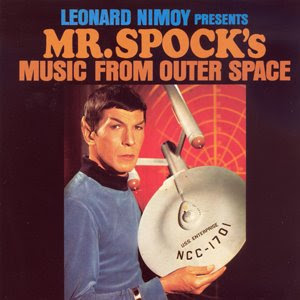 It’s veering on novelty, but there is nothing quite as bizarre as the pop music recorded by Star Trek stars William Shatner and Leonard Nimoy.  Nimoy fares better, mainly because his singing voice isn’t too bad, but he is responsible for one of the campiest songs ever, ‘The Ballad of Bilbo Baggins‘. You don’t get much nerdier than Mr. Spock singing lyrics adapted from a J R Tolkien story. 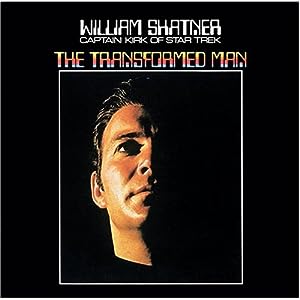 Shatner on the other hand, doesn’t have much to redeem himself.  1968 saw the release of his notorious spoken word album Transformed Man, in which he ‘acts’ his way through the prose of Shakespeare and well known pop songs.  It is difficult to tell how sincere Shatner is being as he tightrope walks the fine line between silly exaggerated pomposity and self indulgence pretentiousness.  Most hilarious and dreadful is his cover of ‘Lucy in the Sky with Diamonds‘. He didn’t stop after that either, he in fact continues to record music.  One of his most recent is his rendition of Pulp’s ‘Common People‘. Click at your own risk.

In fact actors deciding to try out recording music is usually not a good idea, particularly during the ’80s.  To name a few examples:  Eddie Murphy, David Hasslehoff, Mr. T and probably the worst case, Joaquin Phoenix – who decided that he had enough playing Johnny Cash and that his true calling was in becoming a rapper.

Lastly, my own personal choice for the worst song I have ever heard is Brooklyn based rap group Das Racist’s Combination Pizza Hut and Taco Bell.  Even if it is meant to be a parody of crass consumerism as often heard in pop music, it remains mind numbingly stupid and repetitive with the most mundane sounding beat that not even Souja Boy’s producers would pass.

Perhaps Rebecca Black will claim in a few years time that she was ‘only joking’.