Lost Judgment is a hugely engaging and fun game, only lightly affected by its issues

Lost Judgment is the sequel to 2018’s Judgment, both of which serve as spin-offs to the cult classic Yakuza series. The series follows the story of private investigator Takayuki Yagami, with the sequel focusing on his investigation of a decaying body discovered in Yokohama, and its links to a police officer arrested for sexual assault at a train station. This trail leads Yagami to a school in Yokohama, forcing him to go undercover to discover how deep the trail goes. 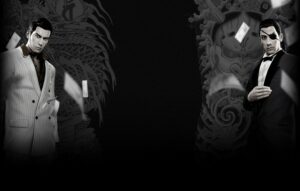 Lost Judgment is a spin-off to the popular Yakuza series. Credit: Sega

For those who have played the previous game or even the Yakuza series, Lost Judgment will feel familiar. Indeed, this digital version of Tokyo and Yokohama is familiar to those who have played almost any Yakuza for the former, and Yakuza: Like a Dragon for the latter. This familiar feeling is a firm positive overall. The tight, acrobatic, and ludicrous combat of Yakuza and its spinoff is always brilliant, and Lost Judgment introduces a new set of moves based around hitting multiple enemies at once because, after all, juggling enemies in mid-air with a flurry of punches will never not be fun.

Lost Judgment also brings the ludicrous wealth of side-content we have become accustomed to in the games of Ryu Ga Gotoku Studio. Seiryo High School introduces a load of new mini-games narratively linked to a club interested in the mysteries of this school. You will be helping a competitive dance squad one minute, and beating the six Sundays out of someone in the boxing gym the next. These school mini-games are still only a section of the considerably larger side activities, from Mario Party-esque VR games to a knock-off House of the Dead.  The side missions are equally as excellent (and bizarre) as we’ve come to expect from the developer, as you catch parkour perverts and chase UFO rumours. 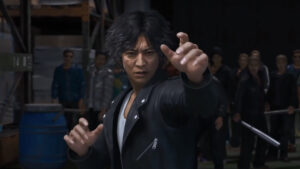 Lost Judgment can sometimes feel inconsistent in the difficulty of its combat. Credit: Sega

Its divergences from earlier games are not always positive. While I have not played the original Judgment, the amount of cutscenes in Lost Judgment feels unnecessary and some early chapters leave the player feeling a little uninvolved. The difficulty of Lost Judgment is also uneven. On the one hand, bosses are an exciting and gruelling test of your fighting ability as you dodge, block and attack enemies who are far and away stronger than you. However, most other enemies are weaklings who go down in a few hits. Combat interactions fail to adequately prepare you for bosses, as you shift to-and-fro from feeling like a Dark Souls boss crushing enemies with ease, to a Dark Souls player suffering powerful adversaries. The plot is also an acquired taste – the game spends a great deal of time-based in a school, which is unconventional for a game centred around a murder mystery. Regardless, the story is heightened by a fun set of characters, the highlight being Kaito, Yagami’s right-hand man. Kaito, an ex-Yakuza, is in many ways a more interesting character than our protagonist, with a more distinct, bashful attitude. Perhaps the developers see his appeal too, considering the upcoming DLC features a playable Kaito, which I’m more than happy to see.

While one could play it off as lip service it is admirable that Lost Judgment tries to tackle difficult issues. The game tries to discuss Japan’s issues with criminal prosecution, its high rate of conviction a sign of a corrupt system, personified by pressures on Judges to convict the accused. Yagami works to find out the truth about a man accused of sexual assault, and if the case goes considerably deeper than the justice system has bothered to dig.

Lost Judgment feels special in retrospect, given it was recently revealed that the creator and the series producer of both series’ have left. The game serves as a eulogy for their work on this franchise, and it is a seriously good one at that. While Lost Judgment has its own share of missteps, these pale in comparison to the buckets of content, motivating story and hilarious character this game includes.

Lost Judgment is out now on PS4 and PS5, you can see a trailer below:

I'm a third-year History student with a love for film and their posters.