Read more
You are at:Home»Culture»Violent Depictions in TV
By Sam Pegg on December 10, 2021 Culture, Television

Back in the 18th century, 1774 to be precise, Johann Wolfgang von Goethe released The Sorrows of Young Werther, which would become a textbook influencer of the Romantic Period. What Goethe never expected though, was the increase in suicide rates that happened around the time of the book’s release. Later dubbed the ‘Werther effect’ in a pioneering study by David Phillips, what The Sorrows of Young Werther shows us is how triggering subject matters can be potentially dangerous for readers, and in the world of TV, viewers to live through. In the modern world where shows like 13 Reasons Why, Criminal Minds and even Grey’s Anatomy exist, violence is a mainstay on television, but can it ever be justified? 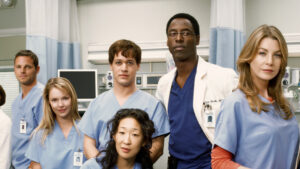 You might be thinking, wait a minute, Grey’s Anatomy? However, anyone who has watched Grey’s Anatomy knows it’s a show that often deals with the repercussions of violence (especially gun crime). Most of time, we never see the act committed (except for a few episodes where the hospital occasionally gets held at gunpoint), and so we tend to only deal with the after-effects. This is effective because it puts a barrier up between the audience and itself.  In the many episodes that have scenes about rape, suicide and even self-harm, what’s implied is enough to understand the seriousness of the issue without forcing us to experience it. We’re distanced from it and that makes it smarter and less triggering – it strikes a balance as to not constantly pull us into imagery and violent depictions.

With crime dramas like Criminal Minds and CSI, it becomes a bit more complicated. Normally, audiences know what to expect when they watch crime shows, and so they have a bit more freedom in the level of detail they show. Yet it’s also still rare that we see something horrific happening, again we tend to be caught in the aftermath of the crimes and the unravelling to understand them rather than each episode beginning with a different way someone has died. Most episodes start with the discovery of the body, we rarely are forced to experience the graphic events that lead up to that moment. 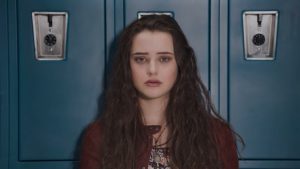 A scene involving the character Hannah Baker, pictured above, was edited out of Season One of 13 Reasons Why for the harmful effect it left on its audience. Credit: Netflix

Then along comes shows like 13 Reasons Why or more recently I May Destroy You that depict suicide and rape respectively. They don’t hide it, and they depict the reality of the subject matter, but at what detriment? In April 2017, the time 13 Reasons Why was released, news outlets and statistics apparently recorded a higher increase in suicide rates, which some believe can be attributed to a Werther effect caused by the show (but it’s anything but concrete evidence). What we do know though is the show’s depiction had a profound and harrowing influence on its viewers and garnered questions on whether it was necessary. A show dealing largely with the aftermath of the loss caused by suicide seemed to veer into using shock value when depicting its main character Hannah Baker in the bathtub. In fact, two years after the show’s season one release, Netflix decided to edit the scene out of the show after the harm it caused viewers.

In I May Destroy You though, a male rape scene was the cause of grief of viewers, and again begged the question if its depiction was necessary. On one hand, both shows displayed the trauma and pain caused in moments such as they show, the closest we can ever get to experiencing such polarising events without actually experiencing them. At the same time, the impact it can have on viewers and people’s mental health can be costly. It’s a topic that will be at the forefront of entertainment for years to come, splitting audiences for and against it, but there has to be something said about the level of care I May Destroy You showed in handling its troubling scenes in comparison to 13 Reasons Why‘s handling.