Finally seeing the University of Southampton’s Theatre Group (TG) back in the Annex is a delight in itself. Now imagine a project that sometimes feels absolutely absurd, a truly great cast, and a celebration of student theatre and then you have their current show: Present Laughter. Even while the show has its pitfalls (almost always the fault of Noël Coward’s writing), the fact the cast weave their way through long dialogues and monologues with charisma, charm and plenty of laughs meant it was worth every minute. 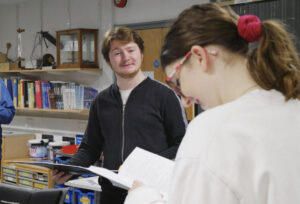 Present Laughter feels like a very vague and modern spin on Oscar Wilde’s The Importance of Being Earnest; a mismatching of characters, lies, and deceit that accumulates when the many strands of Garry Essendine’s life come rushing together at full force. You have young débutantes, crazed homoerotic playwrights, alluring wives, sarcastic secretaries and a whole lot more that keep Gary on his toes as he tries (and fails) to keep calm and control the situation. It’s the perfect set-up, and while not every character is fully realised in Coward’s script, in TG’s hands they exploit everything they can work with and truly make it shine.

Perhaps it’s a testament to co-directors, Charlotte Connelly and Annabel Hughes, as well as assistant director, Daisy Gazzard, that helps mitigate the problems of the plot. Every scene seems excellently rehearsed, meticulously planned and the actors almost always flawless execution reeks of a confident approach to the script. What could have been this play’s downfall then, becomes its strength as its constant need to over-write because of a chance for some great humour and self-awareness. Gary Essendine is realised as brilliantly melodramatic and always excellently contrasted with the mute sarcasm of his secretary, Monica Reed. Liz Essendine is perfectly grounded in reality, but her sharp wit and cool demeanour help navigate the silliness of moments when it would have been all too easy to make her contribute to them. In fact, every character is perfectly realised in the directors’ hands and every point of humour is expertly exploited so that the laughs from the audience are always earned, and the smiles of enjoyment are constant. 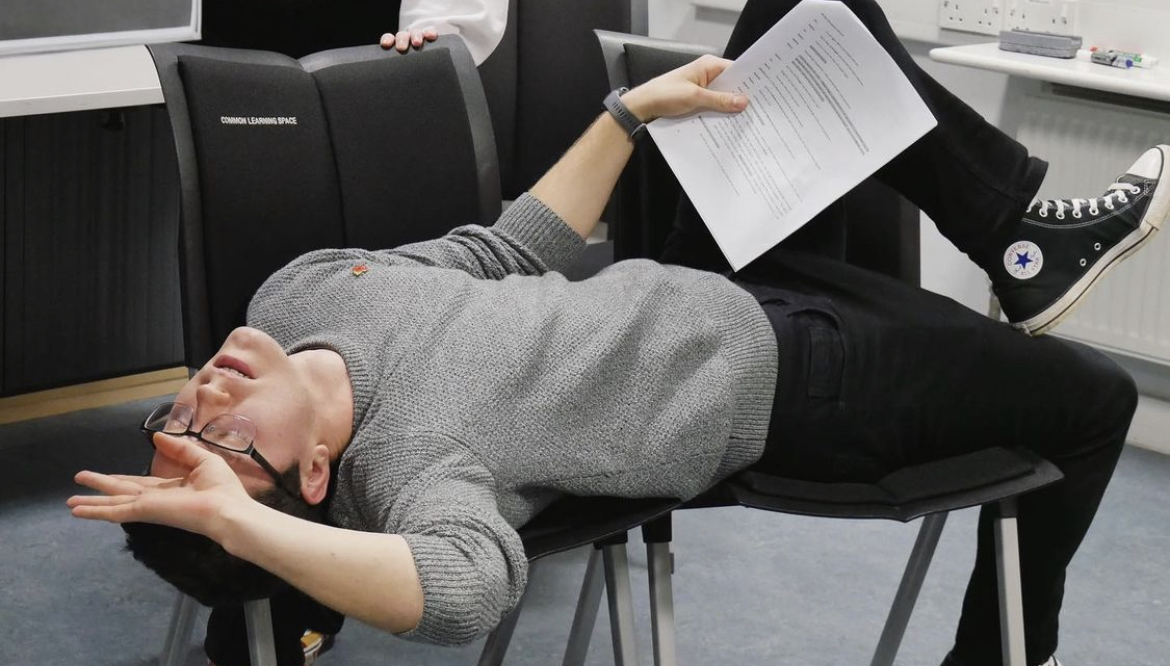 My biggest praise will always be its cast though, something TG always excels in. If “student-theatre” is the limitation, then none of this cast is bound by those limits. Every performance and I mean every performance from its talented cast feels brilliantly realised. We can’t go without first mentioning its leading character, Gary Essendine, played with the completely mad-hatter style of Will Johnson. Gary often feels like a poetic and privileged man-child and everyone around him seems to know it. What Johnson brings to the performance though is an indefatigable amount of energy that helps keep the momentum of the play going. Likewise, John Galbraith’s Roland Maule, the playwright who quickly becomes obsessed with Gary, always caught my eye. From his campish “how do you do”, to hilarious interactions with Johnson, there’s no question that Galbraith comes to the role with real vision and excellently executes it.

Although the show’s biggest laugh comes quite unexpectedly from Lily Melton’s, Daphne Stillington, the débutante that becomes quickly enamoured by Gary, and Melton’s performance, although not having a huge chunk of lines, is one that sticks out rather memorably, a delight when she reappeared in the play’s second half. A final performance worth mentioning is Annie Paler’s, Joanna Lyppiatt. Lyppiatt like Liz Essendine is probably the least served by the humour of the script but helps drive narrative moments forward, offering unmatched control and understanding of her character. Frankly, Paler feels like a force to be reckoned with. 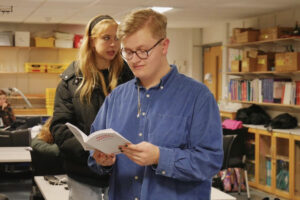 Finally, turning our attention to other elements of the show reveals that simplicity is sometimes the best option. The lighting isn’t over-stated, occasionally adding in hues of purple to give on-stage moments a little more identity and to capture that theatrical pizzazz that Gary sees his life as. Occasionally spotlights are used, but never so much it feels over-done, generating its own laugh in their infrequent inclusion. The set on the other hand reaches for this finer, well-developed lifestyle that never tries to be any more than it needs to be. Great use of entrance and exits, doors, and props all help keep this show grounded in student theatre while still reaching for the utmost it can in an Annex low-tech slot.

To finish, all that can be said is that Present Laughter is the return to normality for TG and an excellent one at that. While its script may be the biggest weakness, in such competent and hilarious hands, I found myself enjoying every single moment, and can’t wait for what they have next.

Present Laughter is performing at The Annex from December 1st-4th. You can book tickets by clicking here. What the trailer below: