In a show that promises magic, offensive amounts of glitter and a live bear, the Mischief Theatre Company's latest venture doesn’t disappoint.

“Magic Goes Wrong” is the latest play in the Mischief Theatre Company’s series of on-stage shenanigans, paired up this time with the magical stylings of the American duo Penn and Teller, the show combines Mischief Theatre’s usual comedic chaos with a spellbinding twist. 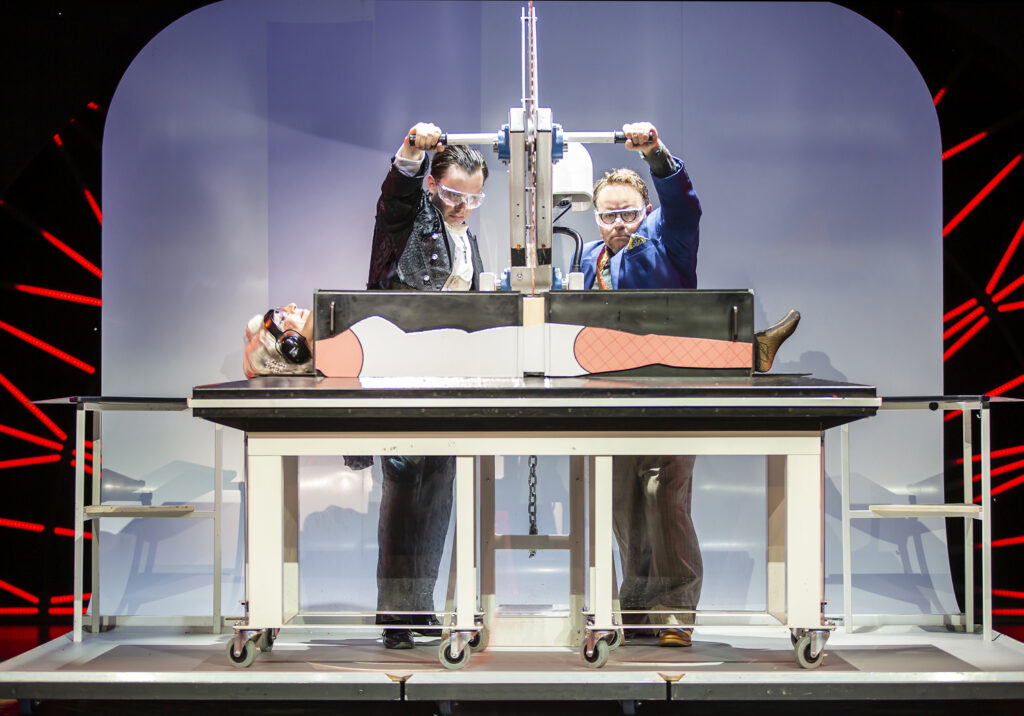 In “Magic Goes Wrong”, we follow the calamitous young magician “Sophisticato” (Sam Hill) as he attempts to throw a charity fundraiser for victims of magic tricks that have ended in disaster. Sophisticato is joined by his circus of fellow acts, including characters like The Mind-Mangler (Rory Fairbairn), stunt-artist The Blade (Kiefer Moriarty), and gymnasts Bär and Spitzmaus (Chloe Tannenbaum, Jocelyn Prah), in a series of entertaining skits and stunts that combine some classic magic tricks with inevitable disasters. Over the course of two hours, you can expect to see the dead summoned, knife throwing, a bear on the loose, human cannonballs and some truly impressive vanishing acts. Visually, the show is a colourful delight. The characters’ costumes boast an array of glitter drowned suits and gowns, shimmering leotards and for other characters, a lack of clothing entirely. The Mayflower Theatre transforms itself throughout the show from a star-covered big top, a fortune teller’s tent, into a golden pharaoh’s tomb, customised for each character’s style of performance.

To its credit, “Magic Goes Wrong” shakes up its usual formula by offering a confident step into morbid humour, with a variety of on-stage deaths and injuries strewn throughout the magic experience. Stage Hands are frequently picked off as props collapse and health and safety measures backfire, limbs are cut off and thrown aside a ’la the Black Knight from Monty Python, and many magician’s assistants are doomed to meet untimely, yet hilarious ends. In a moment that appears to be a rare opportunity for the audience to learn a magician’s secrets, Sophisticato semi breaks character to explain the workings of a sawing in half trick to the audience, only for the character he is demonstrating on to be suddenly sawn in half. The brief interludes of playful gore keep the audience’s attention fixed, and adds a much-needed level of peril to the magic. Penn and Teller’s influence is most recognisable during scenes of ‘high stakes’ magic where we recognise the risk is high. We expect the performer to make it out at the very last second, as they always do (Houdini style), so when they do begin to truly go wrong, the show thrives off of the unease and nervous laughter that follows. 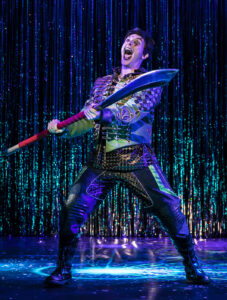 While each gag is able to secure its own laughs, the show occasionally has its weaker moments. At times Spitzmaus and Bärs over the top comical German accents led to punchlines and cues for audience interaction becoming easily missed, and some of the routines left the audience with more bemusement than laughs by the time the curtain fell.

The show grows in confidence in the second half, with characters fully embracing the absurdity that wasn’t quite there at the start. The tricks are truly impressive to watch, with many “ta-da!” moments bringing genuine delight. Kiefer Moriarty as The Blade, and Rory Fairbairn as Mind Mangler fast become audience favourites from the sheer wackiness that they bring to the table in their sketches. In skits where “Goes Wrong” is at its most literal, the audience’s reactions of both horror and delight feel truly authentic and new energy and interest arrive for the characters on stage. The audience is often brought in pantomime style to shout out the safest course of action for when the magicians confidence falters, and when death and disaster are avoided, we cheer as loudly as the characters do.

Unlike other shows from the Mischief Theatre Company, the jokes from “Magic Goes Wrong” didn’t leave me with tears of laughter, but the intrigue and entertainment that the magic brought had my attention in full. The Mischief Theatre team have tried something new and succeeded in providing a fun, magical, and memorable evening. Firm fans will not want to miss this latest instalment but be prepared for it to be something different.