The biggest TV show in history ended not with a bang, but with an understated slow-burner that took us on a strangely satisfying (if sometimes hollow) trip round the newly-formed seven kingdoms. And now our watch has ended.

There’s just something about Game of Thrones. Obviously. Over the last 10 years it has amassed a global cult following and a $15m-per-episode budget, becoming the single biggest TV drama in TV drama history. But that’s because it truly is something special. Away from all the character drama, from the edge-of-your seats action sequences and behind-the-back dealings, showrunners David Benioff and Dan B. Weiss – with the backing of George R.R. Martin’s Song of Ice and Fire source material – have created a genuine television fantasy.

Never has this been more apparent than during the show’s eighth and final season.

The world created by Game of Thrones is so vast and so rich, it leaves the viewer begging for it to be explored, begging to fall into it and play out their own medieval fantasies. Did you get behind Stannis “the Mannis” in the earlier seasons? You can devise and discover a hundred different possibilites of him ending up on the throne, each as enthralling as the last. Are you more a fan of Jon Snow’s loyalty and honour? Just go read countless fan theories online picking up throwaway lines and undecipherable prophecies, one of which only goes and turns out to be true. Fans experience this world just as much as the characters they adore, because the show is produced, written, directed and acted to a level unlike anything else on TV.

But in the divisive events of the last few weeks, Game of Thrones‘ strength has become its weakness. The very thing that pulled so many to the world dreamed up by Martin, Benioff and Weiss set people’s expectations up, almost inevitably, to come crashing down. The start was too slow, focusing too little on the existential threat of the white walkers and the devastation they can unleash. The start was too fast, with not enough time spent on Cersei and her utterly self-centred attempts to cling on to power. The battle of Winterfell was too easy, with not enough main characters dying or seeming in any “real” danger. Daenerys destroyed her own character arc, turning mad despite winning the battle for King’s Landing. Such are the protestations of fans online and offline about the direction the show has taken as Benioff & Weiss looked to bring everything towards what they hoped would be a bittersweet conclusion, with emphasis on the “sweet”.

It’s the very nature of endings to tie everything up, to trim away characters and potential story threads as a narrative hurtles towards its conclusion. For Game of Thrones, that’s meant denying fans the potential of realising plot points they’ve been dreaming up for years. And for so many plot points and so many characters as inhabit the world of Westeros, that’s bound to leave a sour taste for many. The fact that the endgame of seasons 7 and 8 totals just over the length of a regular season, causing many payoffs to be set up all-too-quickly before being resolved and thus reducing their emotional impact, hasn’t helped.

To be clear, I want to say this: I have loved the final two seasons (indeed, all eight seasons) of Game of Thrones. The level of production, the level of storytelling, the level of cinematic mastery far exceeds anything that can be seen outside the cinema, and even much of what can be seen in it. There are directions the story has gone that I wouldn’t have chosen, but they’ve enthralled and surprised all the same. For all the pain that wrapping up a story as immense as the one in Game of Thrones causes (losing a story possibility can hurt as much as losing a beloved character in a show like this), I still see it as the utter peak of entertainment. Each episode draws intense new emotions, from the utter anxiety of ‘The Long Night’ to the “war is hell” horror of ‘The Bells’. It’s quite honestly my favourite entertainment propery of all time, and I’m sad to see it go.

Which brings us onto the finale. I’ve not been discussing that up to this point, but on the next page I’ll be looking at it in-depth, so if you’ve not yet watched it and you at all care about spoilers, turn away now. 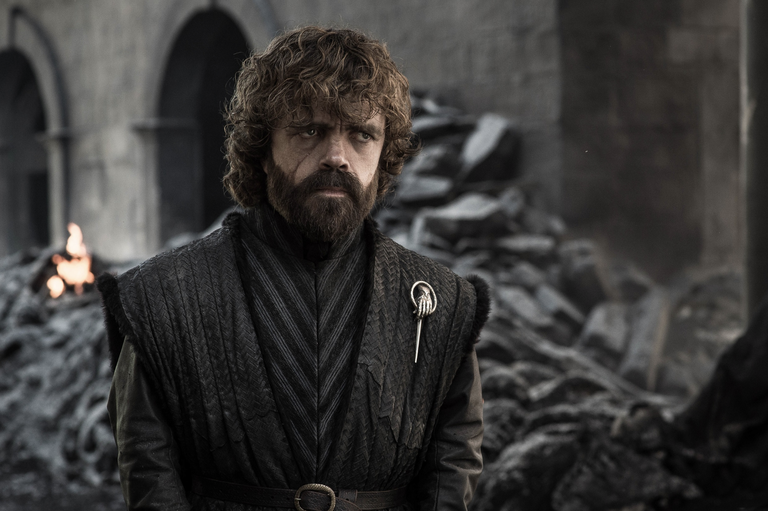