Read more
You are at:Home»Culture»Review: I Spy, by Comedy Society
By Ellis Murrell on May 6, 2019 Culture, Theatre
80%
80
Enjoyable

ComedySoc's latest is a trope-laden farce - and it's hysterical from start to finish!

Over the course of two days on Friday 3rd and Saturday 4th May, Southampton Comedy Society performed a totally original piece of theatre – ‘I Spy’, written by alumni Ciaran Madeley. I’m pleased to report that the student-led, produced and performed production continues the Performing Arts’ winning streak over the 2018-19 academic year.

The two-act play centres on a group of bumbling secret agents as they attempt to successfully carry out the exchange of top-secret files, which could easily cause an international disaster if they were to fall into the wrong hands. Unfortunately, it all goes south pretty quickly when the files are taken by an unknown party. From that simple premise, we are treated to a chaotic and frantic hunt for the missing intel, which leads a uniformly strong cast on a wild goose chase about the city. The story isn’t anything revolutionary, with a lot of scenes reminding me of Johnny English or Austin Powers, but the dialogue and story beats were consistent enough to keep it from ever feeling generic or dull. The characters in the story aren’t given too much development, but this is easy to overlook when the story and the gags are placed centre stage, and the majority of these were very funny (minus a few groan-worthy Brexit and Trump jokes, which almost seemed inserted out of necessity?) With a limited amount of props, backdrops and behind the scenes production going on, it really came down to the actors to deliver with physical theatre, and they certainly didn’t disappoint. Highlights included an unusual interrogation scene, comedy henchmen, and literally any scene involving Owen Jackson’s Dr. Dreadful. Jackson’s supervillain parody was wonderful from start to finish and an absolute highlight of the show, even if it reminded me a little too strongly of Phineas and Ferb‘s Dr. Doofenschmirtz!

Unfortunately, due to the small cast there were a few actors performing double duties, which made it slightly confusing to follow who was playing which character in which scene. Because of the nature of the story, which features numerous double-agents and duplicitous characters, I found myself struggling to discern whether or not we were supposed to think there were disguises involved or not – something that only became clear after the show had ended. Furthermore, the show’s blind character (played confidently by Finnbar Murphy) was the subject of one too many mean-spirited jokes about his disability – I see what you did there guys, but I’d have preferred a bit more of the espionage gags!

However, I have few genuine criticisms of the show. As can always be expected from our university’s PA societies, the performance was of a high quality, with my kudos going out to both the actors and the behind-the-scenes crews. Unfortunately, at the time of this review’s publication the show has finished its initial run at the university, but you can keep an eye out for upcoming shows at www.comedy.susu.org. 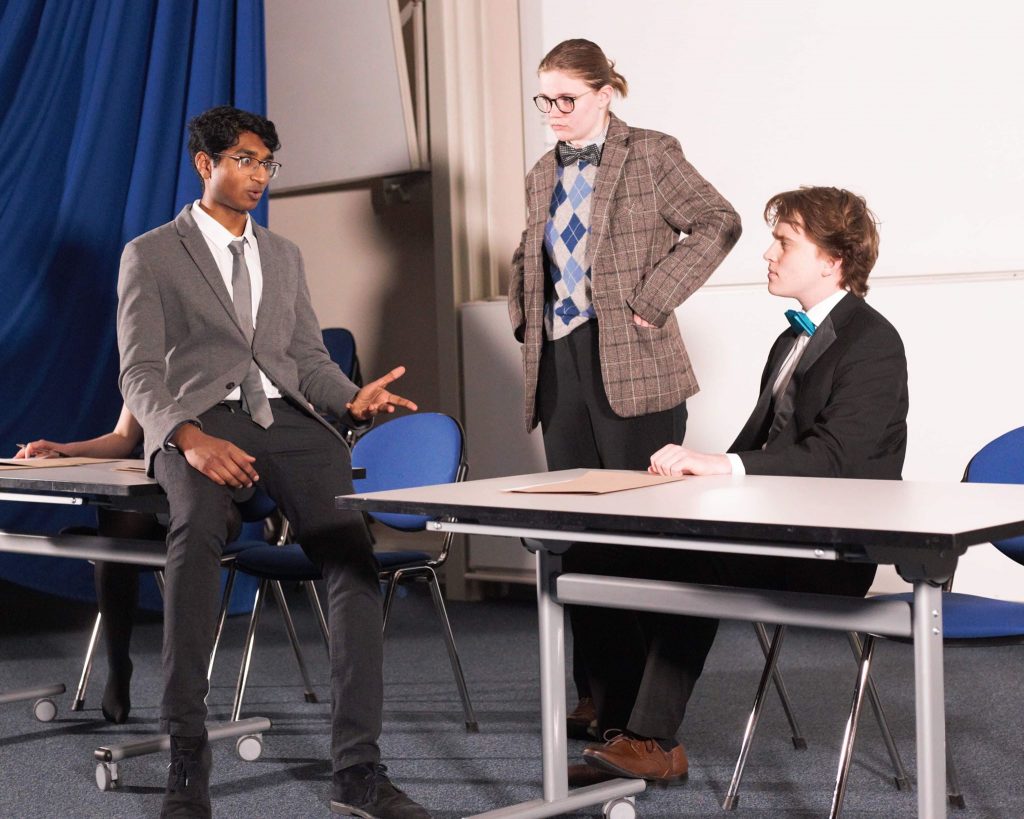