Read more
You are at:Home»Culture»How to Fix: Doctor Who
By Christian Wise on March 15, 2019 Culture, Television

I’ll just get straight to the point: Doctor Who’s eleventh series is the weakest since the show returned in 2005. I went into Jodie Whitaker’s first series with high expectations, coming off the back of Peter Capaldi’s wonderful three-year stint, but this new run of episodes left me feeling cold and disappointed with the show for the first time in a very long time. With Series 12 not airing until 2020, I expect showrunner Chris Chibnall will have plenty of time to ruminate on what didn’t work about the last series. Here’s five things he should do when the show comes back next year: 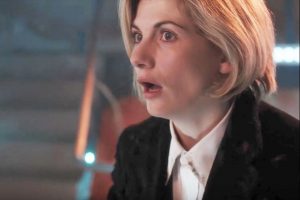 The Thirteenth Doctor’s characterisation has been markedly weak, and almost non-existent. Despite a strong first impression in The Woman Who Fell to Earth, Thirteen is forced to spend most of Series 11 acting as a fusion of Tennant and Smith’s Doctors, with no unique characteristics of her own. The lack of character seems to sadly be affecting Whitaker’s performance, as it seemingly leaves her with nothing to do except make exaggerated gurning facial expressions.

Suffice to say that Series 12 needs to give Thirteen some proper characterisation. Perhaps give her a brutal, high-stakes story (the kind that this series was sorely missing) that will be able to really challenge her, and show us her true self (like Eccleston’s Dalek, or Tennant’s The Waters of Mars). Because I certainly don’t want to look back at Thirteen in ten years’ time, and only remember her as “the woman”.

2) Give Yaz something to do 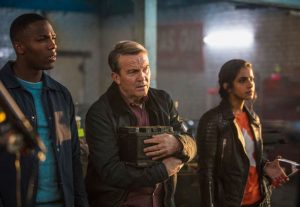 Modern Doctor Who’s format just cannot allow for three companions in the same way that classic Who did. While Ryan and Graham were limited in their development, they at least had a purpose and character arc for the series. Yaz on the other hand has no real reason for being part of the team. She spends most of the time standing in the background, making occasional remarks, looking in amazement at the Doctor, and giving Tumblr a reason to ship the two together.

If Chibnall isn’t planning on just ditching her in Series 12, then at least give her something to do. Much like Thirteen, put her in a difficult situation that will really test her. Perhaps use her status as a police officer to some effect (She’s a police officer, remember? Clearly the writers don’t). There’s still potential for Yaz as a character, and I’m sure Mandip Gill will be grateful for the opportunity to really express her abilities as an actress.

3) Bring on the monsters 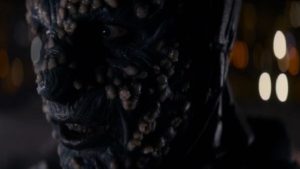 As much as I love perennial favourites such as the Daleks and Cybermen, I was glad to hear that Chibnall would not be bringing any previous villains into series 11. It would be great to allow the incoming writers to create their own iconic villains. Maybe one of them would have a Weeping Angel level of greatness in them

“Tim Shaw” was a typical first episode villain, and was executed reasonably well in Woman, but the subsequent villains left a lot to be desired. The Remnants and Krasko were underwhelming antagonists; although freaky for arachnophobes such as myself, the giant spiders were fairly standard beasts; the P’ting was just stupid; and the Morax were derivative and boring. This series’ Rogues’ Gallery was the worst in new Who, capped off with the finale bringing back “Tim Shaw”, who’s just laughable as a big bad.

Resolution made good use of the Daleks, so there is a possibility that Chibnall’s making steps in the right direction. I would like for the production team to stretch their boundaries and get creative with their villains from this point on. They should find interesting ways of reinvigorating old villains, and create new villains that are both interesting and scary.

4) Integrate character moments with the story 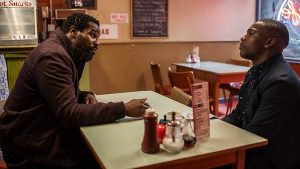 Chibnall is capable of doing character moments very well; he’s proven that on Broadchurch. What he does less well is using them properly within a narrative in Doctor Who. His attempts at character moments on the show see him take the characters to one side so they can discuss their feelings. These scenes aren’t bad as such, but they really disrupt the tension and flow of a story when used inappropriately, as seen in stories such as The Ghost Monument, The Tsuranga Conundrum and Resolution.

Russell T. Davies was good at mixing emotional character moments into that week’s story, as seen in School Reunion or Gridlock. Chibnall should follow this method: actually have the character-driven sequences feel relevant to the theme of the episode. That way, these scenes will feel powerful when seen by the audience, as opposed to inappropriate and distracting.

I…don’t think I need to explain this one, I reckon it speaks for itself.

All episodes of Doctor Who series 1-11 are currently available on BBC iPlayer.