Read more
You are at:Home»Culture»This Month on Netflix UK: November 2017
By James Barker and Josh Nicholson on November 1, 2017 Culture, Features

Halloween is over and Christmas feels distant, but Netflix still has our backs. Deadlines are nearly upon us, so it feels like the worst (*perfect) time to recommend stuff to binge-watch. Marvel’s bringing the heat with The Punisher, Emma Stone sings of brighter days in La La Land and Alvin and the Chipmunks arrives with your prescribed dosage of early 2000s nostalgia. If you’re done with Stranger Things, I think you’re find some great stuff below. 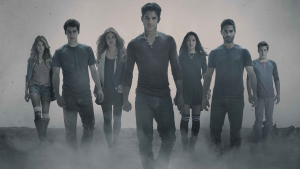 What? Is this still on? I jest. Sort of. Teen Wolf is about – you guessed it – a teenage werewolf, living in the “complicated supernatural world” of Beacons Hill, California. Scott (Tyler Posey) is transformed in the first episode of the series, but six years on a final battle is raging for his dysfunctional gang, which includes banshees and druids. It might all sound a bit like a Sims add-on pack, but it’s been going for six seasons, so there must be something good about it, right? Right?

Alvin and the Chipmunks 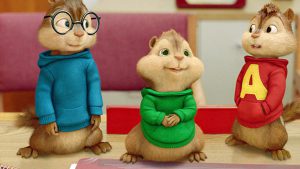 What? If you’re a fan of ear-splitting renditions of early-2000s pop hits, I’ve got great news! Okay, Alvin and the Chipmunks isn’t the best film, but it’s great if you’re in the market for some nostalgia. After moving to Los Angeles, David Seville finds himself sharing a house with three musical chipmunks. It’s this kind of gritty realism that means that Alvin and the Chipmunks will survive the test of time. Like similar early-2000s kids movies, the CGI ranges from bad to average during the course of the film. Maybe it’s worth a watch? I mean, probably not though. 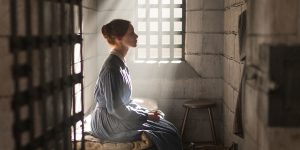 What? After the colossal success of The Handmaiden’s Tale, Netflix are hoping for a similar hit with Margaret Atwood adaptation Alias Grace. The first two episodes were screened earlier at the Toronto Film Festival to impressive reviews, too – not one you want to miss. Dr Simon Jordan (Edward Holcraft) is hired by sympathisers of celebrated murderess Grace Marks (Sarah Gadon) to do a psychiatric evaluation on her. But will it be enough to set her free? 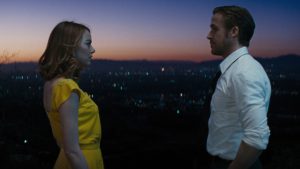 What? It didn’t quite win Best Picture, but Damien Chazelle’s glitzy musical is a real gem. If you’re down with the thought of impending deadlines, La La Land will surely cure those blues. Ryan Gosling and Emma Stone shine as the romantic leads and you’ll be whistling every song on the soundtrack for months. Living in an idealised version of modern Los Angeles, struggling musician Sebastian (Gosling) and aspiring actress Mia (Stone) fall in love while trying to pursue their dreams. While the more cynical among you might scoff at this simplistic premise, La La Land is a love letter to old Hollywood. Watch it! 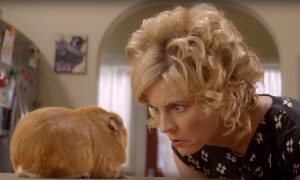 What? In a time where Netflix is starting to be more ruthless, earning a second season is good going. Lady Dynamite is Maria Bamford’s comedic take on having a mental breakdown, standing out for its frequent use of flashbacks and extensive famous guest cast. June Diane Raphael, Patton Oswalt, Judd Apatow, Sarah Silverman; all cameos to look out for if you decide to check out the first season. And then there’s Bamford’s hilarious pitch: “It’s like Bloodline, but with me.” I’m sold. 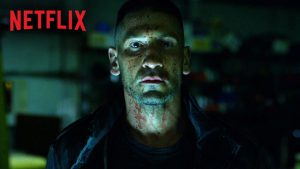 What? After his debut in Daredevil Season 2, every Marvel fanatic has been demanding that this gunslinging anti-hero receive his own series. Now it’s finally here! Following on from his role in Daredevil, Frank Castle continues to search for those responsible for the death of his family. Unlike most Marvel heroes, the Punisher has a very loose code of ethics and will use any means necessary to get revenge. While he’s still ultimately a good guy, Castle isn’t against murdering anyone who stands in his way. Deborah Ann Wolf also returns from Daredevil, her character allying herself with the Punisher at the end of Season 2. Both Iron Fist and The Defenders received mixed reactions when they released earlier this year, so it will be interesting to see if The Punisher can turn the Netflix MCU around. 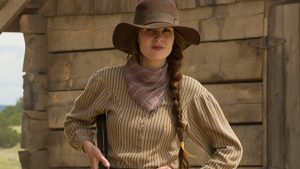 What? Cowboys haven’t been a box office draw for over a two decade now, but it seems that they’re going through a renaissance on TV. With Westworld proving such a hit for HBO, Netflix have picked up Godless as their own Western. Hunted by feared outlaw Frank Griffin (Jeff Daniels), Roy Goode (Jack O’Connell) flees to the entirely female town of La Belle, New Mexico. Unusually for a Western, this Netflix Original is packed with kick-ass gunslinging female characters.  Created by Ocean’s Eleven director Steven Soderbergh and Logan writer Scott Frank, Godless is certainly one to watch. 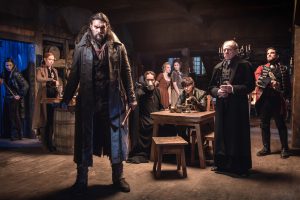 What? Another Western for anyone craving some historical, horseback drama. Chronicling the Canadian fur trade in the 18th century, Frontier airs on the Discovery Channel in its home country of Canada, so it’s no surprise that it values historical accuracy. This is largely forgotten epic from the Canadian history books, but Season 1 proved that it’s a struggle worth watching. I can’t imagine that this will appeal to everyone’s tastes, but history-buffs looking for some action will love Frontier.