Angels and witches and demons, oh my! 10 episodes later, the first season of Midnight, Texas is over and it has been non-stop action and excitement all of the way. 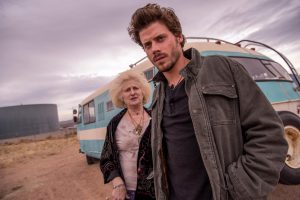 The series has closely followed the trials and tribulations of Manfred Bernardo (François Arnaud) who escaped to the small town of Midnight to hide away from Hightower, the mysterious figure who was conned out of millions by Manfred and his grandmother. Whilst seeking refuge in Midnight, Manfred meets the town’s supernatural residents that include an assassin, a were-tiger, an angel, a demon, a witch, a vampire and a steadily growing gathering of ghosts. Along the way, he becomes part of the dysfunctional family as they prepare to fight a much bigger evil that threatens the town.

For only 10 episodes, this season has gone through an awful lot with each episode bringing a new peril to the residents of Midnight whilst there’s an ever-present threat of an ultimate enemy lurking in the background. Obviously, this has definitely kept the show exciting – not once has it felt stagnant. Yet, this constant action means that episodes are sometimes left feeling rushed to cram everything in. As this series has covered so much ground, it does leave me wondering how they could possibly make a second season – where do you go after you close the veil between Hell and Earth for another 1000 years? The finale for this season saw everything sewn up nicely as most of the cast couple up and settle down; the only potential for more that they tease is the currently unknown consequences of the Midnighters’ battle with the veil and the commercial property developers who appear in the final minutes of the finale and threaten to make Midnight a tourist destination. 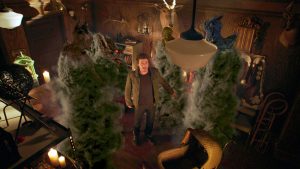 My main complaint with the series would be the somewhat disappointing special effects. In a supernatural show, you need decent CGI to make the fantastic look real. Earlier on in the series, this wasn’t so much of a problem with smoky spirits being the extent of the special effects included. However, as the supernatural scope expanded dramatically to include demons and the veil to Hell, lacklustre effects don’t do the story justice and are vaguely reminiscent of the original 1984 Ghostbusters film at times. It’s a shame that this lets it down and makes some of the supernatural elements seem a little overdone or awkward because the effects fall short of what they could be. If it is renewed for Season 2, this would be the main thing I’d hope they would improve.

The tag line for Midnight, Texas reads “Only outsiders fit in” and the diversity of the cast and its message of acceptance has gained it acclaim. The millennia-defying gay love story and interracial relationships feel natural in this series. There’s no feeling that they’re there to tick boxes or be a token symbol of equality and this is a refreshing change of pace, making the show that much more endearing. I imagine that in a world where a man has wings, the fact that he’s in love with another man is kind of negligible.

Above all, Midnight, Texas is a fun series and this hasn’t changed from the first episode. It’s dark in places but that only makes the lighter, heartfelt moments sweeter. I can say that I sincerely hope this series gets picked up for another season because I’d love to see where they take it.