Read more
You are at:Home»Culture»This Month on Netflix UK: October 2017
By James Barker and Josh Nicholson on October 1, 2017 Culture, Features

It’s the month of all things spooky, so fittingly Netflix’s giving us mythical outlaws, fairytale adventures and… whatever the hell Stranger Things is. The nights are drawing in, the assignments are looming closer, and the urge to binge-watch has never been greater. Treat yo self. 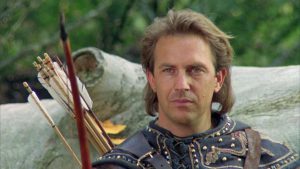 What? First released in 1991, this classic romantic adventure film features Kevin Costner as the titular thief and the late Alan Rickman as the Sheriff of Nottingham. Although there is a shocking lack of cartoon foxes and singing roosters, Prince of Thieves is an undeniable 90s classic. Rickman is particularly brilliant as the slimy villian, the late actor winning a BAFTA for the role. If you’re looking for some 15th century legends with a bit of 90s cheese, look no further. 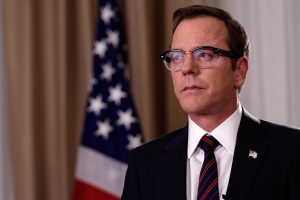 What? Starring 24‘s Kiefer Sutherland, Designated Survivor is back. After an explosion kills the President, the Secretary of Housing and Urban Development Tom Kirkman (Kiefer) is the only man fit for the job and is instantly sworn in. You’d be excused for thinking this sounds a bit like Veep, but Designated Survivor doesn’t seem to be a comedy. If you’re somehow not stick of U.S politics at the yet, this ABC drama might be perfect for you.

Once Upon A Time (Season 7) 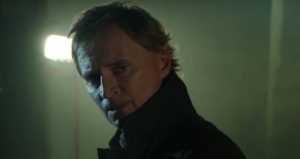 What? ABC’s hit series Once Upon A Time has a brand new tale to tell when it returns with its seventh season this October. If you’re a fan of the show you’ll of course remember little Henry – well now he’s all grown up, and leading a whole new battle against the Enchanted Forest’s evils. Storybrooke is no more, with the Seattle neighbourhood of Hyperion Heights now housing all your favourite story book character’s alter-egos. Don’t expect to see Charming, Snow or Emma regularly though – previous series lead Jennifer Morrison will grace us with a small guest appearance, while Ginnifer Goodwin and Josh Dallas aren’t set to appear at all. A new chapter is beginning, and we couldn’t be more excited. 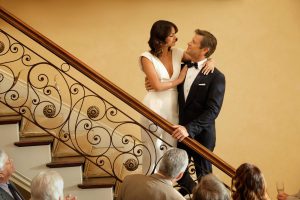 What? Based on the classic 1980s soap opera, Dynasty is back with more big hairdos, catfights and champagne. It’s been re-imagined by The CW, the network famous for their angsty Riverdale reboot. It hasn’t been on our screens in nearly 30 years, so this remake has updated a lot from the now outdated classic. As well as moving the setting from Denver to Atlanta, The CW’s reboot introduces an African-American family and several LGBT characters. With Gossip Girl‘s Josh Schwartz and The O.C’s Stephanie Savage, Dynasty is one for drama fans. 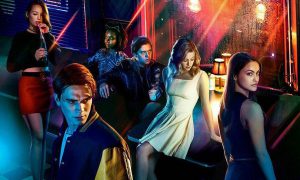 What? It may only feel like a few months since The CW’s Riverdale ended its first series, but it’s already back for a second set of episodes. Streaming onto Netflix UK weekly, Archie (KJ Apa) and co. are back solving new mysteries and experiences new teenage angst in the titular small town. The last season ended on a monumental cliffhanger which saw Archie’s father Fred (Luke Perry) shot; the question of his survival will be on everyone’s lips as Riverdale kicks off again. 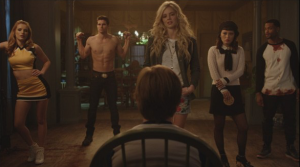 What? The Babysitter is a horror-comedy about a young peeping tom who accidentally discovers that his “hot babysitter” is part of a satanic cult. It might seem like a crude premise, but critically acclaimed director McG will surely provide the sophistication and nuance that he brought to films like Charlie’s Angels 2: Full Throttle. It’s extremely unorthodox to describe a film as a masterpiece before release, but I think I can see an Oscar on the horizon for this gem.

Who? Samara Weaving (Home and Away, Monster Trucks), Bella Thorne (Alvin and the Chipmunks: The Road Chip, Wizards of Waverly Place)

What We Did On Our Holiday 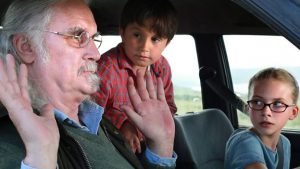 What? This amusing albeit slightly bizarre film follows a family reunion that descends into chaos in the most unusual of ways. An all-star cast including David Tennant, Rosamund Pike, Billy Connolly, Ben Miller and Emilia Jones star as the McLeod family, the different divisions of which are reunited just when they start to crumble. Then the three youngest kids cremate their grandfather in a Viking burial after he passes away on a day on the beach. No word of a lie.

Haters Back Off (Season 2) 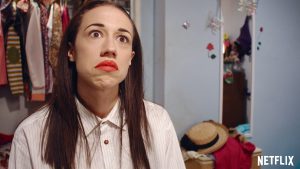 What? YouTube fame seeker Miranda Sings is back to cause another viral storm. Sheltered, self-obsessed and generally terrible human being, Miranda (Coleen Ballinger) lacks one vital thing: any sort of talent. Season 2 welcomes Matt Besser aboard the show as Miranda’s father, while Miranda herself a lot of making up to do. Haters Back Off returns on Friday 20th October with eight new episodes for you to binge-watch! 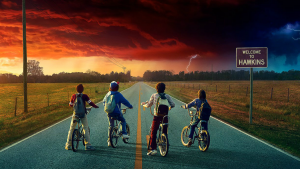 What? Just in time for Halloween, the second series of Netflix’s hit drama Stranger Things is back to terrify and mystify us all for a set of nine new episodes. Around a year after the events of Season 1, the small town of Hawkins, Indiana is still trying to return to normal when a new threat rises from the Upside Down. Winona Ryder and David Hopper return alongside the show’s famously talented cast of young people, which includes Millie Bobby Brown (Eleven), Finn Wolfhard (Mike) and Gatan Matarazzo (Dustin). The acclaimed show won The Edge‘s TV Show of 2017 – so this event television not to be missed.