The University of Southampton has huge amount of choice when it comes to performing arts. There are four main societies focusing on different aspects of theatre: Theatre Group, Showstoppers, LOpSoc and Stagesoc. As part of our Freshers Guide, we’ve got the skinny on each one. Break a leg! 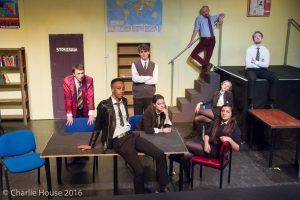 Currently presided by Charlie Randall, Theatre Group focuses on plays. From student penned pieces to Shakespeare, this is the perfect place for you to get involved in shows, particularly ones where singing is not a prerequisite. They put on at least four shows a year and they all hold open auditions. In addition to this, there is also the chance for self-written shows to be produced in slots called ‘Independent Shows’. The first show of the year is called the Fresher’s Show. This is where the entire cast is made of newcomers to the society. Despite its name, the Fresher’s Show is open to anyone who hasn’t in a Theatre Group production, so this is the perfect way to get your name into the society. 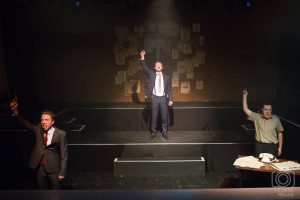 If West End musicals are your thing, then this is definitely the society for you. Showstopper’s veteran Bella Norris is the current president. With four fixed shows a year, Showstoppers operates very similarly to Theatre Group. As well as putting on West End and Broadway musicals, they features shows written by students. They also have a Fresher’s Show every year with auditions taking place in the first couple of weeks of term exclusively for new members. 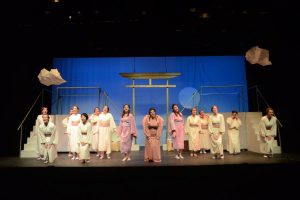 The Light Operatic Society’s (LOpSoc) is the perfect society for any fans of light opera. With only two shows a year, their format is slightly different from Theatre Group and Showstoppers. While the main cast for their shows are auditioned, the ensemble roles are not, meaning anyone has the chance to perform in one of their productions. People might be questioning the difference between Showstoppers and LOpSoc. One difference, as mentioned, is the un-auditioned ensemble LOpSoc have, but the two societies do put on slightly different types of show. LOpSoc specialise in Gilbert and Sullivan shows, which form the backbone of their performances. Although they occasionally put on shows that aren’t G&S, like Fiddler on the Roof and Half a Sixpence, they still always focus on the operatic side of the musical spectrum. 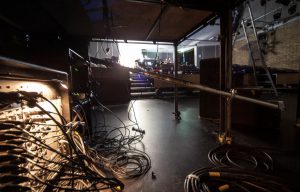 Last, but certainly not least is StageSoc. Led by Joseph Lynch, this is the society for all things technical. If you want to be involved in theatre productions, but don’t want to be on stage, this is for you. Responsible for the lighting, sound, set and stage management for all the theatrical societies, there is always an abundance of shows for you to work on. Training sessions are run in the first few weeks of term, so whether you are a technical wiz or you want to try your hand at something new, StageSoc is a great way to start.

Second year engineering student who dabbles in the realm of planes. Often know as "THE Ben McQuigg from SUSUtv!", he hates this.