As we tick towards the finale of Game of Thrones Season 7, the writers at The Edge have come together to decide their winners and losers from this year’s trip to Westeros. Last year, one of our chosen ‘winners’ actually kicked the bucket in the finale the very next day – RIP High Sparrow – so there’s no guarantees even for the characters we hail as victorious thus far in 2017. As battle of ice and fire rages towards a crescendo, let’s check out Part 2 of our winners and losers, and don’t forget to recap Part 1 too! 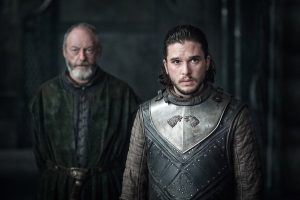 For a man that was once regularly tainted for his apparent lack of knowledge, Jon Snow has become perhaps the most knowledgeable character on the show; at least, when it comes to the oncoming threat of the Night’s King and his army of wights. Starting out Season 7 as a somewhat-reluctant King in the North, Jon is one of very few characters on the show who understands that petty squabbling over the ownership of Westeros’ most fabulous chair only distracts from the peril of the threat that lies beyond the wall. His mission to recruit powerful allies to fight with him against the White Walkers has brought him to Danaerys, finally bringing about the promised union of fire and ice that fans have patiently waited for since the very beginning. The future of their alliance remains murky, but there is no doubt that with his knowledge and experience, Jon Snow is an indispensable force in the wars to come. 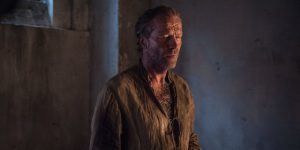 Ser Jorah got pretty much everything he wanted this season. Starting out in a pretty low place at the Citadel with his dragonscale disease progressing, it could only get better for him. With the help of Sam Tarly he was cured and reunited with Daenarys to help her claim the Iron Throne. For Ser Jorah, it’s safe to say he’s back on the winning team again. 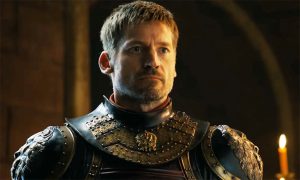 After exposing his true character and compassionate side while in the company of Brienne of Tarth in the last few seasons, Jaime Lannister has disappointingly crawled back to his maddening twin sister. With only Euron Greyjoy as an ally, who threatens Jaime’s place by his lover’s side, the Lannisters are all alone. But Jaime is even more isolated. As we discovered in Episode 5, following the parlay between Jaime and his brother Tyrion, Cersei is spying on her twin despite being pregnant with his child. Can he trust anyone?

In spite of effortlessly winning Highgarden, Jaime could not enjoy the spoils of war as he’d hoped. Although he humanely gave Olenna Tyrell a painless death, the Queen of Thorns had some last venomous words when she confessed her part in the murder of his eldest son Joffrey. Then in Episode 4, Jaime is bewildered by Daenerys and Drogon’s catastrophic destruction of the Lannister army. He appears to be totally stumped by the immense power of his enemies and increasingly uncomfortable in Cersei’s claws. Perhaps he will finally come to his senses when reuniting with Brienne in the Season 7 finale. 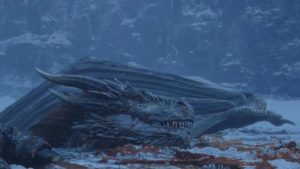 Imagine for a moment, that you’re the least loved of your mother’s children. She freed you from captivity a year ago, but as she spends all her time with the “dangerous” one, you doubt her reciprocity. Luckily though, this year you get to leave the desert and return to your family home. Ma dresses up in that gorgeous winter coat you fetched for her and takes all her children on an adventure. That threatening authoritarian figure with the ice crown? He’s just an over-enthusiastic stylist! He’s given all those fleshbags edgy redesigns to make them way tougher and he threw a giant tattoo needle straight for you. Like I said, enthusiastic! Now, you’ve got a foster dad, many playmates, a bold new look, and (potentially) ice breath! Even though it feels like some strange god of your universe orchestrated your journey solely for you to get such a bold new look, look at the benefits. You get to say you were there first when everyone else in Westeros looks like you. Bet Drogon and Rhaegal will be so jealous! Now see, when you put it like that, it doesn’t seem half as bad a year for you, does it? 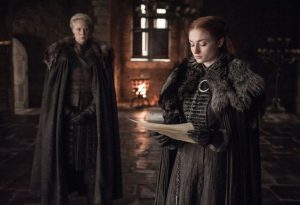 Sansa has always been one of my two favourite characters, the other being her mother Lady Catelyn Stark. Over the past seven years, Sansa has suffered at the hands of almost everyone she has come into contact with, but she has overcome every one of her terrible expereinces, growing into a tremendously strong, intelligent and capable young woman.

Season 7 was particularly exciting as Sansa was finally placed in a position of power as Winterfell’s Lady. We’ve never seen her in such a position and she has handled it with renewed confidence and finesse despite her inexperience. Despite Arya’s accusation that Sansa desires greater power, Sansa has held the North together in Jon’s absence and ensured that his bannermen remain faithful. She has also come to understand the value of having Littlefinger on her side, continuing to learn from him whilst keeping him at arm’s length. Her brilliant comment cautioning Littlefinger against seizing the last word shows how far she’s come, becoming an ally instead of a pawn. She has learned to play the game, and she plays it well. 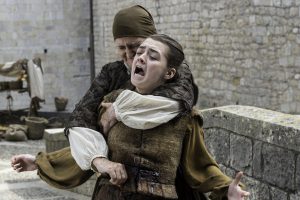 Arya has always been a fan favourite. She was the cute little kid with a sword who has grown up to be a kick-ass warrior, but this season she has evolved into a ruthless killer goaded into open rebellion against her sister. She began Season 7 well by repaying House Frey for its treachery and heading home to Winterfell as the news of Jon Snow’s victory reached the South. Despite the bloody beginning, Arya surprised viewers when she crossed a group of Lannister soldiers, sharing ale instead of assassinating them. It genuinely seemed like Arya had left her life as a Faceless Man behind, reaching Winterfell to embrace her brother and sister again.

However, the sudden change in Episode 5 when Arya was openly hostile toward Sansa came out of nowhere.  Sansa’s letter was incriminating, but surely Arya – who has also suffered – could forgive her sister for something written as a terrified thirteen-year-old captive? Openly threatening Sansa in “Beyond the Wall” felt like a huge step backwards for Arya. This season began so hopefully, promising an Arya that would return to her Stark roots. Alas, it was not meant to be. 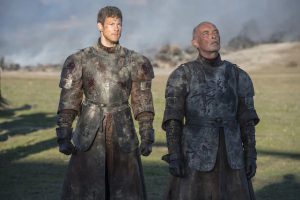 When we consider the brave and the bold of Game of Thrones, minds jump to Jon Snow, Danaerys Targaryen and Jaime Lannister, but the little guy is often left out. Dickon, the winner of the people’s hearts and humour, was arguably quite the… loser… in the most recent season of Game of Thrones. For some reason people poked fun at a name like Dickon. The front-runners didn’t let us forget that Dickon has some sort of penis joke in it (I didn’t get it, still completely lost on me). Then apparently being baked in the oven for 15 seconds at 2,600 degrees Fahrenheit – or rather, barbecued? Char-grilled? No! Dragon-flame grilled, was quite undesirable. Dickon, sorry buddy but you may be a loser in this season! Despite all he went through though, it’s impossible not to say Cock Off – sorry, Dickon, wasn’t a winner when it came to the viewer’s hearts, but good lord is he-… was he handsome! 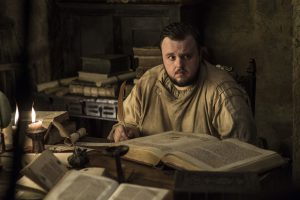 Credit: Watchers on the Wall

Throughout Season 7, it seems to that Sam and Gilly have been uncovering all the important revelations to help push the story along. From the mountain of dragonglass to Rhaegar Targaryen’s annulment and marriage, they’ve been an oracle of information for the audience. Not only that, but Sam was able to perform a risky medical procedure and cure Jorah Mormont’s dragonscale. Yes, he wasn’t treated nicely at the Citadel, but smart old Sam just up and left (probably pocketed books from the restricted section too).

So that’s our position on each GoT character before the oncoming Season 7 finale. Although it may provide some serious reversals for some of our favourites, consider this a prematch discussion before each character comes crashing back to the earth.

Game of Thrones concludes tonight at 2am on Sky Atlantic, but it is also airing at the more U.K friendly time of  Monday at 9pm. Check out the finale preview below.

Third year History student at the University of Southampton.

Anime, historical fiction and the Red Hot Chili Peppers shaped me into what I am today... and the PlayStation 2.