After a seventh season of just seven episodes, Game of Thrones‘ finale looms once again. We face a year or more away from Westeros, and worse still is that next time is the last time; well, until HBO produces numerous spin-offs anyway. Continuing a tradition from last year, the GoT mega fans at The Edge have decided on their winners and losers of 2017’s great game. The competition is fierce to decide who’s come out on top – we’ve had battles of ice and fire, feuding Stark sisters, and a long shipped romance blossom before our eyes – so without further ado, here are our picks… 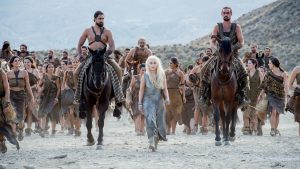 Season 7 marks everyone’s favourite queen’s long-awaited entrance in the big game, a game she’s been working her way towards for the first six seasons. Even if the odds were on her side in the first few episodes, they perished rather quickly as most of her dream-alliance was dissolved by the more experienced player Cersei Lannister. And if we add her involvement in the worst plan even devised in Game of Thrones, a plan that lost her one of the her dragons, and the fact that her bond with Tyrion is starting to loosen, it seems pretty obvious that Dany is an unexpected loser of Season 7.

However, this season has developed Daenerys more than any other. For the first time, she was truly part of the Westeros action. She engaged in battle like a true ruler and saw the Army of the Dead with her own eyes. All this made her realise there are more important things than the childish contest for the Iron Throne – and this is a huge victory. She won the battle at Blackwater Rush, got Jorah back, and nobody can tell me the addition of Jon Snow to her team (and heart) doesn’t make Dany the biggest winner of them all . 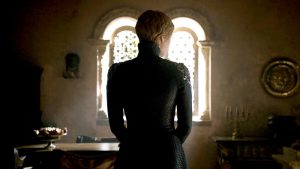 Let’s face it, we all thought that Cersei Lannister was going to be bulldozed by the Targaryen-Greyjoy-Tyrell-Dorne alliance sailing towards her. Although she was sitting on the Iron Throne at the end of Season 6, she was queen in name only. Everyone thought that Cersei had inherited the realm’s poisoned chalice at its most deadly state. But what did the baddest bitch in the Seven Kingdoms do? She built a dragon killing weapon. She scored herself masses of gold and the support of the Iron Bank of Braavos. She got sweet revenge on Ellaria Sand and the Sand Snakes. She formed an alliance with the most efficient killing machine of the high seas. She end House Tyrell. She manipulated Jaime into total submission. She even got herself a pretty sweet map painted over a courtyard. Not bad for a queen that many claimed was fated for a humiliating defeat. Say what you want about the incest, the murders, the crimes and the callousness, Cersei Lannister knows how to get a job done. 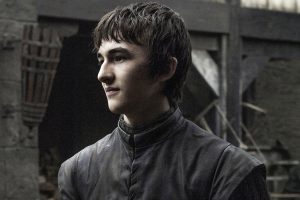 Fans have always had the feeling that the writers of Game of Thrones don’t know what to do with Bran Stark. After being completely absent for Season 5, Bran’s story was reignited with last year’s tragic “Hold the Door” sequence (Hodor, sob), but not only has Season 7 seen his screen time cut again, he’s morphed into a creepy and confusing shadow of his former self. As well as failing to tell Jon that he’s a Targaryen (bangs head against keyboard), Bran’s low point came when he told his big sister Sansa that she looked beautiful on her wedding night – a.k.a. the night she was raped by villain Ramsay Bolton in the show’s most controversial twist ever. Since then, he’s completely disappeared, presumably watching the conflict between Sansa and Arya from the comfort of his brand new medieval wheelchair. 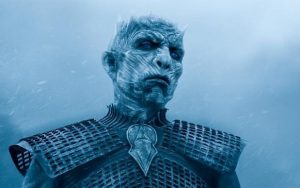 The Night King is an absolute winner and has absolutely killed it this season. Seriously just look at the guy – he’s an absolute don, never spoken a word and yet has the largest army and a frickin’ zombie dragon. I honestly wouldn’t mind if the guy actually won. True, he’s set himself up for one hell of a fall by inviting Dany to join the fight against him. It serves him right I suppose for trying to impress the lads by showing off his mad javelin skills and going for Viserion rather than the much bigger and stationary Drogon (I mean hats off to him for said mad javelin skills tbf, but what on earth was he thinking?) – but this season has just been one long win-fest for the big blue dude from beyond the wall. Give this guy a round of applause. 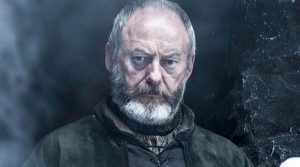 Did Melisandre’s flames show that Davos Seaworth would become such a fan favourite when freed from the constrains of their beloved Stannis? Now he’s serving the real Azor Ahai (probably, maybe), the Onion Knight has been given a new lease of life opposite Jon Snow, with the comic timing between Liam Cunningham and Kit Harington on point all series. From his wry observation of Jon’s crush on Dany, to his kindness with Missandei, to the hilarious reintroduction of Gendry (“Thought you might still be rowing…”) – Davos has been a much needed laugh in Westeros now Winter has come. Forget Jon and Daenerys – the real chemistry setting the show aflame has been between the King in the North and his fingerless Hand. 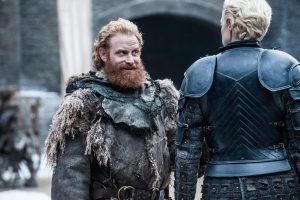 Everyone’s favourite flame-kissed Wildling has had a pretty great season. He’s determined to become Mr. Brienne of Tarth, no matter how many times he’s rebuffed, and has spent a large chunk of the season imagining his future children and drawing hearts in his dream journal. He’s put aside his distrust of Jorah Mormont, joining the Magnificent Seven on their risky mission to capture a Wight. He’s sent Sandor Clegane into a full-blown gay panic after expressing his liberal views on sex beyond the wall. And, most importantly of all, he’s shown Jon that bending the knee to Daenerys Targaryen may be the smartest course of action. Tormund remains the voice of honesty and reason in a world rapidly spiralling into chaos, and having narrowly survived battle with the White Walkers, he’s proven he’ll be right by Jon’s side until the bitter end. 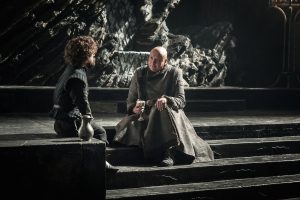 Growing up as a freakish embarrassment to his overbearing father, the last thing Tyrion Lannister needs is me proclaiming him a loser. It is a shame to say that one of the game’s biggest players has been belittled so greatly by his defeats and strategic failure that his stature appears to reflect his position. For such a significant character, his influence on the plot has barely stretched past convincing trust in Jon Snow. It wasn’t all bad though… at least he gained the ability to teleport to King’s Landing and back. With Episode 6 practically putting to bed the notion that he is our third Targaryen dragon rider, Tyrion’s proven lack of military foresight and stark supply of wine at Dragonstone, Season 7 has removed this Lannister’s ability to either drink or know things. Never has the huge presence of the little Lannister seemed so small.

Do you agree with these ratings? If you’re prepared to battle these Game of Thrones super fans, feel free to tell them they’re wrong in the comments below.  However, if you’re thinking we missed a few key GoT characters, I’ve got news for you! We’ll be continuing this article tomorrow, so get hyped for the likes of Jon Snow and Arya Stark.