Read more
You are at:Home»Culture»This Month on Netflix: August 2017
By James Barker on August 1, 2017 Culture, Features

Love Island‘s finished and the wait for the next episode of Game of Thrones is painstaking, so there’s no better time to renew your relationship with Netflix. Our ongoing feature continues in August under a new watchful gaze; your new Editor James has taken the reins as Anneka moves onto pastures new. Good luck, and keep binge-watching! 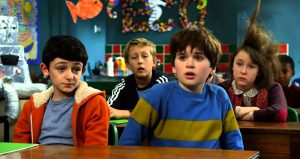 What? Based on Francesca Simon’s terrific book series, Horrid Henry: The Movie may have an approval rating of 10% on Rotten Tomatoes, but it does have Dick & Dom in. The ultimate throwback to your childhood years seems Henry (Theo Stevenson) cause mayhem for his family and friends, earning the nickname that’s his claim to fame. 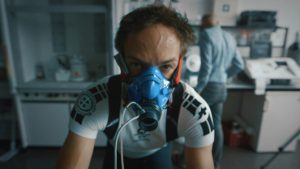 What? An ambitious new documentary by Netflix themselves attempts to uncover just how far doping scandals in sport can go, with the spotlight firmly on Russia after the recent controversies. The trailer hooks you instantly as director Bryan Fogel interviews Russian scientist Grigory Rodchenkov, asking: “Were you the mastermind that cheated the Olympics?” He replies: “Yes.” 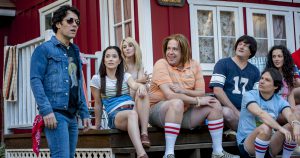 What? Two years ago, Netflix made a prequel series to the 2001 parody movie Wet Hot American Summer, focusing on the characters’ first day at camp. Now they’re turning their hand to a sequel, set ten years later at a reunion for the campmates. Most of its star-studded cast are back, including Elizabeth Banks, Amy Poehler, Paul Rudd, Chris Pine and Kirsten Wiig. Bradley Cooper sadly isn’t reprising is role as Adam due to ‘scheduling conflicts’, but Poehler’s former Parks & Rec husband Adam Scott is taking over from him. Reunions all round! 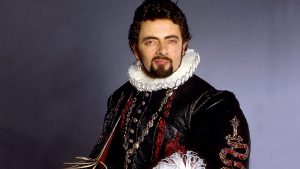 What? Written by Richard Curtis (The Vicar of Dibley, Love Actually, Bridget Jones), Blackadder is one of the best British comedies ever written. With each series set in a different time period, Rowan Atkinson stars as anti-hero Edmund Blackadder, with Tony Robinson as his sparring partner and sidekick Baldrick. Series 3 – or Blackadder The Third – follows the titular hero in Regency England serving the idiotic Prince of Wales (the brilliant Hugh Laurie), while Series 4 – Blackadder Goes Forth – is set in the trenches of the First World War. The show’s finale is a must-watch, hailed as one of the best episodes in television history for its blend of comedy and emotion as the soldiers face going into battle. Binge-watch immediately! 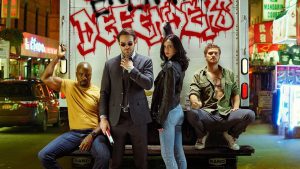 What? If you haven’t had enough of film’s all-star team-ups (Avengers, Justice League), Marvel are doing it all over again on the small screen. Daredevil, Jessica Jones, Luke Cage and Iron Fist have been met with varying success, but putting their four heroes into an adventure together poses different challenges. Unlike the Avengers, these are heroes with relatively similar powers (Daredevil – martial arts, Luke Cage – super strength, Iron Fist – martial arts and super strength), and criticism aimed at the source shows did include an over-reliance on fight scenes. But just having the dry wit of Krysten Ritter back on our screens will make it worth watching, not to mention the casting of the legendary Sigourney Weaver as their antagonist. All eight parts of the series are on Netflix on August 18th. 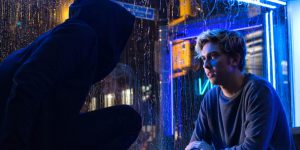 What? A normal teenager, Light Turner (Nat Wolff), finds a notebook that grants him the power to kill any person simply by writing down their name. He becomes an infamous serial killer of high profile criminals, with the secretive detective only known as L (Keith Stanfield) attempting to stop him. I was first introduced to its source material – a Japanese manga series of the same name – by a flatmate while procrastinating on an evening in first year. It’s fair to say it had us all hooked with its delicious twists and turns, blending really dark moments with quirky comedy. It’s been adapted into an American film for Netflix by director Adam Wingard. 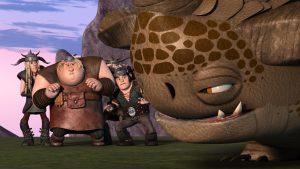 What? A spin-off of Dreamworks’ hit film series How to Train Your Dragon, Race to the Edge is an animated children’s show – but that doesn’t mean you shouldn’t watch it. Embrace your inner child and reunite with the adorable Toothless on Berk, where Hiccup (Jay Baruchel) has set up a dragon training academy. Catch-up on the last four series in anticipation, with former villains bizarrely voiced by Mark Hamill and Alfred Molina. 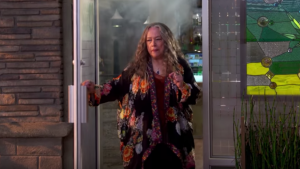 What? Chuck Lorre (best known for creating Two and A Half Men and The Big Bang Theory) turns his hand to a Netflix Original with this new comedy starring Kathy Bates. Bates plays a cannabis dealer who employs her newly graduated son to help her run a Los Angeles marijuana dispensary. The problem is that they are more or less always high.

The Other Boleyn Girl 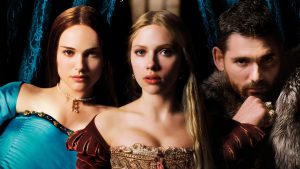 What? Based on Philippa Gregory’s bestseller period novel, The Other Boleyn Girl tells the story of two sisters and their respective relationships with King Henry VIII. Queen Anne (Natalie Portman) – famously Henry’s second wife, so you can work out her eventual fate for yourself – sees her younger, more beautiful sister Mary (Scarlett Johannsen) as a rival to Henry’s (Eric Bana) affections. Thick with betrayal and deceit, The Other Boleyn Girl is a great adaptation of an even better novel.