'Stormborn' is Thrones in a nutshell, featuring scheming and manipulation, character development, love scenes, great acting, and a surprising battle – almost everything the show is famous for.

After last week’s season premiere took us on an ample tour of Game of Thrones‘ many places and characters, one key question presented itself: will the remaining six episodes be able to cover all the storylines put forward by ‘Dragonstone’ without feeling rushed?

We didn’t have to wait too much for a hint of an answer. ‘Stormborn’ is a strong second episode, taking almost every storyline a few steps further, in a manner that seems quite unusual for Game of Thrones. There are a few exceptions – The Hound (Rory McCann) and Bran Stark (Isaac Hempstead-Wright) are missed – but the majority of our favourites make an appearance. Being the penultimate season of the show and only seven episodes long, this year’s Thrones has been teased as more action-packed than before, where plot seemed to drag at points, especially mid-season.

‘Stormborn’ is the first episode to show this shift of pace. Not only does it establish the two sides that are going to fight the big war for the Iron Throne, it also throws a few key players into the conflict’s first battle. It’s a swift defeat for one side, and thankfully there’s no cliffhanger to leave us wondering who survived. 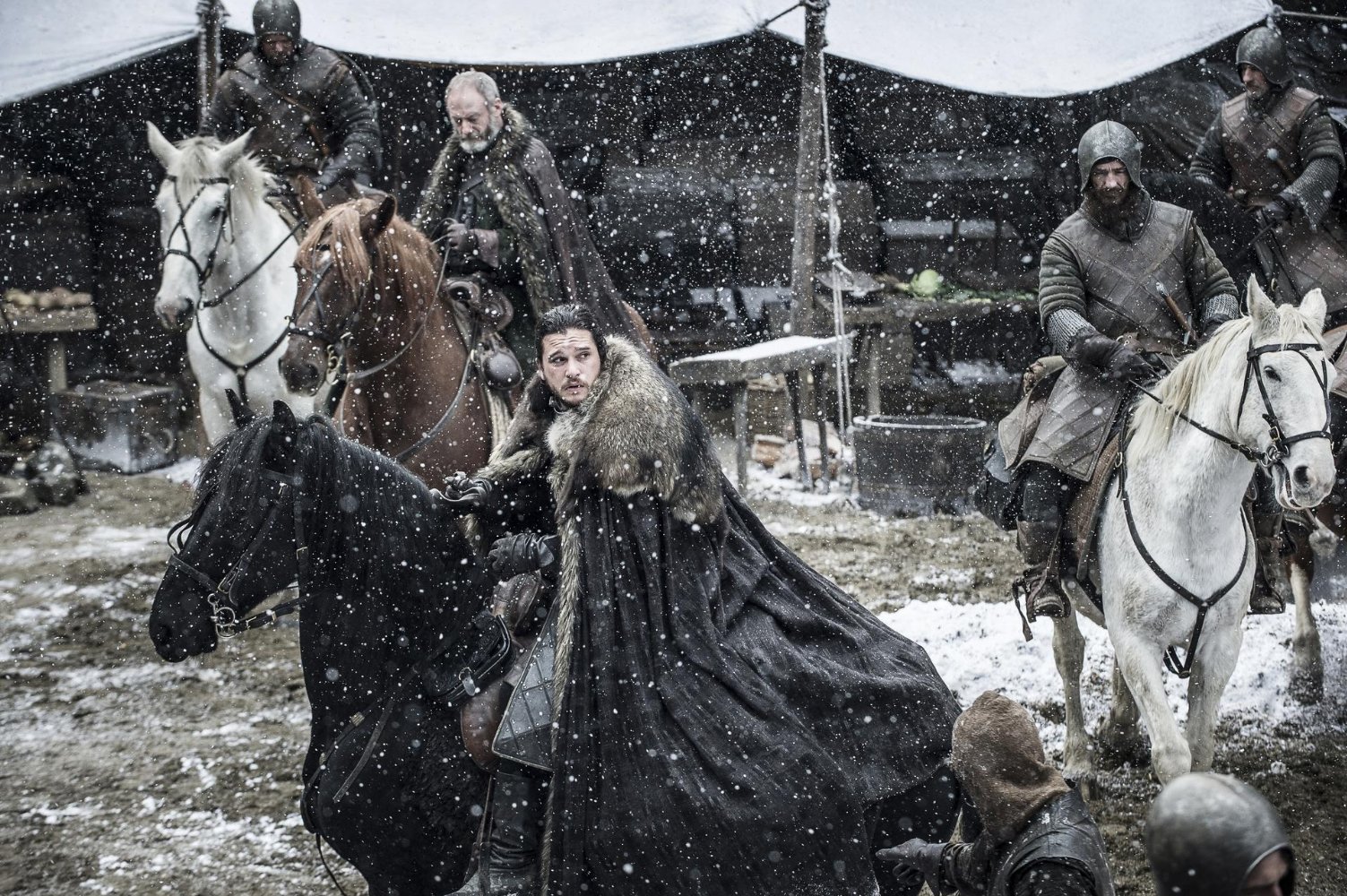 However the focus of the episode isn’t on said battle, but the way the three main players of the game begin to rally their allies and build strategies for the war to come. While ‘Dragonstone’ saw Cersei’s (Lena Headey) interest in Jon Snow (Kit Harrington) manifest, ‘Stormborn’ ignites Daenerys’ (Emilia Clarke) interest in the King in the North. Ideas of an allegiance are sparked by a certain someone selling a prophecy we are a bit tired of (any guesses?). Prompted by a big piece of news from BBF Sam, Jon decides which Queen he’s going to see – and hopefully join forces with – foreshadowing the most anticipated meeting in the show’s history.

Interestingly, the most satisfying strain of the story comes from neither the battle nor the ‘who’s going to join who’ game, but from Arya Stark (Maisie Williams). Although it doesn’t seem like it, ‘Stormborn’ is a game-changer for Arya, who is briefly reunited with not one but two long-lost friends (beware, one of those reunions is tear-jerking and completely out of the blue). One of these friends tells her who now rules the North, news that understandably changes Arya’s itinerary and perhaps foresees another long-awaited reunion.

Just like the first episode, Season 7’s second installment is another display of great writing – this time, by Bryan Cogman. He has penned nine other episodes of Game of Thrones, including all-time favourites such as Season 4’s ‘The Laws of Gods and Men’, which features Tyrion Lannister’s (Peter Dinklage) absolutely brilliant monologue in which he demands a trial by combat.

We know we’re in for a treat right from the very beginning of the episode, when Daenerys’ powerful dialogue with Varys (Conleth Hill) shows us what is hidden beneath the actions of one of the show’s main backstabbers. A straightforward conversation teaches Dany that things aren’t black or white when it comes to loyalty: ”You wish to know where my loyalties lie? Not with any king or queen, but with the people.” The treat is crowned further on, when the well-known prophecy originating in High Valyrian is revealed not to refer to the masculine gender. “The prince or princess who was promised will bring the dawn”, language expert Missandei (Nathalie Emmanuel) corrects, emphasising our incorrect tendency to assume gender-neutral words are male. “I like it better”, Dany adds. So do we, Dany; so do we. 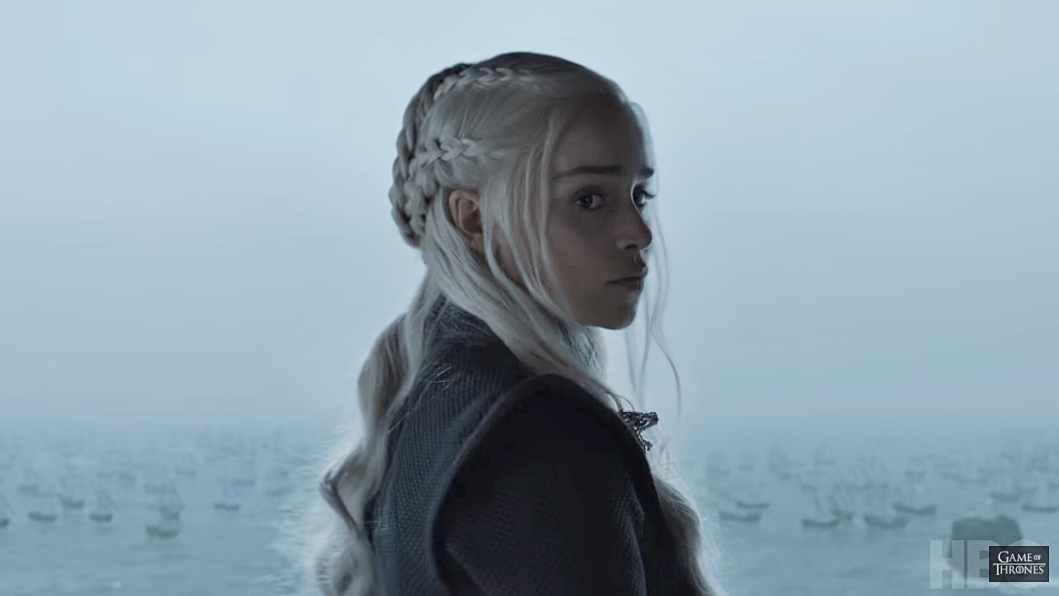 One of this episode’s major strengths is in character development. Daenerys is not the impulsive queen of previous seasons; she’s a true ruler, choosing to trust strategy and diplomacy in refusing to become the “Queen of the Ashes” a fierce attack on King’s Landing would cause. Jon is similarly shown as a true ruler, deciding against everyone at Winterfell yet managing to silence their protests by making too much sense to be contradicted. A character who takes a huge step is Sam (John Bradley), who breaks the Citadel’s rules to perform forbidden surgery, though I’m still conflicted by the choice to cut directly from disgusting things to food again.

Overall, this episode has everything – it’s gruesome, challenging, creepy (oh, Littlefinger…), action-packed and clever. The one thing it doesn’t have enough of is surprise; I mean the kind that properly shocks, Red Wedding style. Thrones has been giving us what we want for quite a while now, with reunions and theories becoming realities. We should tread carefully and not forget that this is Game of Thrones and anything can happen. Bring on next week!

Game of Thrones returns next Monday at 2am on Sky Atlantic. Watch the trailer for the next episode, ‘The Queen’s Justice’, below.