Read more
You are at:Home»Culture»Doctor Who: The Forgotten Doctors
By Josh Nicholson on July 21, 2017 Culture, Features, Television

Jodie Whittaker is now the 13th Doctor, but she certainly isn’t the 13th actor to play the Time Lord. Since Doctor Who began in 1963, the Time Lord has been portrayed by a variety of actors and actresses. Not every Doctor is created equal though, the TARDIS having been piloted by more than the 12 canonical Time Lords. With Rowan Atkinson and Richard E. Grant among their ranks, I present the forgotten Doctors. 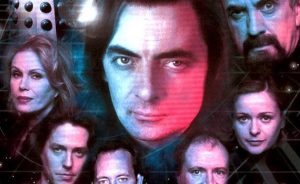 After Paul McGann failed to attract an audience as the 8th Doctor, the future seemed bleak for Doctor Who. With the BBC doubting that the show would ever make a proper return, Rowan Atkinson was cast as the 9th Doctor in one-off episode for Comic Relief. Titled ‘Curse of the Fatal Death’, it pitted Atkinson against both the Master (Jonathan Pryce) and the Daleks. However, as it was written for Comic Relief, it’s a far more lighthearted adventure. Atkinson isn’t even the only actor to portray the Time Lord in the story, the Daleks forcing the Doctor to regenerate multiple times. Alongside Richard E. Grant, Jim Broadbent and Hugh Grant as the 10th, 11th and 12th Doctors, Joanna Lumley appears as a female 13th incarnation. Interesting, it was also the first Doctor Who episode written by a young Steven Moffat. It’s obviously tongue in cheek, but ‘Curse of the Fatal Death’ is the closest thing to official Doctor Who the BBC produced in the 1990s. 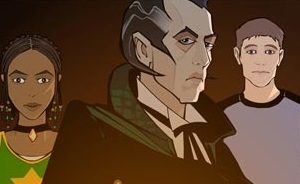 Another Doctor intended to be the 9th incarnation, Richard E. Grant made his debut as the Time Lord in ‘Scream of the Shalka’ in 2003. Produced for Doctor Who‘s 40th anniversary, ‘Scream of the Shalka’ was a crudely animated series released on the BBC website. While Christopher Eccelston’s 9th Doctor would supersede him only years later, Grant’s portrayal was originally heralded by the BBC as the official continuation of Doctor Who. Fans have since affectionately dubbed him the Shalka Doctor, but Russell T. Davis has openly attacked his performance as lazy. With a robotic Master and a steampunk TARDIS, ‘Scream of the Shalka’ is certainly an oddity. It even features David Tennant and Derek Jacobi long before their official Who appearances. Doctor Who’s return to BBC One destroyed any chance of the Shalka Doctor returning, but that might be for the best. 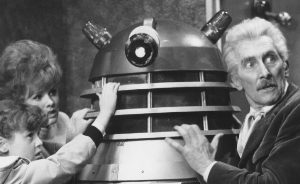 Whovians don’t appreciate it when the uninitiated refer to their beloved Doctor as ‘Doctor Who’, but Peter Cushing’s incarnation of the character actually went by that name. Dr. Who and the Daleks and Daleks – Invasion Earth: 2150 A.D were two Doctor Who movies released in the 1960s. However, they inhabit an entirely separate continuity to the TV series. Peter Cushing doesn’t actually play a Time Lord, but a human inventor who builds the TARDIS. Travelling with his young granddaughter Susan (Roberta Tovey), Dr. Who unknowingly discovers the home planet of the Daleks. Despite the appearance of the TARDIS and the Daleks, Cushing’s films lack many of Doctor Who‘s common tropes. This is likely because the films were written by unfamiliar U.S writers. When Invasion Earth failed to attract audiences, a planned 3rd film was quickly scrapped. However, it’s rumoured that Cushing was actually offered the role of the 2nd Doctor when Hartnell left. It’s all hearsay, but maybe Cushing could have been than just Dr. Who… 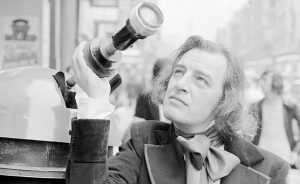 With John Pertwee unavailable, the BBC was forced to recast the Time Lord for their upcoming Doctor Who stage play. Therefore, when Doctor Who and the Daleks in the Seven Keys to Doomsday opened in 1974, Trevor Martin was introduced as the 4th Doctor. Projections were even used to show the 3rd Doctor regenerating directly into Martin. With the assistance of companions Jenny and Jimmy, this Doctor defeated the Daleks and the fearsome Clawrantulars. Unlike Tom Baker, Martin portrayed a more traditional older Doctor. Keys to Doomsday even introduced the long-running planet of Karn. However, the 3rd Doctor’s real successor had already made his debut in the series months earlier. It’s therefore difficult to think of this alternate 4th Doctor as anything more than a stand-in.

Although we accept the 12 canonical actors as Doctor Who, it’s important to remember than the famous Time Lord has been played by many more actors and actress. With revelations like the War Doctor (John Hurt) muddying the canonical Doctors, it’s impossible to count how many Doctors there actually are.