Read more
You are at:Home»Culture»Game of Thrones: Who Will Die in Season 7?
By James Barker on July 15, 2017 Culture, Features, Television

The stakes have never been higher as we enter the penultimate season of the show, and three fearsome armies – the Starks in the North, the Targaryens from the East, and the Lannisters on the Iron Throne – are set to clash with explosive consequences. And then there’s the threat beyond the Wall… One thing’s for sure, some of our favourites won’t survive the conflict to come; but who looks set for the chop in Season 7? 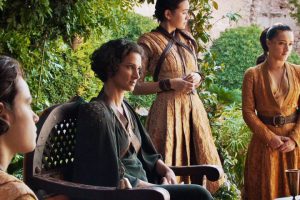 They sound like a terrible girl band, but Ellaria (Indira Varma) and her Sand Snakes only serve as a reminder of the appalling Dorne subplot from Season 5. Their appearances last season were limited to a scattering of scenes where they murdered their leader – “Weak men will never rule Dorne again” – and then a reappearance in the finale where they agreed to unite with the deepest rivals, the Tyrells, to join Daenerys’ cause. Obvious casualties for Daenerys’ side, nobody will miss these frankly underdeveloped characters when they meet their inevitable end. Jessica Henwick – a.k.a. Nymeria Sand – has already admitted she struggled to find time to film as it clashed with Netflix’s Iron Fist, so you can expect her to die very early on. 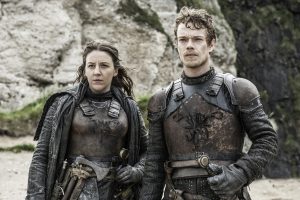 Theon and Yara Greyjoy (Alfie Allen and Gemma Whelan) surely take the award for biggest travellers of last season, moving from the North (Episode 1) to the Iron Islands (Episode 5), and then to the Far East (Episode 10). Now siding with Daenerys, they could similarly serve as collateral damage in the war to come. Theon’s a more interesting case, with his allegiances surely set to be torn between his newfound allies and his surrogate family’s stake to the Throne. But I don’t see either of these characters lasting long in battle, with Yara and Ellaria spotted in a literal death kiss (remember poor Myrcella?) in a recent trailer. 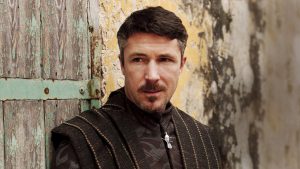 Conniving Littefinger (Aidan Gillen) has been a big player in the Game of Thrones up to his point, controlling events from the shadows. Apart from his self love, his allegiance is just as questionable as ever right now, with him siding with the Lannisters earlier in the season but standing with Jon Snow after his victory at Winterfell. His manipulation of Sansa (Sophie Turner) has surely ran its course, with the once weak Stark daughter now standing tall alongside her brother. Though he’s trying to convince Sansa to join him in his own quest for the Iron Throne, it’s unlikely she’d fall for such a trick. Could Littlefinger meet his end at Sansa’s own hand? Or at Jon’s? Or perhaps in dragon fire…? 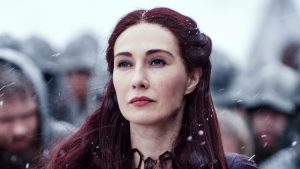 To be honest, it’s a surprise that red priestess Melisandre (Carice van Houten) survived last season. Since the death of her precious Stannis is Season 5, Melisandre’s purpose seemed spent when she was done resurrecting Jon Snow (Kit Harington). Last seen banished from Winterfell upon Ser Davos’ realisation that she murdered the young Princess Shireen (sob), Melisandre is riding south and there’s only one place I can see her heading – the grave. At who’s hands? Arya Stark. Don’t forget, the red priestess’ name is on Arya’s list of kills, after their brief meeting back in Season 3. Back then, Melisandre told Arya “We will meet again”, and with Arya travelling North after murdering Walder Frey, it seems their paths will cross. 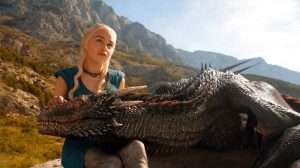 This would be a shocker, wouldn’t it? Right now, Daenerys (Emilia Clarke) is too powerful, flaunting three fully grown dragons she’s finally learnt to control. But with two seasons to go, this story isn’t going to be as simple as Dany flying into King’s Landing and claiming the Iron Throne. Dragons are surely going to pay a huge role in the fight against the White Walkers, but how about – to even the score – one of them doesn’t survive the battle? A major fan theory suggests that either Viserion or Rhaegal will be killed in the first battle against the White Walkers and resurrected by the Night’s King, enabling the Walkers to destroy the Wall and enter Westeros. If that’s true, the humans are in real trouble… 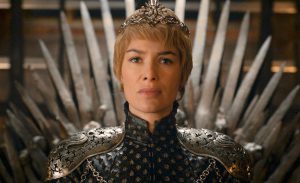 Now, hear me out on this one. Most of you will cry: surely, Game of Thrones wouldn’t kill one of its most popular characters a whole season before it ends? Well, it was Cersei Lannister herself that said it best – “When you play the Game of Thrones, you win or you die”. And Cersei isn’t going to win. Just ask The Edge writers; nobody put any money on her victory, on a list where even Sandor Clegane made an appearance as a potential victor.

Then there’s the prophecy that’s haunted her from childhood, claiming the “Valanqar” – meaning “little brother” – will murder her for a younger, more beautiful queen to take her place. Though Cersei has theorised her Valanqar to be Tyrion and the younger queen to be Margaery, I think she’s got it all wrong. Her former lover and younger twin brother Jaime (Nikolaj Coster-Waldau) is a changed man now, and the look they shared when Cersei took to the Throne at the end of Season 6 was one of pure hatred. And, of course, Daenerys is finally sailing for Westeros. Cersei’s time is numbered, but will she meet her end before Season 7, or cling on into the final set of episodes in 2018?

Agree or disagree? Feel free to leave your thoughts in the comments! While you’re at it, check out our predictions of who will take the Iron Throne, and our anticipation what’s to come in Season 7.