Read more
You are at:Home»Culture»Doctor Who: Who could be the next Doctor?
By James Barker on July 15, 2017 Culture, Features, Television

It’s been 161 days since Peter Capaldi announced he was standing down as the Twelfth Doctor. That’s 161 days we’ve had to speculate who could succeed him; and 161 days for the bookies to make lavish suggestions to who’s coming next. Saying that, they managed to get it right last time round – betting was suspended on Capaldi because he was such a popular choice – but no such obvious frontrunner has emerged yet, even with just 24 hours until the big unveiling. In order of their odds via Ladbrokes, we’ve listed the most popular choices to be the 13th Doctor to predict just what they’d be like if they stepped into the Time Lord’s shoes. 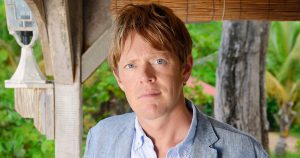 The bookies’ favourite is former Death in Paradise lead Kris Marshall. Speculation the actor would be cast as the 13th Doctor started when Marshall left the crime drama halfway through its fifth run, but that is definitely unrelated as the new Doctor will have only started filming in the last few weeks while Death in Paradise stopped filming nearly a year ago! Nonetheless, Marshall’s clearly keen to explore new projects, and he’s is the forerunner with most betting companies, who speculate that his cheeky charm would make for a David Tennant type Doctor – which, if you listen to some news outlets, is what Chris Chibnall is after in his new Doctor.

I’d argue that Marshall isn’t a good choice for the role. While I have nothing against him personally, having another white man would be a crucial error for the BBC’s aims to make their programming as diverse as possible. Though David Tennant and Matt Smith’s swashbuckling adventurers worked to a degree, we were getting bored when Smith’s tenure came to an end and the casting of an older man in Capaldi enabled some regeneration in the show’s format. Marshall would be a backwards step, but one I wouldn’t put past the glory-seeking BBC. 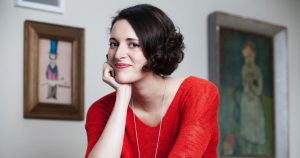 She’s thrown water on this fire, but the smoke signals that Phoebe Waller-Bridge could be the next Doctor are still strong. Her genius comedy series Fleabag won many awards (and earned a rare five star review from us), and she’s now been cast in a core role for the untitled Han Solo spin-off film, arriving next year. Waller-Bridge was previously cagey about whether she could be the 13th Doctor, but when a clip of her talking about Doctor Who was shown at the end of last week’s Newsnight, the internet went into overdrive thinking it was a coy hint from the BBC. Then she spoke up and denied that she was involved; so the jury’s still out.

There are those who complain that Fleabag is way too adult for a Who audience, and admittedly it does feature a character called ‘Arsehole Guy’ so I’d agree with them. But don’t forget that Peter Capaldi’s breakout role was foul-mouthed spin doctor Malcolm Tucker, in a similarly late night comedy The Thick of It. I’d imagine her Doctor to be a little like Matt Smith, bumbling through adventures with (ironically) boyish charm. Though she’d be perfect in the role, you can’t help thinking she’s a fantasy casting because she’s so popular right now – and why would someone with a starring role in a Star Wars film tie themselves down to a ten month exhaustive film schedule for at least three years? 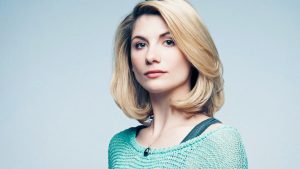 Jodie Whittaker is another bookies’ favourite, and she’s certainly got the emotional capacity to play the next Doctor. Unlike Waller-Bridge, Whittaker isn’t a particularly comedic actress – usually – with her devastating portrayal of a grieving mother in Chibnall’s breakout crime drama Broadchurch turning heads. Russell T Davies had worked with David Tennant in Casablanca before casting him as the new Doctor; could Chibnall do something similar in working with an actress he knows well?

Whittaker could certainly provide a delightful spin on the Doctor, but you have to wonder if she’s quite quirky enough to succeed in the footsteps of the wonderfully odd Peter Capaldi and Matt Smith. Still, I wouldn’t be afraid of seeing her take control of the TARDIS. 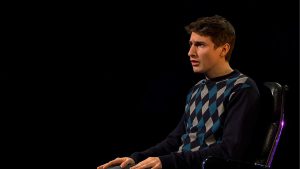 Similarly to Marshall, Tom Rosenthal would be a safe bet for the BBC as the Doctor. Known for his roles in comedies Friday Night Dinner and Plebs, Rosenthal’s got all the cheeky chappy charm of Matt Smith. He also did a more serious acting role in Broadchurch, so he’s a familiar face to the new showrunner. However, a negative could be that Rosenthal is still lacking experience where his predecessors in the role have had heaps; Capaldi and Tennant in particular were shining stars when they took the helm of the cult sci-fi show. And the whole “another white actor” thing is a mark against his name – cast someone diverse goddammit. I’d still prefer a dashing, cheeky Doctor to the bumbling one that I could see Marshall playing though. 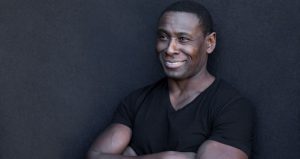 David Harewood is known for his roles in big spy thrillers Homeland and The Night Manager, and is currently a regular cast member in US show Supergirl. At the age of 51, he’d be one of the oldest incarnations of the Time Lord – following the actual oldest, Peter Capaldi – and everything points towards the BBC wanting a young hero akin to David Tennant for the new run. Harewood also seems committed to Supergirl, with his career across the pond really taking off. But you never know; Harewood’s demonstrated great depth in his roles in the past, excelling in drama and comedy, and it would be a positive step to cast a black man as the Doctor. But talking of positive steps: how about a woman?

Or… someone completely different

If I’m honest, none of these feel a natural fit to be the 13th Doctor. I’m fully expecting someone completely unexpected to present themselves on Sunday; perhaps even someone I’ve never heard of. It worked for Matt Smith, who’s anonymity helped create an aura of real mystery back when a new showrunner took over Doctor Who in 2010. Let’s just hope that Chris Chibnall and the BBC have made a good call, because filling Peter Capaldi’s boots is an unenviable task.

The next Doctor will be unveiled on BBC One after the Wimbledon Men’s Final on Sunday 16th July. The time of the reveal depends on the duration of the match, which starts at 2pm and is predicted to last between two and three hours.