Returning to its former glory with focus on true variety, Britain's Got Talent proved why it is one of the most watched shows of the year.

So, for the eleventh time, the four big red buzzers returned as Simon Cowell, David Walliams, Amanda Holden and Aleesha Dixon spent the spring hunting for the latest talent the UK – and beyond – had to offer with the prize of £250,000 and a spot at the Royalty Variety Performance waiting for the winner. While (perhaps mirroring the X Factor) many worried that the show may have run its course, this year turned out to be one of the best yet as the standard of variety on show increased, and the judges were on top form. Though things were not perfect, Britain’s Got Talent showed that the show retains the strength it has amassed throughout the last decade. 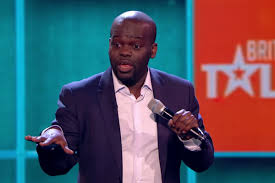 The reason the show was so successful this year – reaching a peak audience of 10.2 million for the final on Saturday – was the standard of talent on show. Unlike previous years, the focus was on variety this year which saw more acts from the genres of magic, comedy and novelty through to the live finals than previous years. What this also meant was that the live shows were not saturated by singers and those that did feature, such as Sarah Ikumu, The Pensionalities and the Missing People’s Choir, bought something new and fresh to the competition that could not be seen on X Factor or The Voice. The choir, specifically, caught the heart of the nation throughout the competition as they sang to raise awareness of missing children in the UK. I cannot mention all the variety on show but favourites have to be mind-reading duo DNA, 9-year old magician Issy Simpson and comedian Daliso Chaponda who, dubbing himself the ‘Asian Michael McIntyre’, bought his fresh non-PC humour to the show. Of course, we must also mention the winner: Tokio Myers, who encapsulated the originality and variety this series offered as a pianist who mixed classical piano with modern pop hits. As Cowell said, we can expect him to be working with the likes of Ed Sheeran or Stormzy very soon.

Notably, though, the standard of dance acts was down on previous years. Only one, Mersy Girls, made the final with their touching performances, made even more emotional as the lead dancer faces an operation which may stop her performing in the future. Other notable dancers were Grace and Ali, and TNG Charecters, a group formed of 30-odd dancing clowns that offered a unique blend of modern contemporary dance and horror. Perhaps both these acts deserved places in the final, but they did not achieve them. Perhaps it is a little critical to note this as a disadvantage though: to make place for the rise of comedy and magic acts something had to go. This series it was dance crews and dancing dogs. But then they did let through a singing robot, and ‘Hoop Man’ (yes, a 60-year old Hoola-hooping across the stage…) 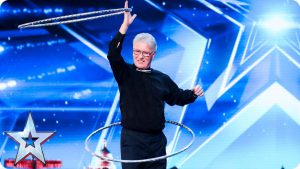 Away from the talent itself, the show continued to be made by the judging panel who work so well together with their quirky humour and relationships. Cowell and Walliams bromance has received regular comment. This series, though, it went a little too far (at one point Walliams dropped his trousers, and another had Cowell tattooed on his arse). While this became awkward rather than funny the main issue is that while the judging panel needs to work, its over-the-top antics should not distract from the acts themselves. Walliams may need to sort the balance out here. Aleesha Dixon was the stand-out this year. Her judging style has become a lot more critical and while she can be funny, she remains serious and offers constructive comments. Her contribution can be seen against Walliams whose comment thesaurus fails to range beyond ‘that was amazing’, ‘that was moving’ and ‘wow’. I’m not sure, if it is not comedy, that Walliams has a clue if someone can sing or dance. Of course, Ant and Dec owned it as presenters. But then they are Ant and Dec.

The live finals were, I think, also much better done than previous years. With a new studio, and having decided to decrease the number of finalists from 45 to 40, this left more time for the acts to be interviewed and to interact with the judges. This gave the whole show the sense of novelty that it needed, and corrected last year’s troubles where more finalists made all the performances, and comments, seem rushed. The studio itself was very well designed – with its own royal varity feel – and I was very lucky to be invited to attend the grand final. Though the set is smaller than it appears on TV, it captured the essence of the show perfectly.

Overall, Britain’s Got Talent did itself justice this year! Though Walliams may need to calm himself down (or be replaced!) the restructured finals, and the focus on true variety, restored the show to its previous heights. Let’s hope this continues next year!

Watch the winning performance from Tokio Myers below: