The penultimate episode of the thrilling ITV series sees the investigation is coming to a head. With the suspects being closed off to a main 5 men, have you guessed who raped Trish Winterman?

The third and final series of Broadchurch is drawing to a close, and its penultimate episode ended on an exciting note. The sock found at Axhampton house has Trish’s (Julie Hesmondhalgh) DNA on it, along with one of the core suspects’ DNA. But in true Broadchurch fashion, they did not reveal who’s DNA it was. The final scene of the episode was even more thrilling, with Clive’s wife Lindsay (Becky Brunning) finding Trish’s keys in Clive’s locked draw in his garage. Is Lindsay’s life at risk because of her discovery? All will be revealed next week, but as we wait with baited breath, let’s take a closer look at the 5 main suspects in the last ever Broadchurch investigation. 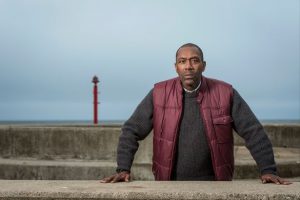 Ed is clearly infatuatedly in love with Trish, having taken hundreds of photos of her without her knowledge and even camped outside her house to ensure her safety after the attack. He also sent Trish an anonymous bunch of flowers with a note reading ‘Thinking of you’. Previous weeks saw his anger bubble over as he assaulted fellow suspect Jim (Mark Bazeley) after discovering his sexual encounter with Trish, and he also has a violent, alcoholic past, previously hitting his late wife. That’s a motive, with a nasty reputation to go with it.

Saying this, Ed is looking an unlikely suspect. He adores Trish, surely too much to hurt her in such a violent way, and though this love is extreme and unhealthy, I don’t think it’s a line Ed would cross. 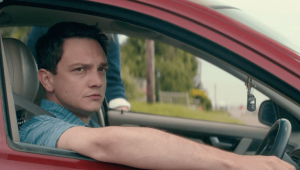 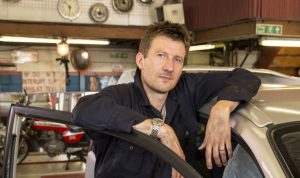 Trish is the best friend of Jim’s wife Cath (Sarah Parish), and we know they had consensual sex on the morning of the party. He also asked her to have sex with him again at the party but she said no. He went into the woods around the time that Trish was assaulted, attempted to have sex with a waitress, but found himself rejected. This would mean he was in close proximity as Trish at the time of her assault, and he was sexually frustrated. Jim’s wife Cath also found condoms and a receipt, revealing to the police that he bought the brand of condom that matches Trish’s attacker on the day of the party. He is also the only suspect to have a connection to the other rape victims from a few years ago due to his mechanical van.

At the moment, Jim is surely the prime suspect, with the evidence against him very damning. How can the connections be explained in any other way? Well, this is Broadchurch… 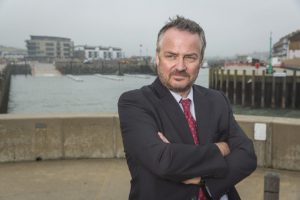 Trish’s ex-husband had an argument with her just she was attacked. He was drinking spirits at the party, which Trish could smell on her attacker. Ian also had an argument with his current girlfriend, Sarah (Charlotte Elsey), at the party, causing her to leave. He also had Leo (Chris Mason) install spyware on Trish’s laptop, meaning he was watching her, maybe pre-planning his attack.

While this all fits circumstantially, I think the audience needs to know what they argued about to get a better idea of his guilt. He could have had too much to drink and snapped at Trish. With them having a daughter together though, it’s all made a little less believable. 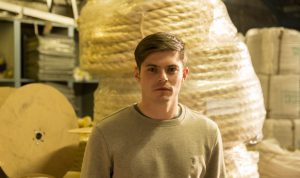 He installed that spyware on Trish’s laptop for Ian, a strange move for an ex-teacher. He is also part of the football team that use the brand of socks to match the sock found at Axhampton. Leo works at a factory that supplies the local area with the rope used to tie Trish during the attack. He also made his girlfriend lie about his alibi, until he confessed in this episode to being at Axhampton, but only briefly to drop his girlfriend off at the party.

There is no connection between Leo and Trish other than Trish’s ex Ian. He seems the least likely offender, and if he was caught up, surely he was a bystander rather than the attacker. Could he be a suspect Broadchurch‘s puppet-master Chris Chibnall is using to confuse the audience?

Knowing Broadchurch, the attacker will be a wild card, paying homage to the original mystery, where detective Ellie’s husband Joe Miller (Matthew Gravelle) was caught out for murdering Danny Latimer. Whatever happens in next week’s episode, it is promised to be an explosive ending to the award winning series. I will be very sad to see the end of Broadchurch, an event we all look forward to in our TV calendars; David Tennant and Olivia Coleman as a pair have terrific chemistry and it is refreshing to have a male/female team on TV without any romance in the mix. Broadchurch will go down in history as the perfect detective drama – but there’s still one last case to crack…

Broadchurch concludes next Monday at 9pm. Catch up on the series via All4.