Read more
You are at:Home»Culture»Review: Not Dead Enough at Mayflower Theatre
By Bruno Russell on March 8, 2017 Culture, Theatre
80%
80
Promising

While the mystery-murder plot and setting were translated on to the stage very well, character development lacked. In a play that challenges the anti-realist normality of the theatre, this is problematic.

Based on Peter James’ novel of the same name, Not Dead Enough is a unique play, taking on the rarely attempted task of adapting murder mystery – which works so well in novels and television – to the theatre. This, obviously, hits initial problems: often the theatre is meant to transport us to a new, different place, which leaves harsh realities behind. Here, harsh realities are confronted and explored. This production did this well, with a setting and plot that are cleverly devised to translate well on to the stage. The only problem was that character development was absent, leaving the audience hinging on suspense rather than emotion. 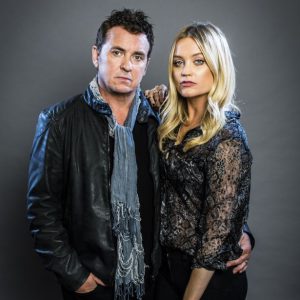 The problem shall be addressed first. Television and novels manage to get ‘up close and personal’ to the characters in a way that makes you sympathise with their plights. You want them to catch the killer and safely secure justice. With Not Dead Enough, however, I found myself caring little about any of the characters actually involved. Part of the problem here was that there was no production value per se, and the ‘distance’ between the stage and the audience broke that personal connection. This, admittedly, may just be a more general problem of translating murder-mystery on to the stage. I think, however, that slightly better casting may have helped. Shane Ritchie, while making the best of the role and picking up half way through, did not have the ruthless cut-throat attitude the DS needed to have, while Laura Whitmore struggled to portray the emotional intensity that was required during certain parts. (I’m resisting saying what here to avoid spoilers). Others did incredibly well, especially Stephen Hillington as Brian Bishop, but nonetheless casting exaggerated the pre-existing problem of lacking character development. The music also didn’t help as instead of enhancing emotional intensity; the play sounded a little more like the corny ‘police themes’ of 1980s television which I hoped were long discarded.

There are just as many positives to match the problems, though. Firstly, the plot was clever – centred around a murder which all points to one suspect, who seemingly could not have done it – and ensures several twists and turns. I think a good test is that during the interval, all I heard was people talking about the performance and trying to figure out the killer. Put another way, it was extremely engaging. It’s also great then when the murderer is finally revealed, with all the little clues suddenly making sense, and you inevitably exasperated with yourself (“Why the hell did I not see it?!”). It also managed to portray the sense of murder-mystery realism it wanted. The set was very cleverly constructed – splitting the stage three ways between the mortuary, police station and interview room – to give a unique and well thought-through sense of narrative. Whoever designed the set certainly deserves a Tony nomination. The play also provided a great deal of tension, which somewhat made up for the lack of character development: at times you find yourself on the edge of your seat, or covering your eyes, when you think something terrible is going to happen. Spoiler free, I can say that things are not always as they seem, and it’s this that keeps the play engaging and interesting throughout.

Though seven out of ten feels a more fair rating for this play, in the absence of such a possibility, I’ve decided to award Not Dead Enough with four stars. Given the challenges theatre presents, it comes across as an extremely well put together production, even though the realism it wished to portray lacked substantial character development. Not Dead Enough does a good job of translating our favourite genre of literature and television into a tense play.

Not Dead Enough continues at the Mayflower Theatre until the 11th March, before heading to Richmond. You can book your tickets here.