With the Nintendo Switch’s March 3rd release date looming, it seems an ideal time to reflect on some of the best and worst console launches of the past forty years. While some companies have managed to turn failing consoles around, a system’s launch is usually a good sign of what’s to come. With that in mind, let’s look at some of gaming history’s most memorable console launches. 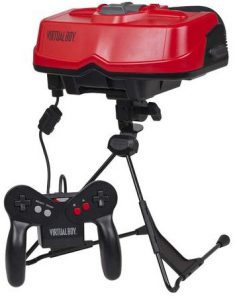 PlayStation VR might not have revolutionised gaming in the way that Sony was expecting, but it’s nothing compared to Nintendo’s embarrassing attempts at virtual reality back in 1995. At first glance the Virtual Boy looks rather futuristic, the head mounted goggles supposedly providing ‘a 3D game for a 3D world’. However, the console was doomed to fail from the day of its launch. While a lack of games or an extortionate price are the usual culprits of a disappointing release, it was the Virtual Boy’s own packaging that ultimately killed the console. Concerns over the Virtual Boy’s archaic 3D technology led Nintendo to plaster warning labels over the console and its games, even suggesting that children under seven not play the system. Considering the company’s focus on family friendly gaming, the Virtual Boy never had a chance. After several desperate price cuts, the console was quietly discontinued less than a year later and still holds the title of Nintendo’s worst selling system.

The original PlayStation arrived at a time when the gaming world was dominated by a fierce rivalry between Nintendo and Sega. It seemed impossible that another console would be able to break into the market, let alone go on to rule the entire industry. However, Sony pulled off an amazing launch that totally eliminated Sega and placed Nintendo on very thin ice. The PlayStation was lightyears ahead of the other consoles on the market at the time, its 3D graphics blowing the competition out of the water in 1995. Combined with a killer launch line-up of games and its ability to play CDs, Sony was able to break into the industry and end Nintendo and Sega’s deadlock. While it would eventually be outsold by its successor, the original PlayStation’s incredible launch did the impossible and toppled two gaming giants. 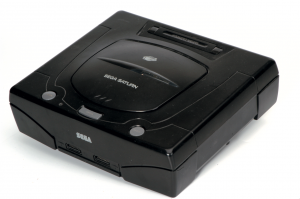 Fearing the oncoming storm that was the Sony PlayStation, Sega decided to move the launch of their newest console several months forward. Sounds like a decent plan, right? Wrong! It was a good idea to beat the PlayStation to market, but it relied on Sega telling shops about the new plan. When Sega suddenly launched the Saturn with no warning, key retailers like Walmart and Best Buy had literally no time to prepare or order stock. Sony even took advantage of the Sega’s early release, immediately announcing that they would be undercutting Saturn’s price by nearly $100. Combine this with the Saturn’s small number of games and poor advertising, the console was dead on arrival. While Sega may have tried to outwit Sony, it was ultimately a decision that the company would never recover from.

The release of the Nintendo Entertainment System back in 1985 wasn’t just a successful launch, but the resurrection of the entire gaming industry. After the fall of Atari in the early 1980s, the popularity of video games hit an all-time low. Many companies in the industry decided to back away, seeing the market as having dried up. Nevertheless, Nintendo saw this as an opportunity to move into manufacturing consoles. Recognising that games consoles were being ignored, they presented the console as an ‘Entertainment System’ and included gimmicky accessories like the robot shaped controller and a motion controlled glove. Pulling off the classic Trojan Horse ploy, Nintendo smuggled video games back into households under the banner of a toy. While Nintendo may not be at the top of their game today, without their Entertainment System it’s possible that gaming wouldn’t even exist today.