Sheridan Smith continues to stun us with her versatility this week, as her new two-part drama The Moorside reaches its cataclysmic conclusion. 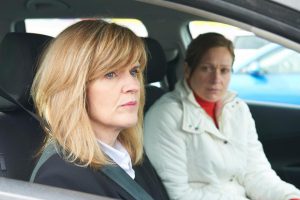 Smith is already know for being able to slip effortlessly between vastly different character roles – think ‘Rudi’, James Corden’s sister in Gavin & Stacey, compared to being Cilla Black for ITV, not to mention all those musicals she’s won Tony Awards for – but her new endeavour takes her to a completely new place. She takes on the role of the very-real Julie Bushby, a Yorkshire woman who rallies round her community after the disappearance of a nine-year-old girl. You can find the first part of The Moorside on BBC iPlayer, and see that Julie isn’t a woman to be messed with; the attempts of Detective Christine Freeman (Downton veteran Siobhan Finneran) to make her stop her search is met with real force. However, the revelation that the missing girl’s mother, Julie’s friend Karen (Thrones‘ Gemma Whelan), is more involved with the kidnapping than first thought will turn Julie’s world, and that of the Moorside community, upside down. You can catch this smoulderingly brilliant drama on Tuesday at 9pm, on BBC One.

While one drama wraps up, another returns; this time, Netflix’s historical drama Reign makes an explosive return. The show concerns the highly fictionalised life of Mary Queens of Scots (Adelaide Kane), with previous series seeing her wrestle for the throne of France, much to the disdain of her powerful mother-in-law Catherine de’ Medici (Megan Follows). The fourth and final series of the show brings Mary in conflict with her final nemesis, Queen Elizabeth I of England (Rachel Skarsten). Reign‘s fourth series begins on 12th February, with new episodes available weekly via Netflix. 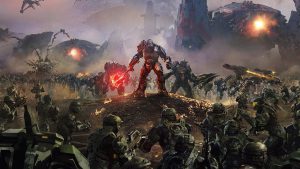 Halo may feel like a throwback to your 2009 self, an obsession of a spotty teenager, but a brand new instalment in the franchise drops this week. Halo Wars 2 returns players to the science fiction world where the human crew aboard the UNSC warship Spirit of Fire travel the stars, and introduces them to a new alien faction known as the Banished. The Windows exclusive game is only available on PC and Xbox, and fans of the franchise have been without an instalment since Halo 5 in 2015. You can grab your copy of Halo Wars 2 on Friday 17th February.

Now deep in February, game releases are starting to come thick and fast again – also released in the coming week in Sniper Elite 4, a new tactical shooter game from Rebellion Developments. “Hidden in a forgotten corner of the Mediterranean, a secret Nazi U-boat facility threatens Allied shipping. When agent Karl Fairburne attempts to assassinate the base’s Commander, he finds his target already dead, executed in person by a shadowy visitor. Karl’s mission has changed: Target Führer!” The new direction of the game is sure to excite fans of both history and gaming, as you come up with as many ways to assassinate Hitler in the multiplayer game. Fun for all the family! Sniper Elite 4 is available on all the core consoles, from Tuesday 14th February. What a way to celebrate Valentine’s Day, eh?