Read more
You are at:Home»Culture»The Edge’s Most Anticipated Games of 2017
By Ellis Murrell, Robert Pratley and Tom Wilmot on February 10, 2017 Culture, Video Games

2017’s well into stride, which means that games are starting to be released again! Here are some picks by our writers for what to look forward to this year.

Platform: PlayStation 4 & Xbox One; mobile version for iOs and Android 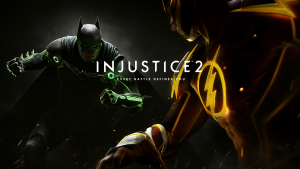 Injustice 2 is the long-awaited sequel to 2013’s stellar superhero-themed fighter from NetherRealm Studios (the creators of legendary fighting series Mortal Kombat). The original, which featured several twists on the formula, was an instant classic, allowing you to play as one of dozens of characters from the DC comic universe, such as Batman, Superman and the Joker. The sequel builds upon this initial roster, adding the likes of the telepathic mutant gorilla Grodd, and Atrocitus, the hulking Red Lantern. It also carries on the original’s dark and brooding single player campaign, in which Superman was driven to the dark side and established a terrifying totalitarian regime. The sequel, which introduces Supergirl, focuses on her possession by the villainous extra-terrestrial Brainiac. The game also introduces elements of deeper character customization, allowing for skin swaps that, by all reports, seem to be deeper than simple aesthetic additions. Only time will tell whether Injustice 2 can stand up to its competition in the already-packed fighting game genre (Street Fighter V already out and Tekken 7 aiming to release this year), but the game is making all the right noises and is sure to release to fevered anticipation. 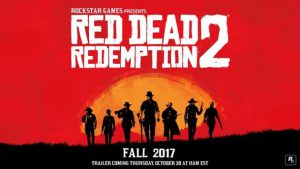 Red Dead Redemption was one of the best games of the last console generation. Released in 2010, it revitalised the Western game genre after the likes of Call of Juarez had failed to do so. The game’s universal praise from critics and players alike meant that the announcement of a sequel was only a matter of time. Now, after seven years of rumours and speculation, the gaming industry is hotly anticipating the release of Red Dead Redemption 2 and, it’s fair to say, expectations are high.

A numbered sequel, a first for the series, would imply that Red Dead 2 will in some way link to the story of John Marston from the previous game. Seeing as one of the strongest aspects of the last Red Dead was its story, we can hope Rockstar Games will be able to deliver a Western tale just as engaging. The most popular theory is that the game will follow John in his younger days as part of a gang led by fellow outlaw Dutch van der Linde. Aside from the story, we can also anticipate the return of wanted posters and hunting challenges, fun side missions which will no doubt compliment the game’s Western setting.

The most exciting part about Red Dead 2 however is that we will be able to roam what will surely be another vast, alive and intriguing Western open world, a feature that made the previous instalment so special. Already the environment looks to be incredibly detailed with the initial teaser trailer showing off beautiful vistas as well as dusty frontier towns.

If Rockstar are able to keep up their impressive record of producing near perfect games, we’ll all be in for a treat when Red Dead Redemption 2 releases this autumn. 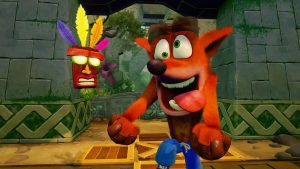 Undoubtedly, the most important thing you should be looking forward to game-wise is the undoubted Game of the Year – Crash Bandicoot: Remastered. If you enjoyed spending endless childhood hours being frustrated by the annoyingly addictive 3D puzzle platformer starring everyone’s favourite orange marsupial as you die over and over again because you mistimed that one jump and got bashed by that bloody penguin… Yeah. Crash Bandicoot is great because it is so easy to play and get a hang of, but it becomes incredibly addictive quickly. Just one more level. The original levels of the first three games blend a mix of tongue-in-cheek humour with genuine skill, and the graphics, although original shabby-looking by today’s modern High Definition standards, look amazing, with a total makeover given to the lush jungle, frozen tundra and roaring volcanic maps. By bringing Crash back, Naughty Dog are opening up one of the best gaming franchises to a whole new audience, and also allowing those veterans of the Playstation One platforming age a chance to once again enjoy a key element of their gaming-fuelled childhoods.