We now live under the all-powerful rule of President Donald J. Trump. I’m sure many of us are wishing we were in a parallel universe, with the world celebrating its first ever female in that office – and Channel 4 has just the thing to indulge you. 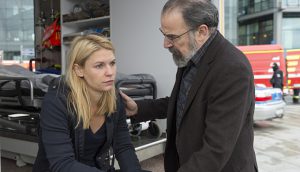 You may remember the early days of Homeland, an American political thriller that saw CIA agent Carrie Mathison (Claire Danes) suspect celebrated war hero Nicholas Brody (Damian Lewis) of turning terrorist. Now we are seven years and six seasons on, and since Brody’s–ahem–’disposal’, Carrie leads a life away from the Central Intelligence Agency. After working in Kabul and Berlin, Carrie returns to New York on the day of that America’s first ever female presidential candidate races to victory. The liberal Elizabeth Keane (Elizabeth Marvel) controversially states plans to cut back the States’ army – quite unlike America’s real choice for a new President – making her a target, and in need of Carrie’s help. Showrunner Alex Gansa recently expressed his initial election-day worries that Trump’s victory would render Homeland‘s new direction pointless, but if you ask me, fiction is fiction, and a liberal minded woman in charge of America is an ideal I can indulge in. Homeland returns tonight, Sunday 22nd January, on Channel 4 at 9pm.

Running as its direct competitor on BBC One is a far more lighthearted watch; Call the Midwife. Similarly, it enters its sixth season with a different looking cast to when it began (Jessica Raine’s protagonist departed way back in Season 3), but its premise remains largely the same, with the women at Poplar’s Nonnatus House bringing the community’s new lives into the world. The new series follows straight on from the midwives’ Christmas visit to Africa (reviewed with great endearment by our writer), but the midwives return to London to find Sister Ursula (guest star Harriet Walter) now in charge of the struggling clinic. The series has been plagued with rewrites after the sudden exit of Miranda Hart’s infamous character Chummy, but I’m sure their return will be just as enjoyable as ever. Call the Midwife returns to BBC One at 9pm on Sunday 22nd January. 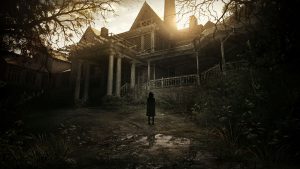 Fans of the horror thriller gaming genre will be excited by the arrival of a long-awaited instalment to the Resident Evil franchise. Biohazard is the seventh game in the franchise, announced (much to my personal excitement) at E3 last year. The story moves to Louisiana, USA, where Ethan Winters battles the trademark apocalyptic zombie-esque monsters to find his missing wife. Though Biohazard is also available on Windows and Xbox One, it’s made all the more exciting by an exclusive-to-PlayStation VR mode – sure to terrify any hardcore fan of these already pretty scary games. Resident Evil VII: Biohazard is available to buy from Tuesday 24th January.

The enchanting ballet Cinderella comes to Mayflower Theatre this week. Featuring the breathtaking designs of John McFarlane (designer of the famous Nutcracker), David Bintley brings the story we all know and love to life through the medium of dance. Birmingham Royal Ballet’s production of Cinderella has been widely acclaimed, so this isn’t one to miss! Catch it at Mayflower from Wednesday 25th to Saturday 28th January.