Secrets seem to be the theme of this week’s picks in the world of Culture. As a buried secret catches up with a teacher and her former student lover in a brand new Nuffield production, we return to Sherlock for his ‘Final Problem’, and that all important Holmes siblings showdown… 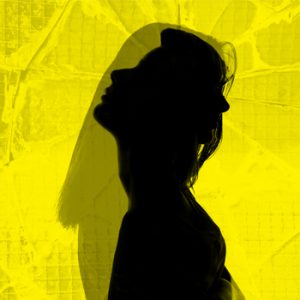 Off the back of the brilliant spectacle of Fantastic Mr Fox‘s festive run on campus, Nuffield Theatre shows its versatility by welcoming a gritty new play by celebrated playwright Evan Placey. Consensual follows the explosion of a dark secret held by a teacher and her former student, of their affair seven years earlier. “What happens when buried secrets catch up with you?” the premise hauntingly questions. Directed by Max Lindsay, Consensual is an NST Youth Theatre production aimed at 15+, and will run at their campus venue from 19th to 21st January. Tickets are still available via the Nuffield website.

Elsewhere in the world of theatre, Tim Rice and Andrew Lloyd Webber’s Evita comes to the Mayflower Theatre this week. It tells the story of Eva Peron, the wife of a former dictator, from her lowly position to being heralded as ‘Argentina’s spiritual leader’ by her people. Bill Kenwright’s production comes to Southampton after a run in London’s Dominion Theatre, but you might know Evita better from the major award-winning film that starred Madonna and Antonio Banderas. Stepping into the lead roles this time are Wicked‘s Emma Hatton and Tarzan‘s Gian Marco Schiaretti, so we are in safe hands. Evita is at Mayflower from 17th to 21st January, with tickets still available here.

Remember Jason Momoa, who played Daenerys Targaryen’s brooding hunk of a husband Khal Drogo, in Game of Thrones? Well, he may have fallen victim to the brutal massacres of George RR Martin in only Season 1 of the show, but he’s striding to the fore of his own brand new show. He’s starring as historical outlaw Declan Harp in new drama Frontier, in his quest to conquer the North American fur trade in the 1700s. The show’s already aired in the US – on the History Channel of all places – to acclaim, with a second series renewed, but it comes to the UK via the great gods of Netflix. You can feast yourself on the 6-part series on Friday 20th January. 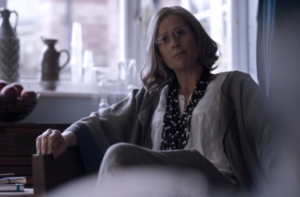 Suitably saved till last, could we see the end of Benedict Cumberbatch’s Sherlock this week? The ominously titled ‘Final Problem’ is the third and final episode in Sherlock‘s fourth series, but with Cumberbatch and co-star Martin Freeman’s schedules choc-a-bloc with Marvel films (*rolls eyes*), and writer Steven Moffat overseeing his final series of Doctor Who (*rolls eyes x1000*), this could be the final episode of the groundbreaking BBC take on Conan Doyle’s novels. And after the jawbreaking cliffhanger of the previous week’s episodes, it looks like life is never going to be the same for Sherlock Holmes – or either of his siblings – again. You can catch ‘The Final Problem’, tonight (15th Jan) on BBC One at 9pm. While you wait, check out our great reviews of Episodes 1 and 2.