January is thankfully a haven of new TV, warming you through the cold winter months and post-Christmas blues. Huddle in your blankets with tea, blissfully ignoring impending exams, and join me for some good Culture picks. 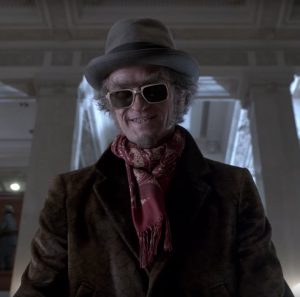 It’s fitting that Netflix have scheduled the arrival of the creepy new imagination of Lemony Snicket’s A Series of Unfortunate Events to land on Friday the 13th. Neil Patrick Harris stars as the nefarious Count Olaf in the adaptation, the nemesis of the Baudelaire orphans, as they are shipped around various quirky relatives after the death of their parents. Also in the cast are Patrick Warburton as Snicket, the narrator; Joan Cusack as the kindly Justice Strauss; and Malina Weissman as Violet Baudelaire. This 8-part first series adapts the first four books of Snicket’s original book saga, and if you need a refresher, an introduction to the books will be up on the website very soon. A Series of Unfortunate Events arrives on Netflix on Friday 13th.

Now, though Unfortunate Events is one of the only dramas that kicks off this week, last week’s offerings continue to rumble along with second episodes. Here’s a brief look at what you can catch on your box this week: 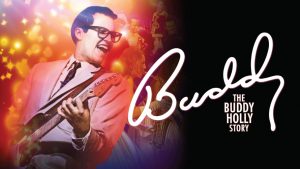 But it’s not just all about TV! Though gaming and literature releases are a bit thin on the ground this close after Christmas, there’s certainly some theatre for you to enjoy. Though Mayflower bids farewell to its Christmas panto tonight (8th Jan), it instead welcomes the West End hit musical Buddy, based on the life of legendary performer Buddy Holly. It’s got raving reviews from critics nationwide, so this isn’t one to miss. Buddy is at Mayflower Theatre from 11th to 14th January, and tickets are still available via their website.

And you can catch another of Nuffield Southampton Theatres‘ tours of their new City venue this week. The preview tours give you an exclusive early look at their new venue in Guildhall Square ahead of its full opening later this year. This week’s tour is currently sold out (if you’re lucky enough to have tickets, its on the 14th January), but you can find out details of how to get onto a future one via the Nuffield website.