Read more
You are at:Home»Culture»This Month on Netflix: January 2017
By Anneka Honeyball and James Barker on January 1, 2017 Culture

It’s the start of a brand new year, but don’t be so quick to add ‘slow binge-watching habits’ to your resolutions! In our ongoing monthly feature, The Edge takes a look at ten of the best new releases coming to Netflix UK in January. Among this month’s releases are a number of new and returning series, including A Series of Unfortunate Events. 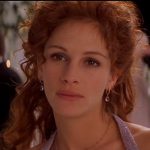 Netflix is starting the year right by adding My Best Friend’s Wedding to it’s collection of quirky, yet oddly binge-worthy 90s rom-coms. Starring Julia Roberts, the film follows a restaurant critic who attempts to break up the impending marriage of her lifelong friend/love interest (Dermot Mulroney) and his perky new fiancée (Cameron Diaz). Though full of fluff, this is worth a watch – if only for Rupert Everett’s appearance as Roberts’ gay friend/faux fiancée. 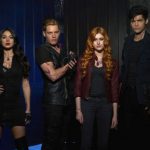 The TV adaptation of Cassandra Clare’s Mortal Instruments series will be returning for its second season in the new year, with episodes airing here every Tuesday, hot on the heels of their US broadcast. In the aftermath of Season 1’s cliffhanger, Clary and the gang continue their quest to bring down Valentine in a dangerous world of fairies, warlocks, vampires and werewolves. The series stars Katherine McNamara and Dominic Sherwood. 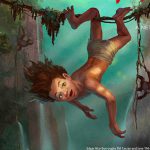 Classic favourites are remade for this brand new children’s TV series, coming to Netflix this January. The animated adventure puts a modern twist on Edgar Rice Burroughs’ ancient Tarzan stories, as the teenage jungle hero returns from the African jungle to England, where he meets Jane. “Saved from a plane crash and given supernatural powers, teen Tarzan joins forces with brave city girl Jane to protect his jungle home from threats.” It arrives on Netflix as part of a push to create more Original Series for younger audiences, and you can look forward to seeing its eight-part first season on January 6th.

One Day at a Time – 6th January 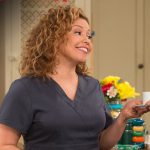 After the success of Fuller House, it’s no wonder that Netflix is bringing more old classics for new runs. Inspired by the original One Day at a Time, this reimagining sees a newly-single Latina mother raise her teenage son and daughter with the “help” of her old-school mum. Queen of the South‘s Justina Machado heads up the cast as the divorcee mother, while Todd Grinnell, an import from fellow Netflix success Grace & Frankie, plays a friend-without-benefits of Machado’s character. Norman Lear, the 94-year-old creator of the original series, returns as an executive producer for the project.

Under The Shadow – 7th January 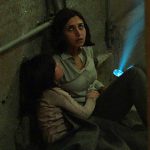 Set in war-torn, post revolutionary Tehran in the 1980s, this internationally co-produced horror film is definitely a one to watch. Streaming exclusively on Netflix, Under The Shadow follows a mother and daughter who are haunted by a mysterious evil in their home. Starring Narges Rashidi, the film premiered at this year’s Sundance festival, earning critical acclaim. It was also recently named Mark Kermode’s best film of 2016. 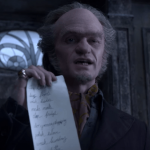 Netflix had a terrific 2016 in terms of original series and 2017 is no different, with the launch of their highly anticipated adaptation of Lemony Snicket’s A Series of Unfortunate Events. Starring Neil Patrick Harris as the despicable Count Olaf, the series follows the trials of the Baudelaire children as they seek refuge from their ruthless former guardian. The series also stars Patrick Warburton, Joan Cusack and Catherine O’Hara. 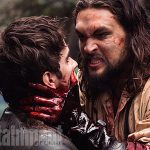 This historical drama is already doing well across the Pond in Canada and the US, where it aired earlier in 2016, but Frontier comes to Netflix in the UK this January. The show chronicles the North American fur trade of the 1700s, and Declan Harp, a part-Irish part-American outlaw on a search for justice. Harp is played by Jason Momoa, who you may recognise as Daenerys Targaryen’s hunky Khal Drogo in Season 1 of Game of Thrones – and, of course, he’s also been cast as Aquaman for the DC Cinematic Universe. 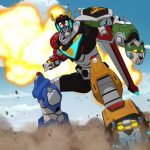 The second season of Voltron: Legendary Defender is coming to the streaming service at the end of the month. Created by Dreamworks and based on two goliath franchises, this anime-style romp sees a group of misfit pilots enter a galactic war as they become integral components of the ‘legendary defender’ Voltron – a giant robot comprised of five super-cool lion mechas. The series features the vocal talents of Jeremy Shada, Steven Yeun, Bex Taylor-Straus and Rhys Darby. 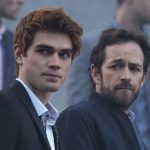 Riverdale, a brand new teen mystery drama, hits Netflix later this month. Netflix has UK streaming rights to the show, but episodes will appear at the same rate as the show’s airing in the US on The CW. It’s a modern telling of the characters created by Archie Comics, which celebrates its 75th year in 2017. Riverdale explores the surrealism of small town life, following the eponymous Archie and his friends as they struggle to grow up and also discover a world of darkness bubbling underneath Riverdale’s surface. You may recognise Suite Life‘s Cole Sprouse in the cast line up, and K.J. Apa has been cast as Archie after a four month talent search. 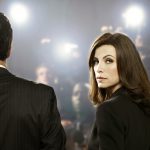 The final season of The Good Wife comes to Netflix this January. Originally airing on More4 and Channel 4 in early 2016, the show’s jump onto the streaming service means you can complete your Netflix bingewatch to your heart’s desire. The legal drama, which stars Julianna Margulies and Matt Czuchry, follows the life of a lawyer after her husband, a State Attorney, is involved in a public sex scandal. Catch up with The Good Wife ahead of the arrival of its spin-off series, The Good Fight, later in 2017, which follows Christine Baranski’s character Diane Lockhart as she moves her legal career to Chicago.