It’s nearly Christmas, and it should be a staple of every British household to sit down and watch the Doctor Who special on Christmas Day. Believe it or not, it’s now in its eleventh year since the revival in 2005! These standalone adventures usually have a lighter, fun tone – though they have also seen the traumatic regenerations of both the Tenth and Eleventh Doctors. Some are fantastic, though some are less so – let us talk you through worst to best, ahead of this year’s special. Part 1 takes you down from Number 11 to Number 5…

The Arwell family are struggling to enjoy their wartime Christmas, but luckily the Eleventh Doctor (Matt Smith) is there to help make it as memorable as possible. 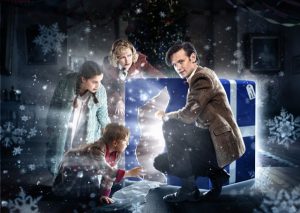 While Steven Moffat still claims this as the ‘most Christmassy’ of the specials, its story manages to be simultaneously depressing and boring. When reading this list you’ll see many of the episodes are called ‘tonally confused’, but this one certainly takes the cake. The overly long opening scene depicts the Doctor repeatedly walking into lampposts with a backwards space helmet on, before immediately jumping to Alexander Armstrong dying in a fiery plane crash. Merry Christmas everyone! Have fun watching an hour of a grieving mother refusing to tell her children about their father’s death, only broken up by Matt Smith wearing a series of funny hats in the background. The episode’s only saving grace is its wonderful set design and cinematography, the scenes in the Narnia style forest almost as enchanting as the film series they are so obviously copying. However, this certainly isn’t enough to save the special, and it therefore is deemed the worst Christmas special to date. 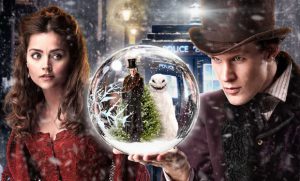 This Christmas special properly introduced our new companion, Clara, after her backdoor introduction in ‘Asylum of the Daleks’. However, just when you (and the Doctor) got to like the plucky Victorian barmaid, Steven Moffat had her cruelly murdered, only to introduce her in the following episode as the same boring old twenty-first century girl. The villains of the piece, played by none other than Richard E. Grant and Sir Ian McKellen, are disappointingly underwhelming, even though they brought Grant back as the big bad of Series 7 Part 2. Supporting characters Madame Vastra, Jenny and Strax make their second appearance, and provide a good bit of humour, but nothing can get past just how bad the titular Snowmen, who terrorise London in the special, really are.

Summoned by a strange man named Nardole (Matt Lucas), the Twelfth Doctor is reunited with one of his closest friends. 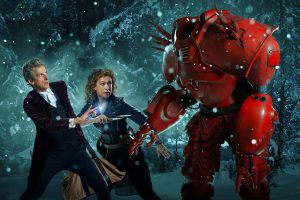 Featuring a Sonic Trowel, a ‘hilarious’ decapitation scene and an unforgivable cast of useless guest stars; the fantastic chemistry between the Twelfth Doctor and River Song (Alex Kingston) is the episode’s only saving grace. It’s never a good sign when your favourite show starts cramming in celebrity guest stars, but it’s even worse when they are cast as annoying, forgettable idiots. Both Nardole (Matt Lucas) and Hydroflax (Greg Davis) spend the majority of the episode spouting inane lines better suited to my terrible childhood Doctor Who fanfiction. Nevertheless, any interaction between the Doctor and River is still a joy to watch, their heartfelt final scene perfectly wrapping up the story we embarked on back in 2008. But like I said, this is the special’s only redeeming quality, the episode being completely let down by its strange tone and appalling supporting cast. 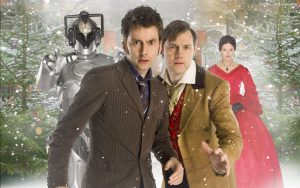 Travelling alone, the Tenth Doctor (David Tennant) discovers a man masquerading as ‘The Doctor’ (David Morrissey) in Victorian London – but is he really a future incarnation?

This tonally troubled episode comes too soon after the tragedy of Donna (Catherine Tate) in ‘Journey’s End’. Moving the setting from modern-day Earth to Victorian London is a good move, and helps up the Christmas factor, but the rest of the episode is forgettable, if not terrible. Jackson Lake (David Morrissey) is quite clearly not the ‘next Doctor’ (namely because David Tennant had four more specials until his exit), while Miss Hartigan (Dervla Kirwan) is a bizarre villain, with muddled motives and a questionable love for the Cybermen. And let’s not mention the Cyberking. While Steven Moffat’s cracks in time were controversial, they did us all a favour in deleting that event from the Whoniverse canon. 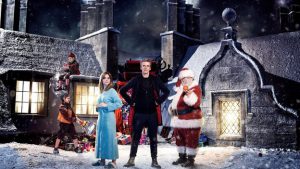 The Twelfth Doctor (Peter Capaldi) is reunited with Clara as the lines between reality and dreams blur, a North Pole base comes under siege, and Father Christmas (Nick Frost).

Peter Capaldi’s first Christmas special is far from bad, but suffers from a case of typical Steven Moffat over-complication. Nick Frost is good fun as Santa Claus, and the scenes in the North Pole base are genuinely scary, but the plot leaves your head spinning, shifting between dreams and reality without any explanation to what is what. Danny Pink’s (Samuel Anderson) brief appearance feels like another case of Moffat’s resurrection complex. However, at its heart, it’s the heartbreaking narrative of loss between the Doctor and Clara that gives the story its power, and managed to convince me that they were worth another series in the TARDIS together.

As the Tenth Doctor’s end seemingly draws near, one of his greatest foes begins to rear his head once again. 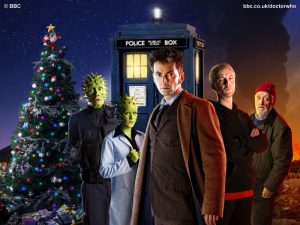 ‘The End of Time’ was in a very difficult position from the other specials at the beginning; not only did it need to draw a dramatic close to the David Tennant era of Doctor Who, it needed to do so in a Christmassy way. In a way, it botched both. Understandably, the tone of this episode is all over the place. The sheer number of dark prophecies, resurrections and ‘universe ending threats’ do not mesh at all with the introduction of a group of comedy pensioners or a pair of inept cactus-like aliens. The episode was never going to work as a fun Christmas romp, but in trying they ruined any hope of getting a dramatic send-off to arguably one of the best Doctors. The Master (John Simm) is as good as ever and that final scene with Rose still brings a tear to my eye, but ‘The End of Time’ is a bit of a mess.

So, still to come… Will Matt Smith’s regeneration in ‘Time of the Doctor’ clinch the top spot? Or will David Tennant’s dramatic arrival in ‘The Christmas Invasion’ win? Find out in Part 2, coming very soon…