Read more
You are at:Home»Culture»The Apprentice: The Final Two
By James Barker on December 16, 2016 Culture, Television

Let’s face it: it hasn’t been the strongest year for BBC One’s hit show, The Apprentice, in terms of candidates. Whereas in previous series you’ve had those few morons that you can gape at, it seems like every single one of Lord Sugar’s potential business partners hasn’t got a clue which show they’ve stumbled onto. We’ve had Aleksandra, who quit in Week 4 unexpectedly; Karthik, who bulldozed the other candidates in his determination to do things exactly his way; and Sofiane, who fumbled his way through each task barely able to string a sentence together. Even the final five didn’t shine with promise – both Alana and Jessica had broke down in previous tasks, Courtney’s pitches are just painful, Grainne got drunk in the previous task, and Frances has a win rate of two for the entire series.

Anyway, after the delightfully excruciating interviews (Claude refusing Alana’s brownie was a highlight), we’ve finally got our final two. I’ll talk you through their records on the series, their best and worst moments, and their chances of becoming Lord Sugar’s next Apprentice. 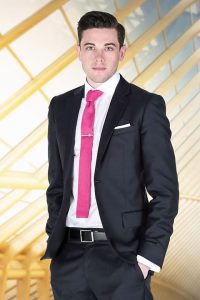 Courtney, 29, has been the only male in the running since Sofiane and Dillon’s departures in Week 9. He’s a ‘novelty gift company owner’, which the interviews this week showed to mean “he does stuff with emojis and other stuff”. His creation of 33 products in a year didn’t impress Sugar’s chief aide Claude, while his pitching skills left Karren Brady unable to hide her cringing on multiple occasions. Think back to the ‘Giin’ task, where he basically stuttered his way through the first two minutes until (his now-rival) Alana took over, and we all breathed a sigh of relief. Claude also encouraged him to show some passion in his work, shouting at him in a memorable interview scene.

It’s not all bad though, as Courtney has shown some great creativity over the series run. ‘Giin’, although an albeit dodgy name, was actually a plausible product, unlike ‘Colony Gin’, a orange gin that horrified all consumers. He was project manager for the task, and also won back in Week 6 as PM, in a particularly hard task which saw the candidates tracking down a list of Lord Sugar’s items overnight on a strict budget. However, his people skills are pretty diabolical and his business plan seems a bit – meh. Find him on Twitter @courters_wood. 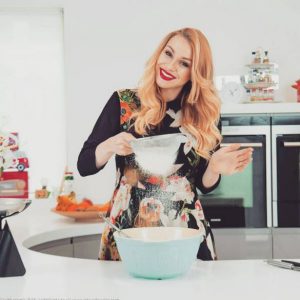 Alana, 24, has had the most significant character arc of any candidate on The Apprentice ever. Timid Alana regularly broke into tears in early weeks, ended up in the boardroom on Weeks 1 and 2, and came very close to Sugar’s firing finger. She’s a novelty cake designer who started her business at an impressive 17, and in the interviews her plan to expand into baking for large-scale events showed promise. She encouraged the interviewers to try her brownies during the interviews, but Claude quickly turned his nose up at the unprofessionality at the whole thing.

Alana’s indecisiveness has been seen to worry Karren, and at the start she seemed pretty much the worst of the bunch. However, her rise to ruthlessness would impress even Cersei Lannister. From quickly melted under pressure to ice woman, Alana has come into her own in the boardroom in recent weeks. Though beaten to PM by Courtney, Alana was key to winning the ‘Giin’ task, creating a memorable raspberry flavoured Gin, enforcing that it shouldn’t be coloured, and taking over the pitch when Courtney floundered. In Week 3, her (admittedly appalling) leadership in a sweet task led Titans to victory. In one of her interviews, when asked about her boyfriend being her employee, Alana agreed that if necessary, “he could be replaced”. It’s like something out of Westeros, and I love it. Find her on Twitter @Alana_Spencer_.

So my verdict? Purely for the fact she’s actually got a personality, I hope Alana Spencer wins. The Apprentice wraps up in a spectacular finale this Sunday (18th December) with old teammates returning to help Alana and Courtney pitch their business ideas in their bid to “become Lord Sugar’s next business partner”.