With The Force Awakens getting such a great reception worldwide and Rogue One just around the corner, things are looking pretty rosy for the Star Wars franchise. This new instalment has rendered a lot of the crowded ‘expanded universe’ of books, comics and games virtually obsolete, much to the dismay of fans around the globe. But before we get a little too nostalgic, this article will explore some of the wackiest and worse the expanded universe has produced that, in hindsight, it probably shouldn’t have.

Worst Comic – The Star Wars universe has spawned some truly awful comics, but none of them can top Issue #48 of Marvel’s ‘The Third Law’, where Leia and the Rebel finance minister go to a banking planet to get a loan. Darth Vader attempts to halt the Rebels’ efforts to secure this loan, and kills the finance minister (who’s actually a robot) in order to gain the jewels Leia put up as collateral. Riveting stuff.

Worst Novel – Remember the time when Luke joined a cult led by a sentient gold blob? Or the iconic moment where he meets his clone, ‘Luuke’? The classic 1992-3 Jedi Prince series by Paul and Hollace Davids tops them all. The books star Ken, son of Kendalina, the Emperor (who has two sons called Triclops and Trioculus), Darth Vader and his magical glove, and Luke Skywalker, who’s turned into a Greenpeace activist. 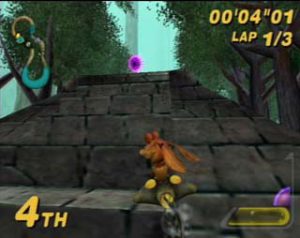 Worst Game – Games in the extended universe are something that the Star Wars franchise has usually done pretty well… but they bombed badly with 2001’s Star Wars: Super Bombad Racing. ‘Bombad’ is apparently the Gungan word for ‘superior, superb or great’ – so Super Bombad Racing literally means ‘Super Superb Racing’. The knock-off Mario Kart of the Star Wars universe, you have to suffer through ‘cute’ versions of all the characters – which basically means they all have massive heads, including Darth Maul and Obi-Wan Kenobi.

Worst Merchandise – If you’re ever in the market for Chewbacca Crocs, an R2-D2 meat smoker or a Lando Calrissian disguise kit, then somebody has got you covered. By far the weirdest is definitely the Jar-Jar Tongue Sucker. Attempting to replicate the slightly gross moment where Qui-Gon Jinn grabs Jar-Jar’s extra-long tongue in The Phantom Menace, you’re forced to basically French kiss a sweet dispenser. It’s been heavily criticised, including by an American Baptist Church that claimed Jar-Jar was an instrument of Satan. They’re not far wrong.

Worst CD (yes, really…) – The Star Wars Christmas album Christmas in the Stars was released in 1980, with Anthony Daniels reprising his role as C-3PO. In the sequel you never knew you needed to Star Wars and Other Galactic Funk, experience the ‘Intergalactic Droid Choir and Chorale’ serenading you with well-known favourites such as ‘What Can You Get a Wookiee for Christmas (When He Already Owns a Comb?)’ and ‘R2-D2 We Wish You a Merry Christmas’. The cassette copy is apparently highly collectible…

The next big thing from the canonical (and good) Star Wars universe is Rogue One, which arrives in cinemas on 15th December 2016. Our Rogue One-themed issue can be found on campus now.