I'm A Celebrity has failed to really hit the mark this year, plagued with a lack of drama and excitement.

So for the past two weeks, I’m A Celebrity… Get Me Out of Here has returned to our TV screens, and its now reaching its final week, where we’ll find out who will be crowned this year’s King or the Queen of the Jungle. While the camp has been filled with personalities this year, and we have all loved the quirky friendship of Larry Lamb and Scarlett Moffatt, something has felt fundamentally a bit off; or less exciting, anyway. The problem lies in that there simply hasn’t been enough drama, tension and food-less agitation. While they have tried, especially by introducing Martin from Homes Under the Hammer, nothing has managed to live up to the delight that Lady C gave the nation this time last year. 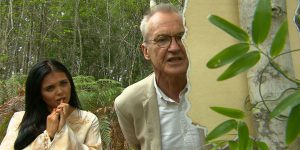 The group this year has simply gelled too well, with the only upsets being caused by Martin because Danny gloated a bit too much after winning a challenge, and Larry has been seen to be a little insensitive. Otherwise, they have been playing ‘Happy Families’. Just imagine the Christmas episode of EastEnders if they forgot to kill someone, start a massive fire or cancel a wedding. It’s just not the same. The highlight of one episode was a discussion of Martin’s fondness of tree-hugging, and his attempt to get Adam to try it! I mean, it’s hardly riveting entertainment. Despite this, Scarlett, Larry and Carol have a good humour and sweetness between them, bolstered up by Joel. In fact, the biggest dramas have all happened off-screen, with the show being accused of ‘bullying’ by major UK anti-bullying charities, specifically for its representation of Martin and their failure to intervene when he showed signs of ‘clear distress’ at how he was directed around. 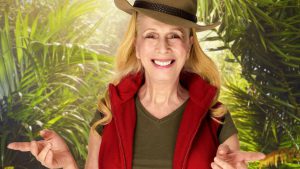 Do we need last year’s Lady C back? (ITV)

This year’s trials have also fallen flat, largely due to the team’s unbreakable excellence at completing them—for the first two weeks they never fell below eight-stars, even when the producers put a group of family-size spiders in front of Adam, and a collection of Australia’s finest pythons on Jordan’s face. They have tried to step up the challenges, specifically in the recent challenge of holding live animals in your mouth (see the video below), but this failed to really challenge the contestants and sparked controversy regarding the treatment of animals online, with the show being branded ‘sick’ and ‘cruel’. The main problem here though is that there is no Lady C, no Helen, no Gillian McKeith. The best series’ has had that controversial character who struggles through the trials and causes tension in camp. Lady C played this part perfectly and, alongside Vicky, managed to make the series on of the best yet last year. The producers are clearly struggling to make drama and entertainment, and are reducing themselves to cruel trials and weird challenges to do it, even though their attempts have not really succeeded. The only thing they have failed out is one Dingo Dollar challenge. They’re probably eating better than most university students right now.

The only saving grace—as always—is Ant and Dec. They have bought their quick-witted humour to the series, and always impress with their cheeky-chapping presenting skills. Even they had to admit though that the campmates were “living a life of luxury” with the food and quiet in camp. However, they cannot make the show without the drama there ready for them to joke and make fun at. They’re left making jokes at how successful they have been, or how we’d all love to see Martin’s face on an I’m A Celebrity toilet roll.  Now let’s have another look at that tree huggers VT…

I’m A Celebrity has always been one of the highlights of the annual reality TV-roster, but this year its failed to really hit the mark as the campmates have been less drama and more, well, dull. Lady C may have got on our nerves but at least we really wanted to watch her. Let’s be honest: who wants her to return? But then apparently Larry Lamb might be quitting. Perhaps there is hope that the final week might turn the series around.

I’m A Celebrity continues all this week on ITV.